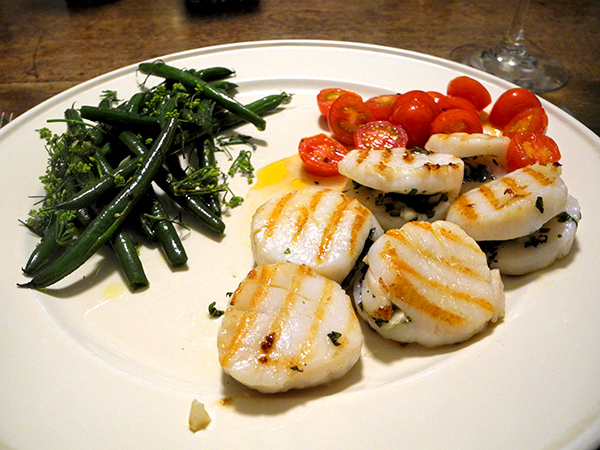 I spotted the largest scallops I’d seen in a long time at the Greenmarket on Wednesday, so I jumped on them. Because I had more time to prepare dinner that evening than I normally allow myself, I decided I could go to one of my favorite scallop recipes. It’s only a little more complicated than the very simple one I use most of the time, but it does involve a few minutes of busy work.

I found the basic recipe years ago, in Mark Bittman’s 1994 book, ‘Fish: The Complete Guide to Buying and Cooking‘, where he describes it as “..among the most impressive appetizers I know” (I actually prepared them as an appetizer only this one time). Today there’s also a link on line, a 2012 piece he did for the New York Times, and it includes a 4-minute video, if that helps.

Bittman suggest that alternative fish for the recipe would include monkfish, cut into medallions, thick swordfish or tuna steaks, or even large shrimp, with cooking times adjusted accordingly. 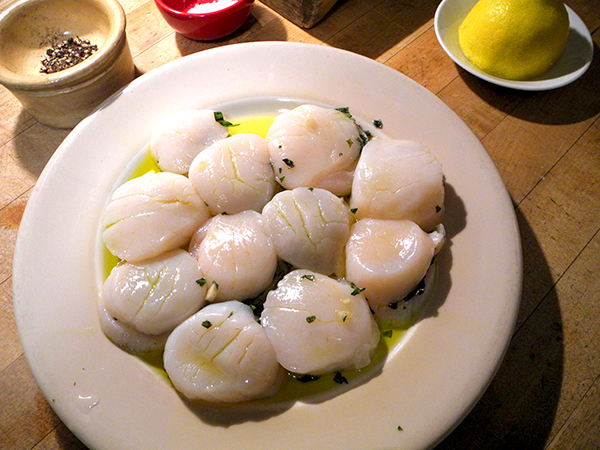 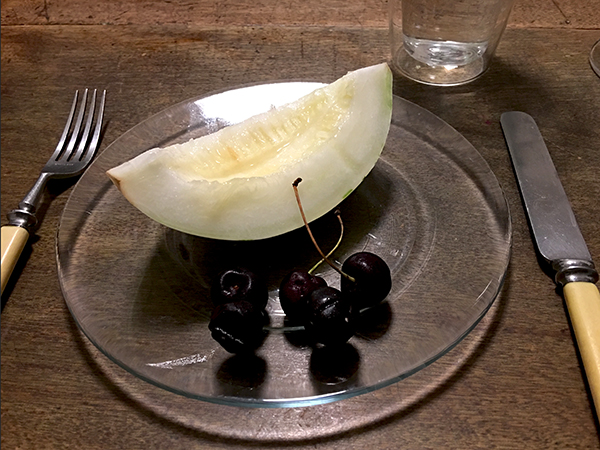 There was fruit for dessert