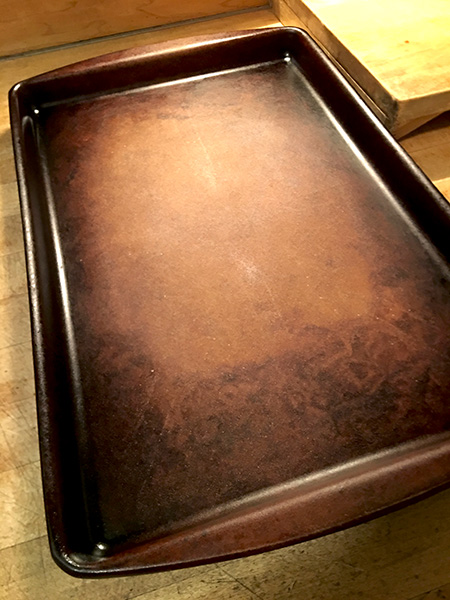 This is one of the four unglazed ceramic (stoneware) pans I use regularly (two large, one medium, one small), and I cannot say enough about how wonderful they are.

I use them mostly for roasting vegetables, but they’re also ideal for pizza, at least by my lights.

This one is the most seasoned of the four, in both senses (they should be washed as you would a good cast iron pan, that is, without using soap).

I don’t recall how I first heard about them, more than 8 years ago, but I bought mine on line. They are made and distributed by the marketing company, Pampered Chef. 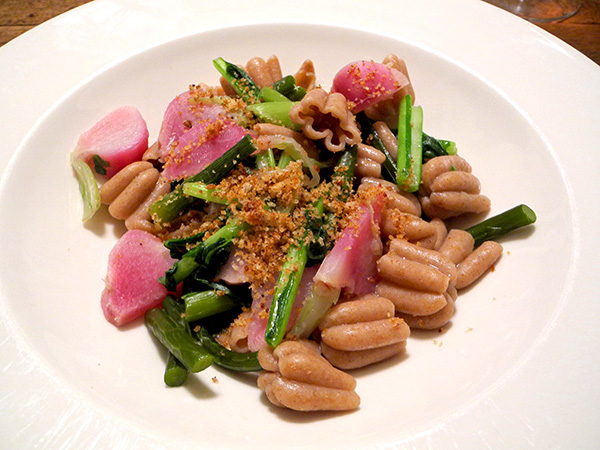 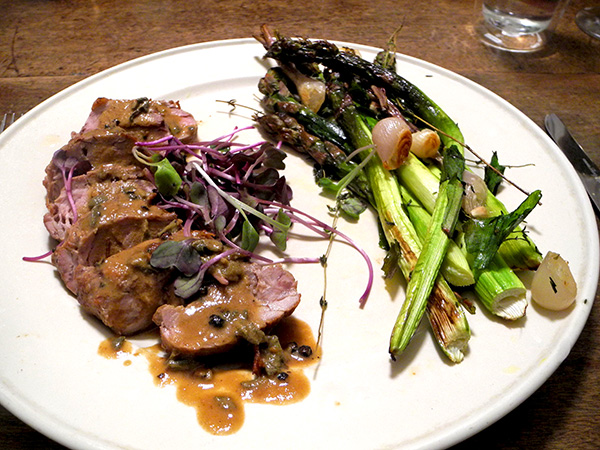 Part of my life seems like it’s lived in the 19th century, or at least the first part of the 20th. I buy my comestibles from local farmers or maybe their helpers. I cook at home for our little family, and sometimes for guests as well, almost every night. I wash dishes by hand. We use cloth napkins exclusively, even if we usually keep the same ones over several days, replacing them in our assigned napkin ring (this is definitely a homey 19th century thing).

My food venders know me, and aware that I’m open to almost anything new, they occasionally suggest I try something out of the ordinary (I note here that “open to anything new” may not be something universally associated with the 19th century). That’s how this cut ended up on our table Sunday night. It started with, “Hey would you like something special?”

I’m not saying pork tenderloin is exactly out of the ordinary, but it’s shown up on this site only once in the 8 years it’s existed.

I didn’t have to be sold on the beautiful purple asparagus I saw mixed with some green ones at another farm stall just steps from that where I had found the pork a few days earlier. I knew that the purple stalks lose almost all of their color once cooked, but they were gorgeous. As their numbers were fewer than the green, I gathered up some of both. 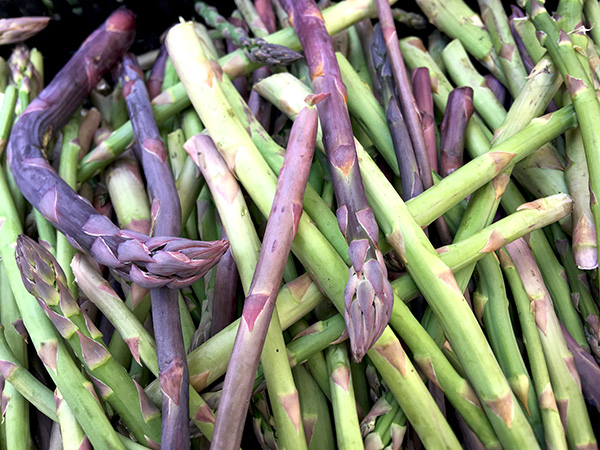 Our spring ramps are gaining a little weight by the end of May, and this may have been the last we’ll see of them, at least from some forager/farmers. I included some with the asparagus.

There was also a small primi, served just before the tenderloin. 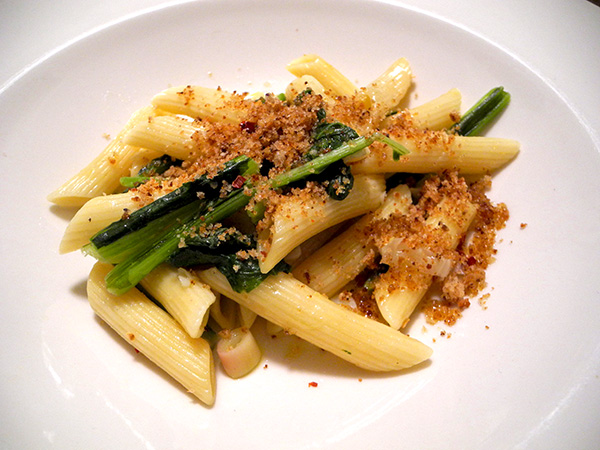 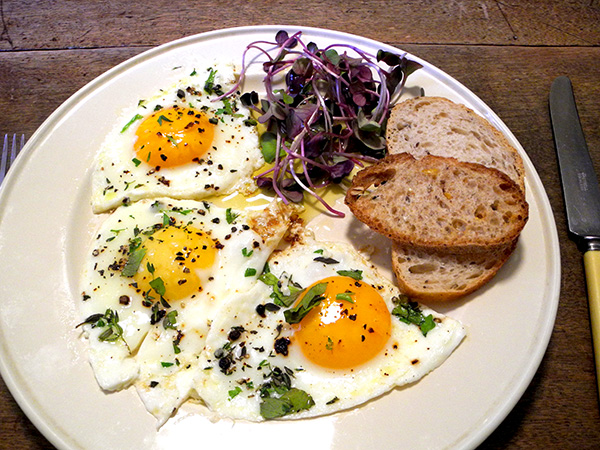 Sunday breakfast this time was pretty minimal, but still pretty, and delicious.

My only indulgence was including a bit of habanada pepper, and then a micro radish flourish at the end. 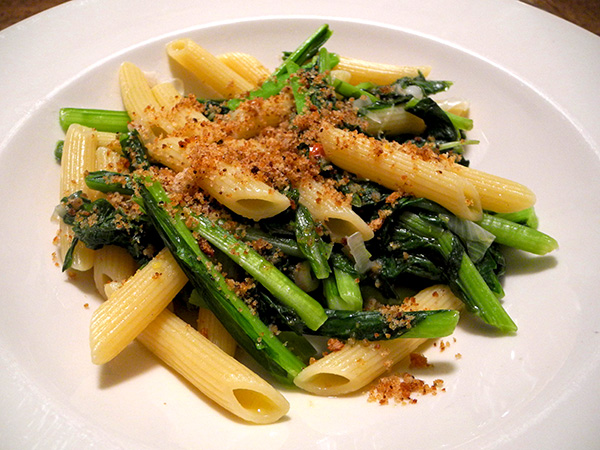 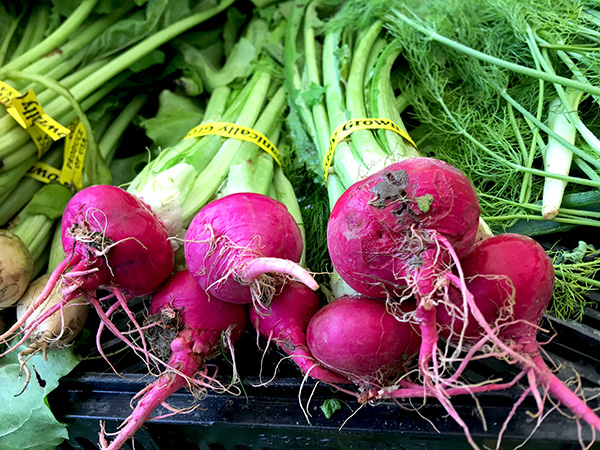 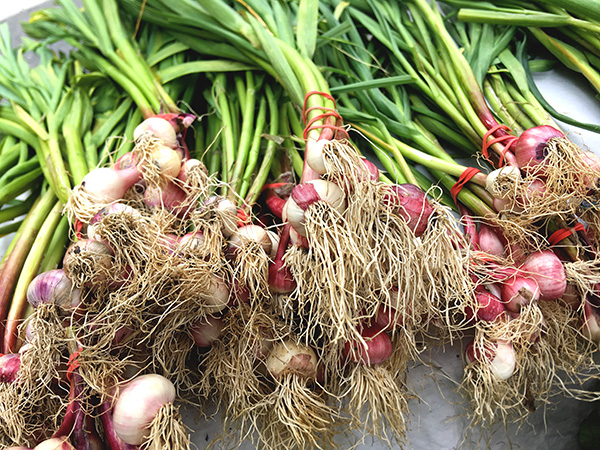