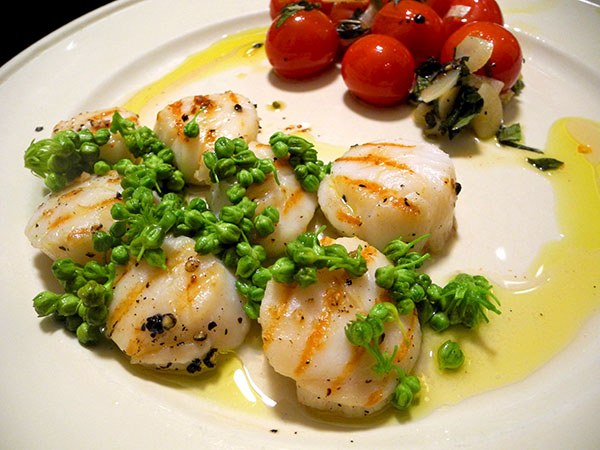 it was one of those dinners that work out so well it makes up for any number of indifferent outings that may have preceded it.

Milkweed was the star, first, because I had never heard of its use in cookery; second, because I came upon it by chance in our local Greenmarket, offered by the local farmer himself; third, because the buds were so beautiful, both before and after arriving on our plates; and, fourth, because they were absolutely delicious and a perfect accompaniment to the scallops I already had in my insulated ‘creel’ when I spotted them.

Their flavor is described somewhere as a cross between that of green beans and asparagus; I’m only introducing that reference because Barry and I may be the only people we know within range of this post who now don’t have to rely on a description, especially one which denies their individuality. 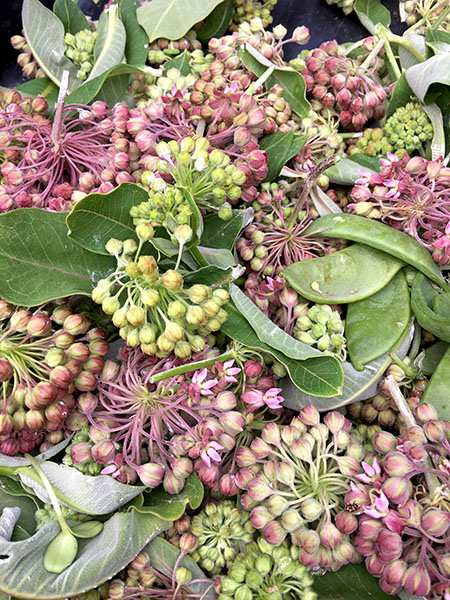