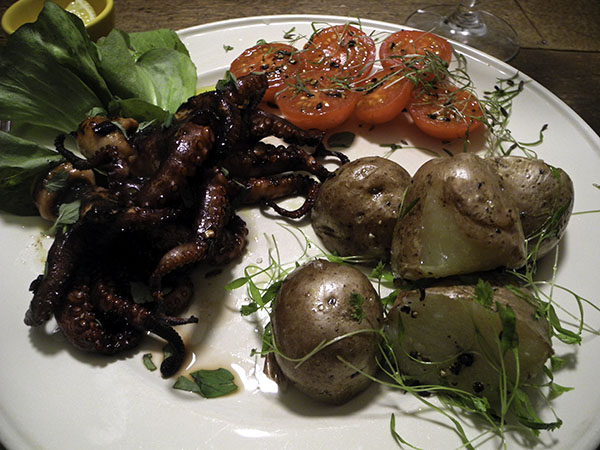 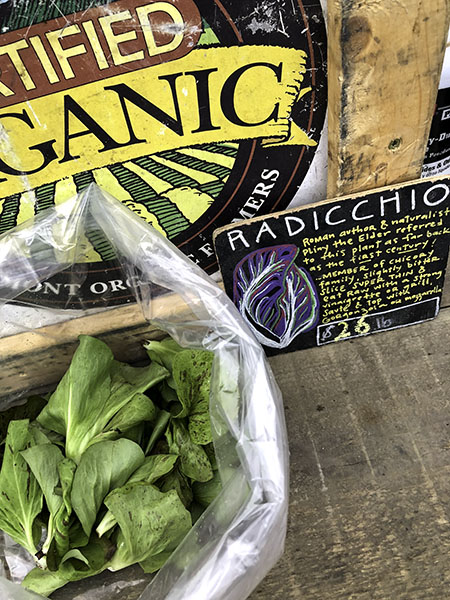 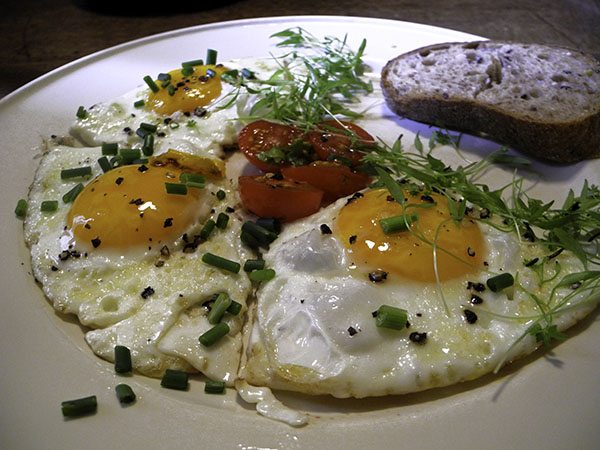 Our Sunday egg regimen was moved to Monday this week, and it was simplified slightly along the way. In the interest of getting a (relatively) early start on our visit to the Whitney, I went easy on the condiments, and I skipped the bacon. I was rewarded, for the first time in weeks, with rich perky egg yolks that didn’t break before they were asked to.

Because it was Monday and not Sunday, we accompanied ourselves with the very secular John Cage. 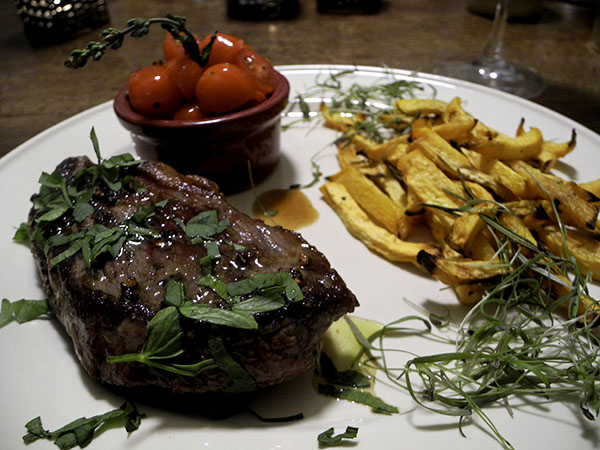 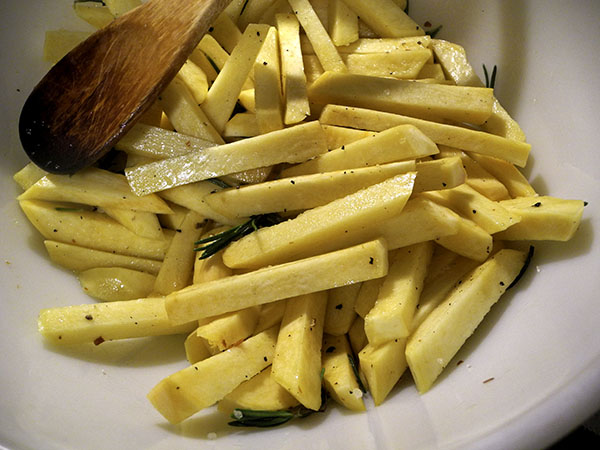 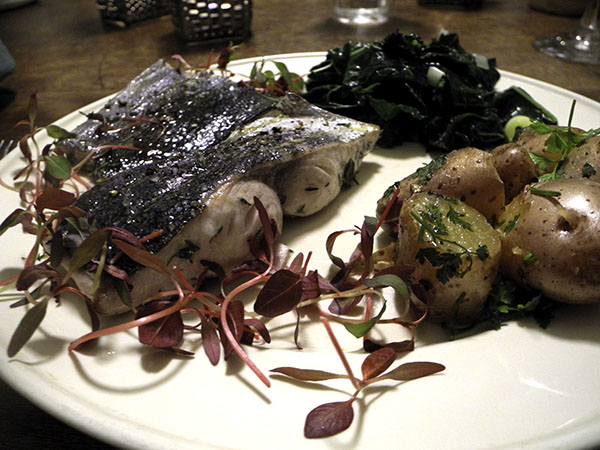 First, it wasn’t the mammal. It had gills and fins, at least originally.

Second, this time I decided I’d prepare this wonderful fish, which is oddly tagged, the ‘common dolphinfish‘, as simply as possible.

It began with a simple marinade.. 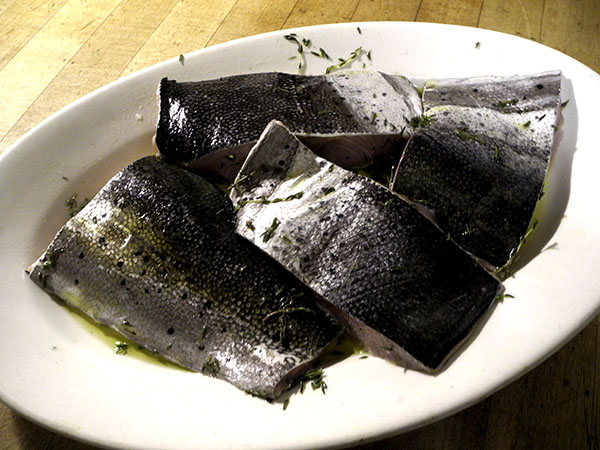 ..and wound up as a simple grill, the dolphin arriving on the plate dressed in nothing more than a squeeze of lemon, a drizzle of olive oil, and a colorful garnish.

Even the vegetables fended pretty much for themselves in this meal. 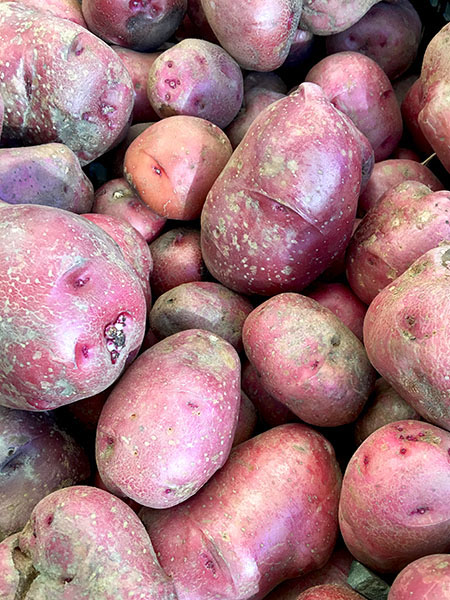 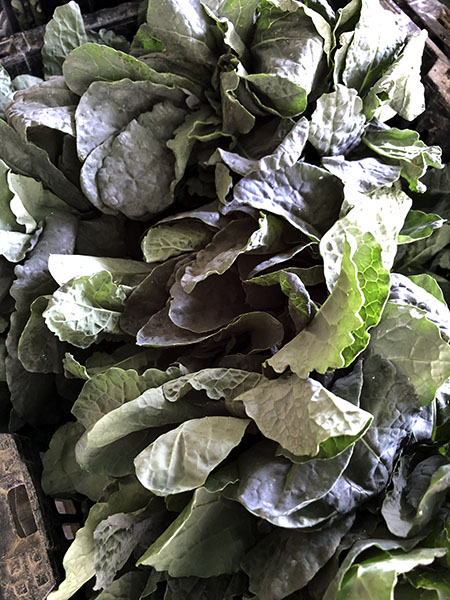 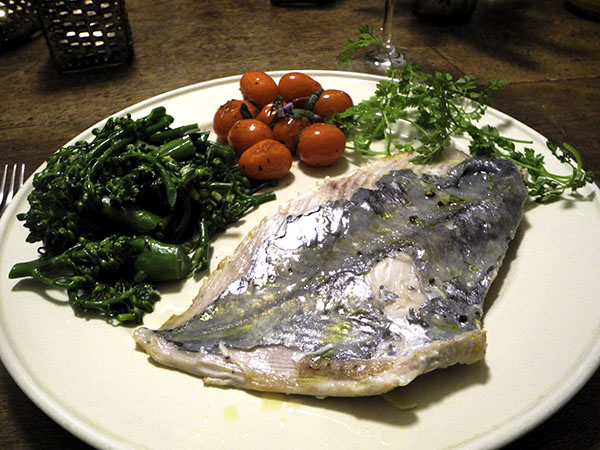 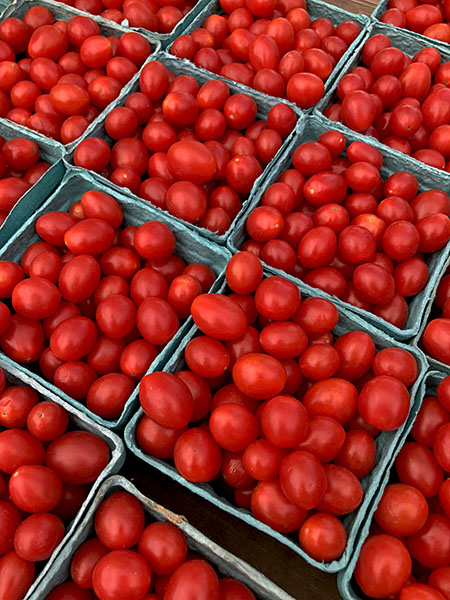 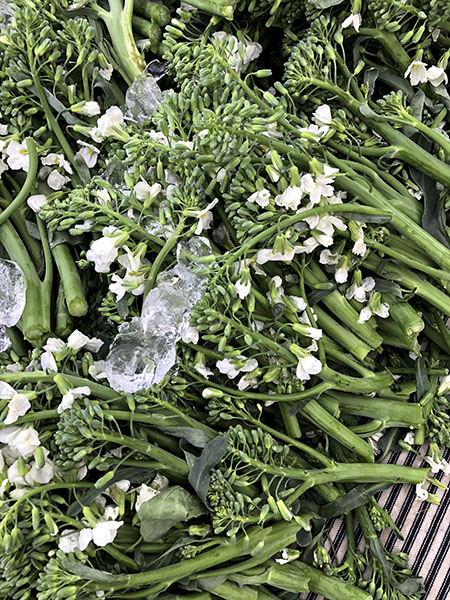