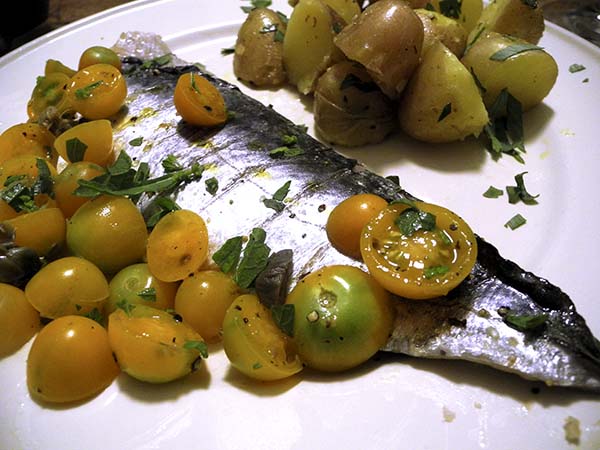 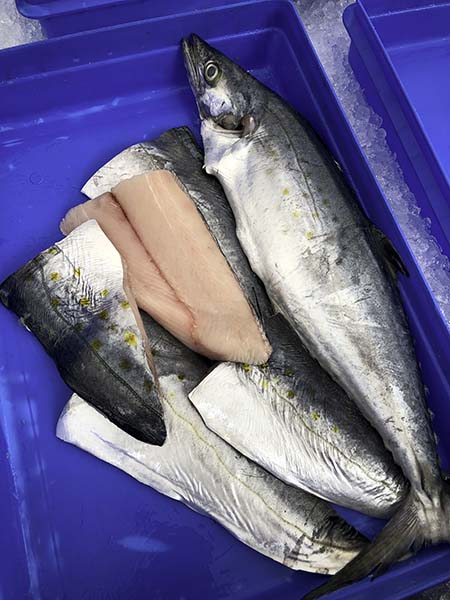 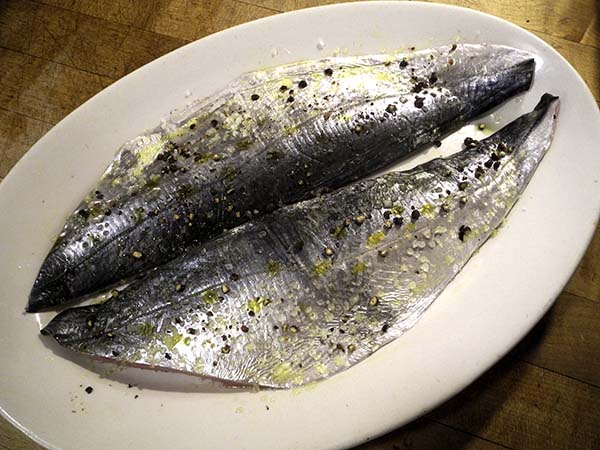 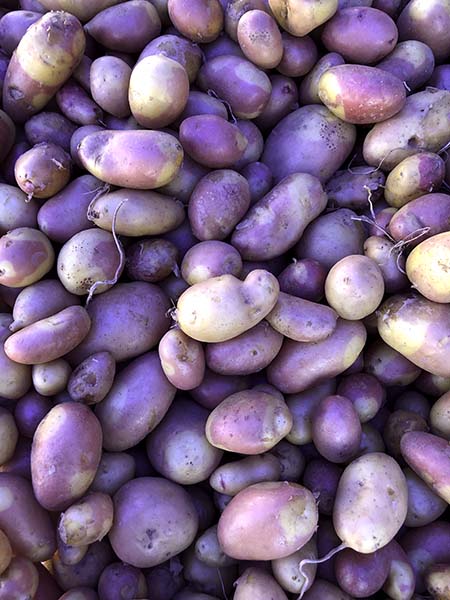 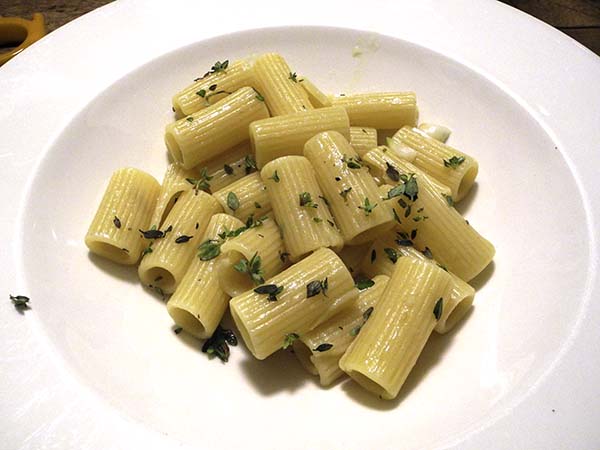 It wasn’t clear we were up to a full dinner until moments before I began cooking. What did it was a proposal for the simplest of pastas, aglio e olio, and then I went and threw an herb into it. 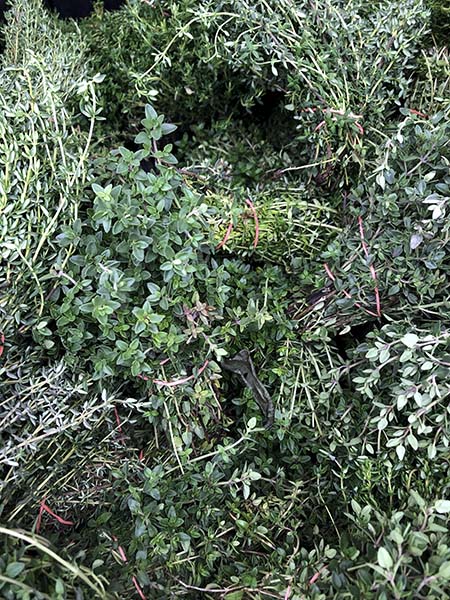 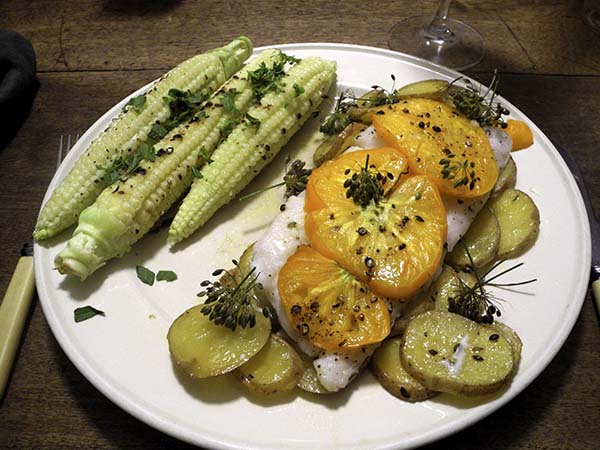 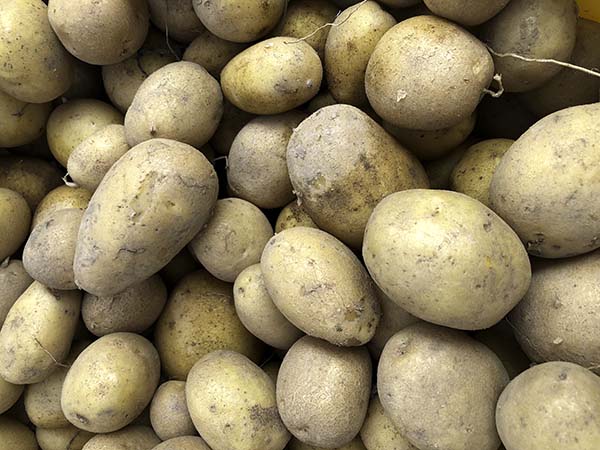 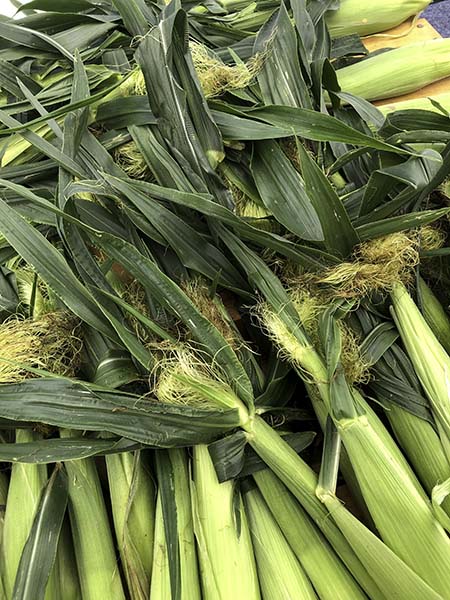 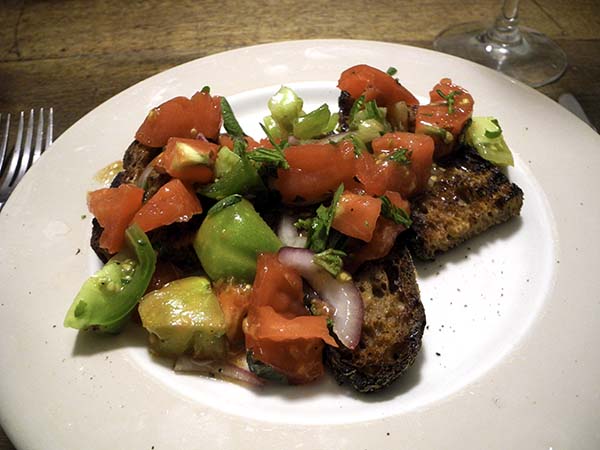 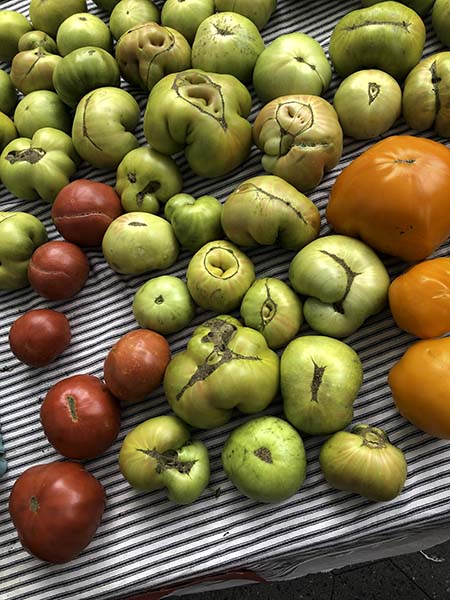 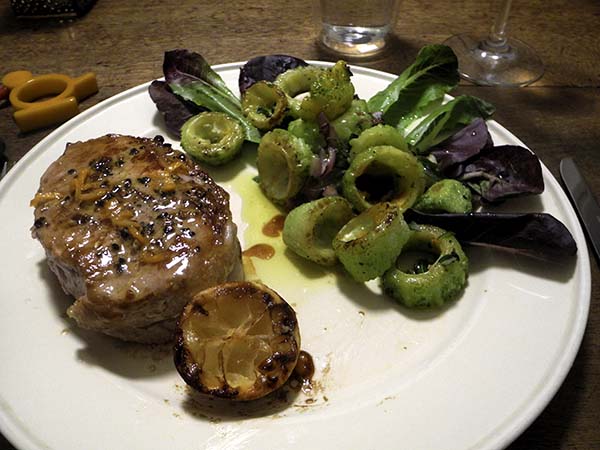 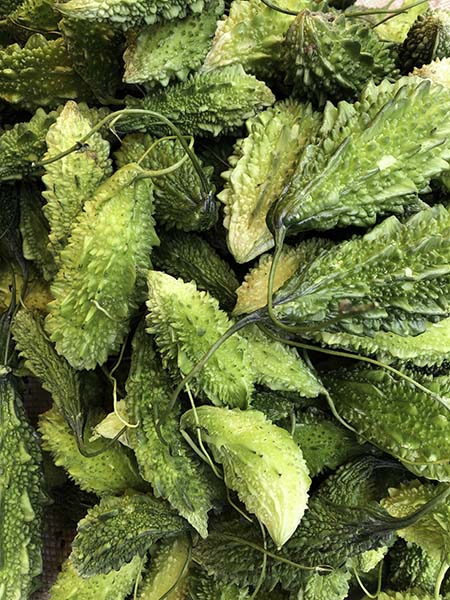 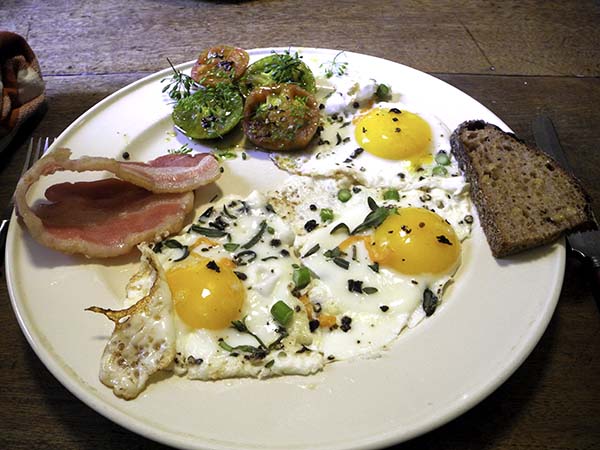