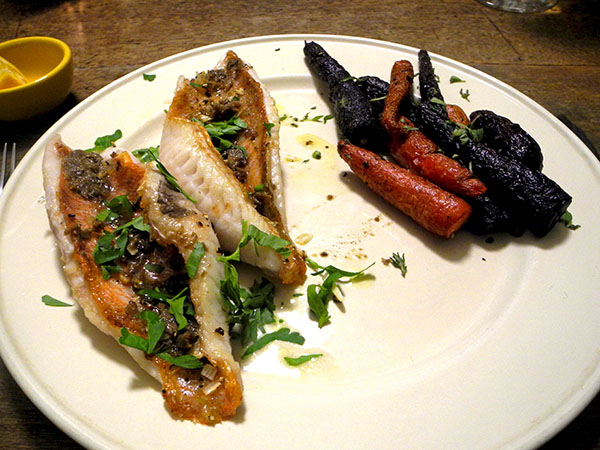 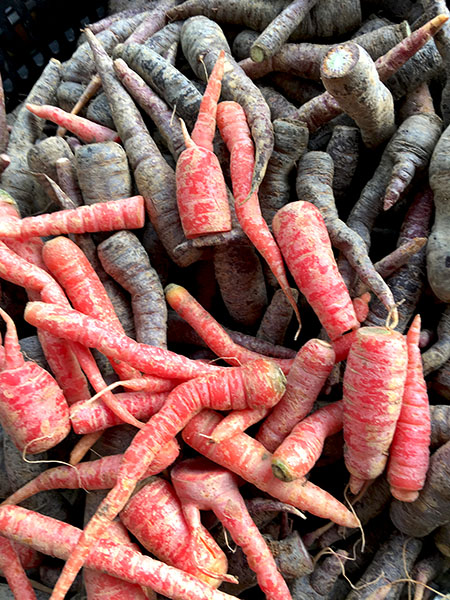 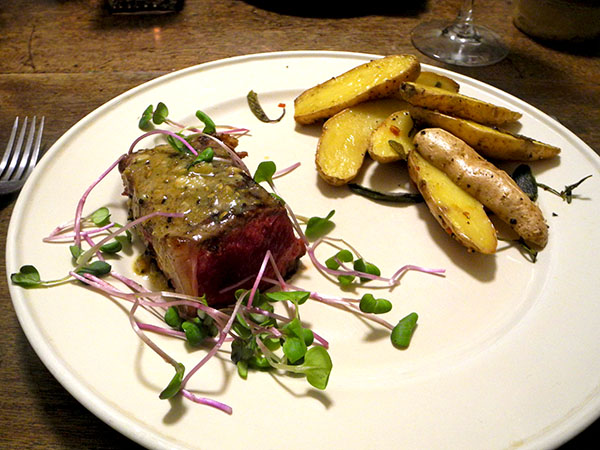 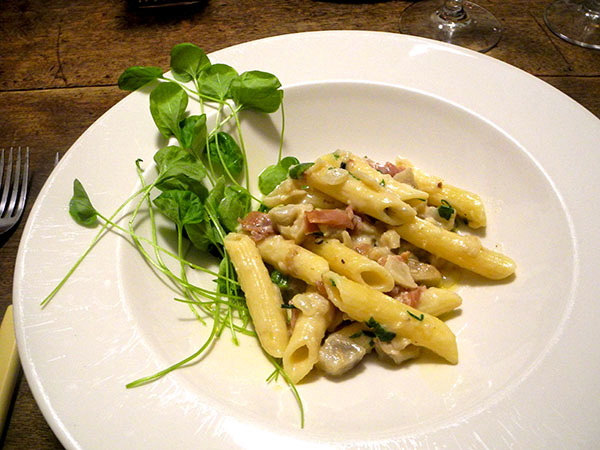 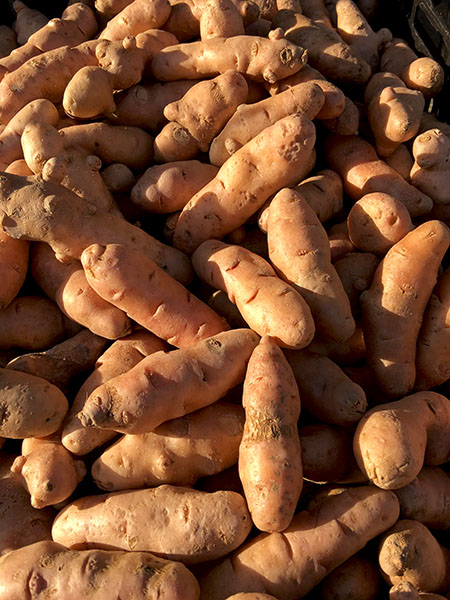 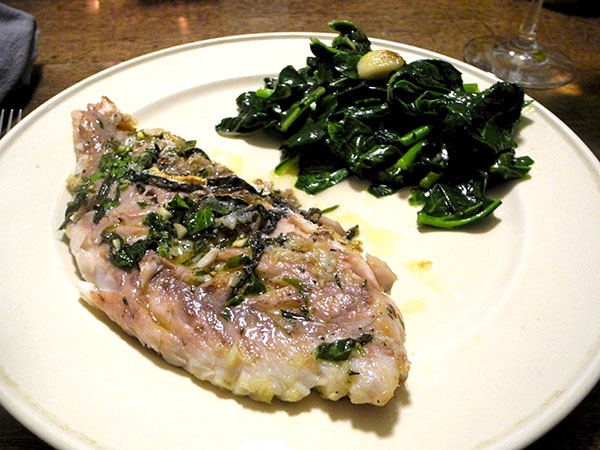 This is a wonderful fish, and the simple recipe I used last night allows its own virtues to be fully savored.

The image immediately below is of the fillets in the marinade, and the bowl of uncooked washed and cut greens). 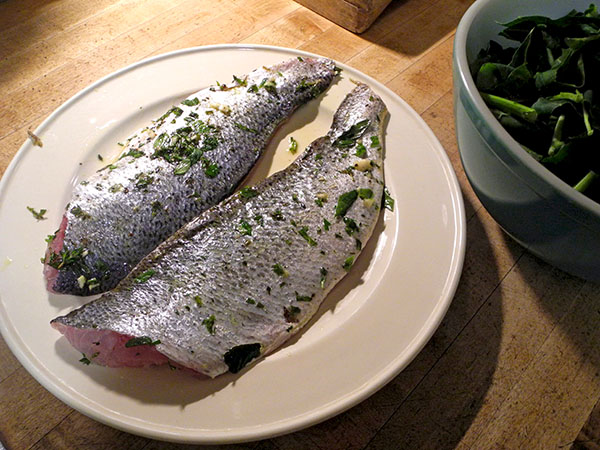 Resting inside a tub in the Greenmarket earlier that day – near the end of January – the collards were totally irresistible. 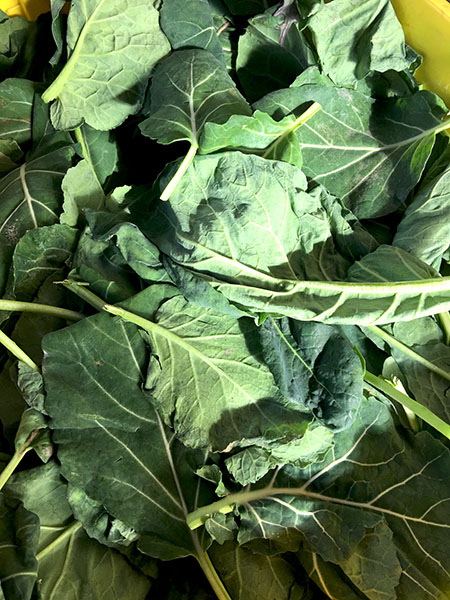 There was a very good cheese course, but I neglected to photograph it. 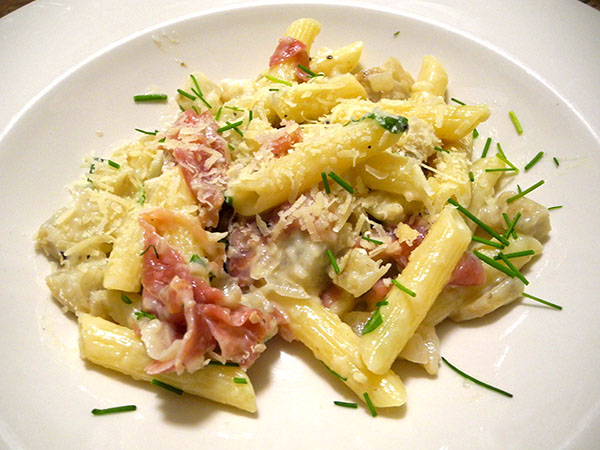 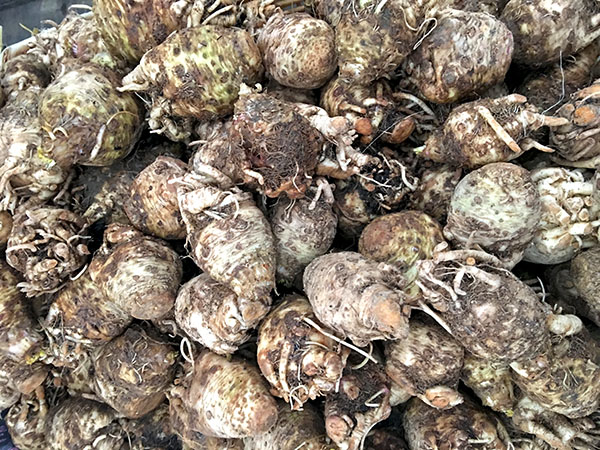 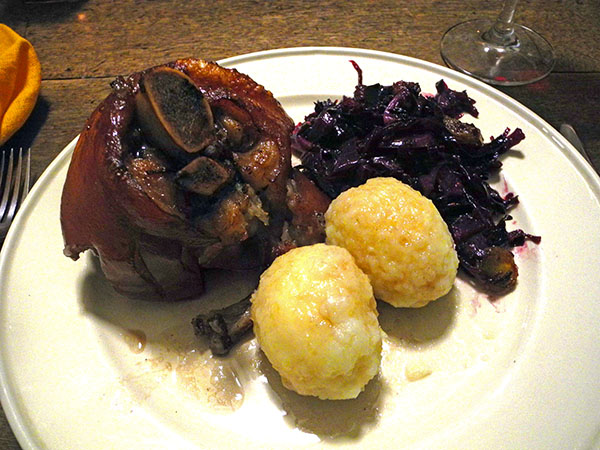 Somewhere, while doing research for this meal, I came across a reference to a Bavarian proverb intended to reassure a cook worried about how large a knuckle to use: ‘‘S is ned, wia grous’ s is, aba wia guad’ s is.‘, it goes, at least as I translated it from the English into Boarisch, with some online help. I think the English went something like, ‘It’s not how big it is, but how good it is’.

Barry and I both had numerous occasions to vouch for the goodness of Schweinhaxe, and we’ve never had one that was too small – or too large – and they’ve all been very good.

The difference between Eisbein and Schweinshaxe may not always be hard and fast (puns intended), but basically Eisbein, often associated with Berlin, is a cured or smoked (gepökelt oder geräuchertes) knuckle, and Schweinshaxe, very big in Bavaria, is fresh pork. They are both deceptively and incredibly delicious.

I’ve cooked pork knuckles before, in that case, 2 years ago, it was smoked Eisbein (beziehungsweise, geräucherte Schweinshaxe); last night I tried my hand at ‘Schweinshaxn‘ (the Bavarian spelling).

I combed my books, paper files, and the internet in order to assemble a working model of a recipe. I ended up using most of that included in the large compendium, ‘Culinaria Germany‘.

We were both delighted with the result, but I should leave the cook (me, and whoever) with a lesson and a suggestion:

I’ve included images of the vegetables in the pan after the meat had been browned, and another which shows the hocks returned to the pan, before being placed in the oven. 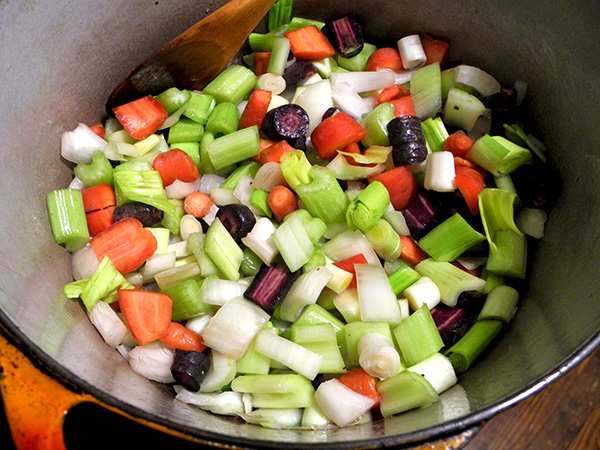 If you think you’d like a tasty savory carbohydrate with the texture of mom’s sponge cake, you’ll love Kartoffelklöße (also Kartoffelknödel) as much as we do. They may also be one of the easiest side dishes ever, as long as you have access to a great market like Schaller & Weber. 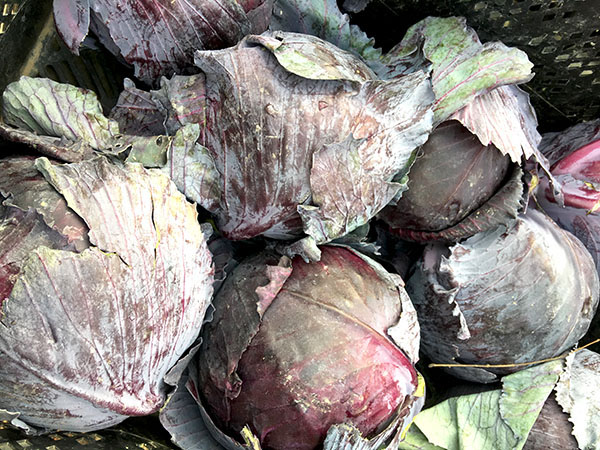 Here I’ve used the image of cabbage in the greenmarket that appeared on this blog once before, but then it was to illustrate a post about a meal which incorporated only a leaf or two. In fact I had bought this head almost a full month ago (winter vegetables, while limited in their variety, are often very forgiving about home storage issues), so the picture probably deserved a revisit.

For the red cabbage I began with a recipe published by Martha Stewart because I didn’t have enough time for the more authentic Mimi Sheraton German version, however I found myself sweetening it near the end (to relate better to the Bavarian elements in the rest of the meal)