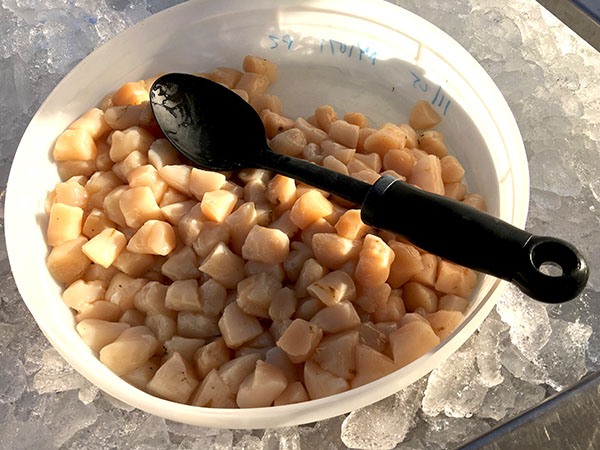 halfway between the bay and our table: Taconic Bay scallops in Union Square 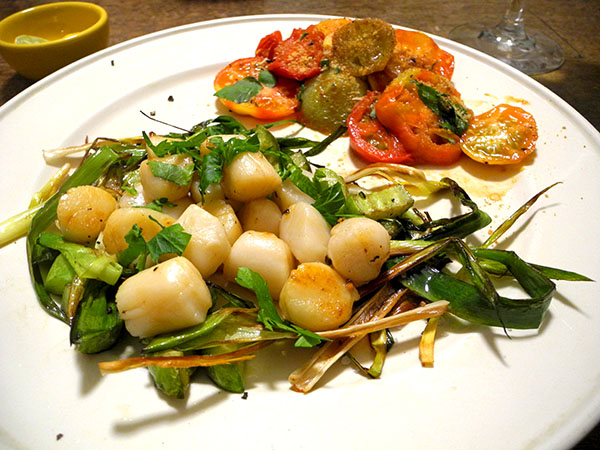 this plate looks far more interesting than it should

Everything tasted good, but the dish wasn’t as worthy as the ingredients themselves.

Whether it was my lack of familiarity with the star, Taconic Bay scallops (their season awaited all year long, and the virtually worshipped by their devotees), or the fact that I was too concerned about including too many of the fresh vegetables I already had on hand, this meal didn’t match our expectations. I had also worried at first that there might not be enough on the plates, so I expanded on the presence of both the scallops and the tomatoes.

Still, I think I learned a lot. One lesson would include trying, in the future, to keep these beautiful little mollusks as close to their raw unadorned state as possible, either by preparing them for ceviche (I didn’t have the time last night) or with virtually no processing and using little more than oil or butter, salt and pepper. I had tasted one at the market earlier in the day, raw, and it was extraordinary (the last time I had a raw scallop was 30 some years ago, when a friend and I, becalmed while sailing off Watch Hill, were offered some by a scallop fisherman raking the bottom of the sound near us). 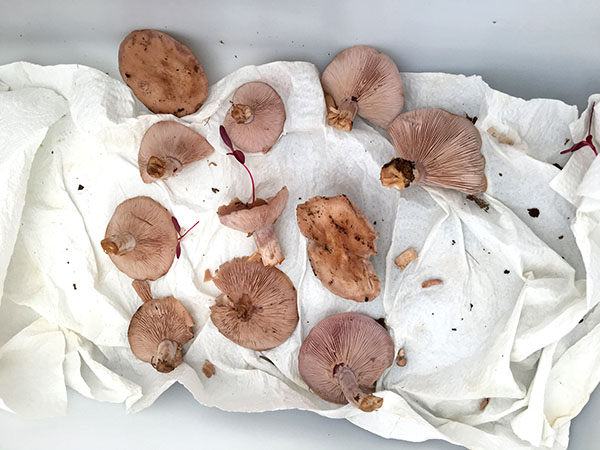 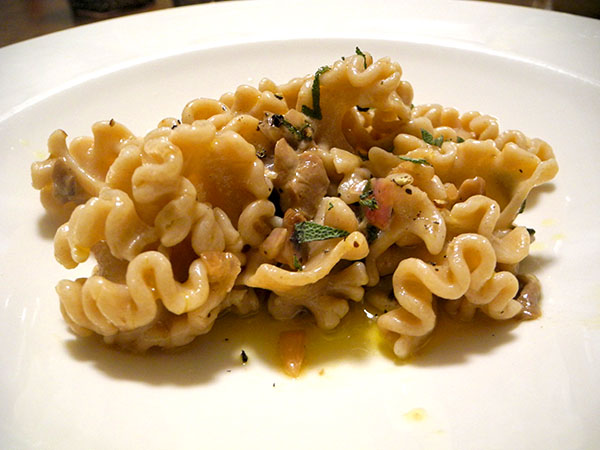 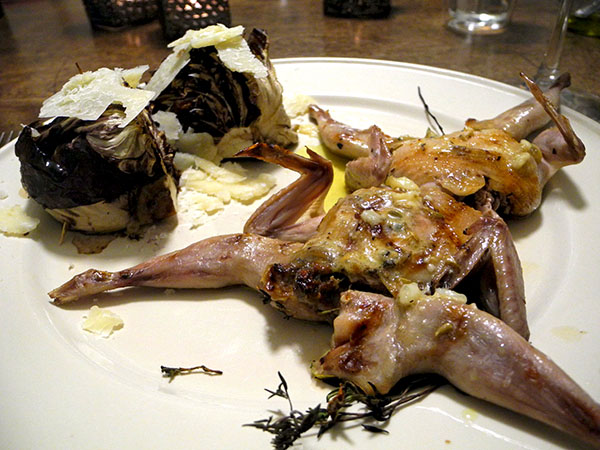 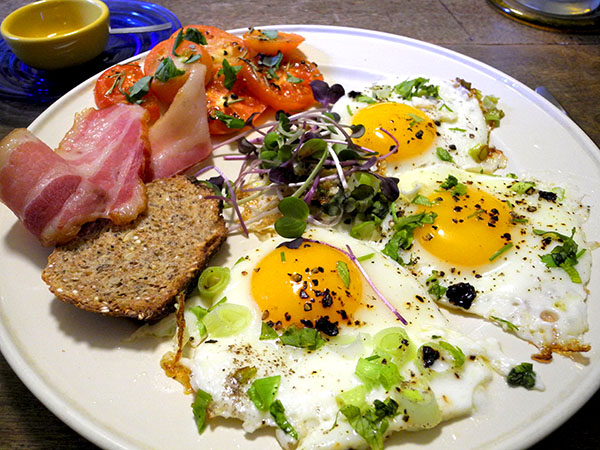 I try to bring some variety to my basic Sunday breakfast-lunch foumula of eggs, bacon, and toast. This time I may have brought more to the table than ever before. 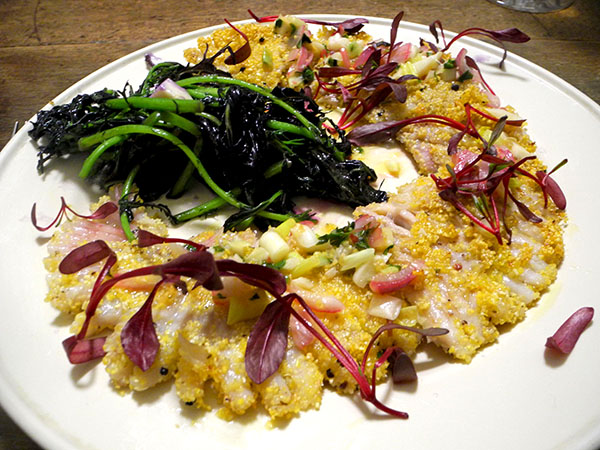 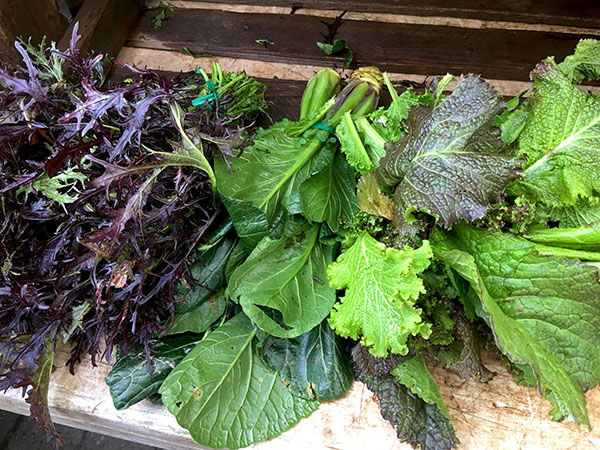 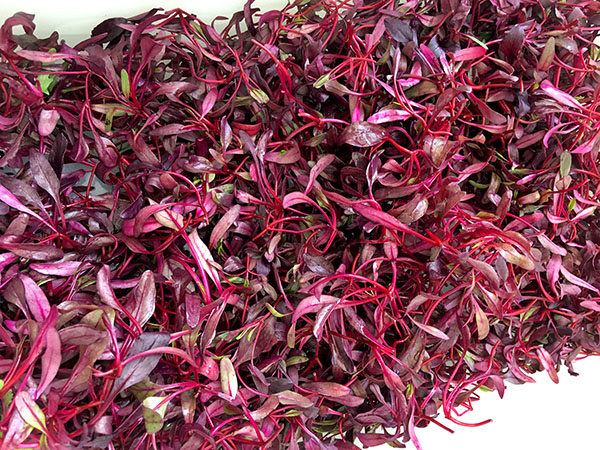 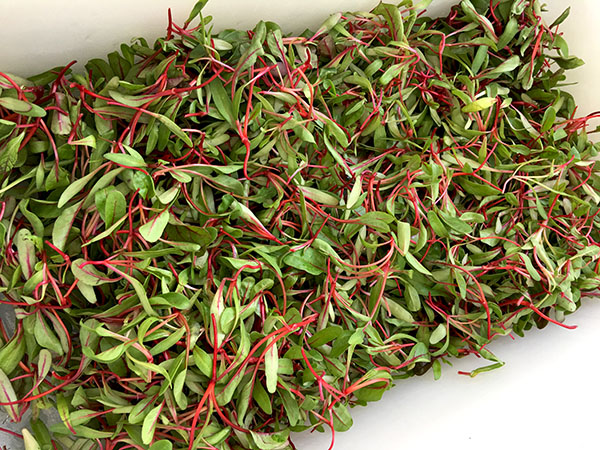 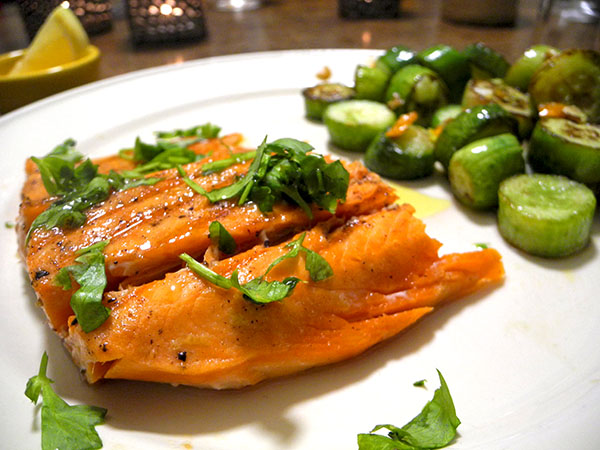 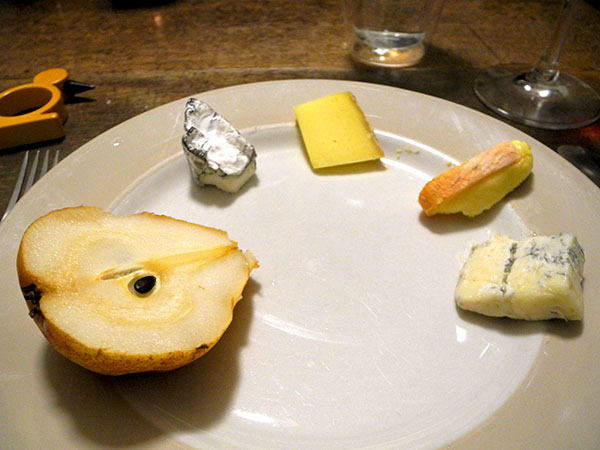