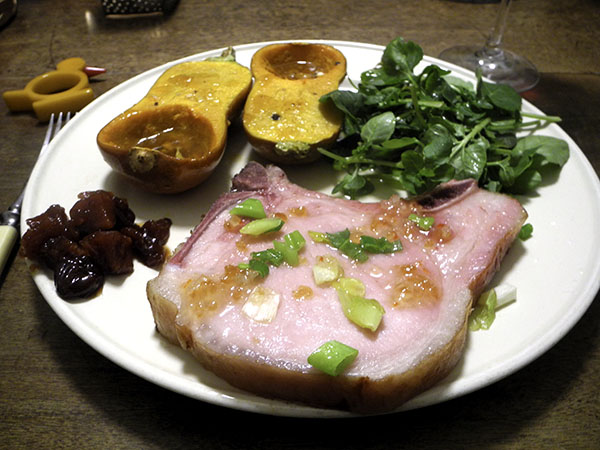 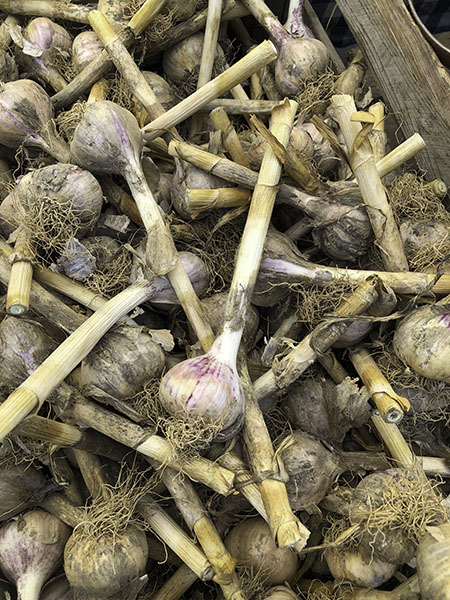 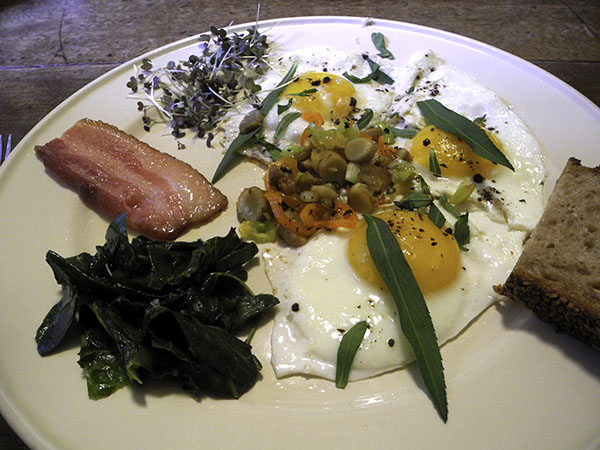 I wasn’t even sure I’d  make bacon and eggs this past Sunday, since I had been thinking of the 2 roti from Bombay Emerald Chutney Company lying inside the freezer, but then I also remembered I had some extra fresh stuff on hand that I’d be unlikely to incorporate into anything other than an improvised plate of eggs and things.

Even then I wasn’t sure I’d post about it, until I looked at the picture I’d snapped that afternoon; I decided I’d like to both remember it and do a little sharing. 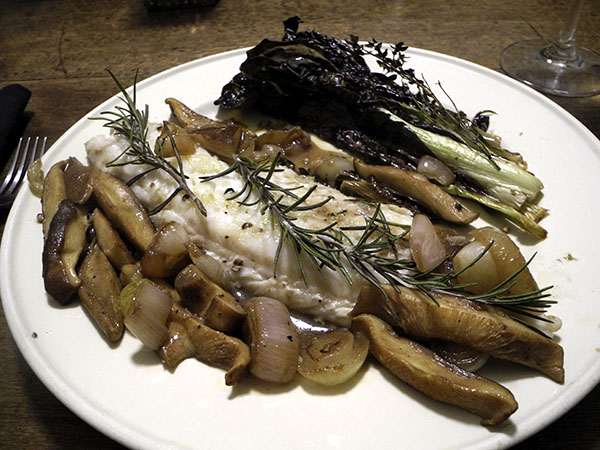 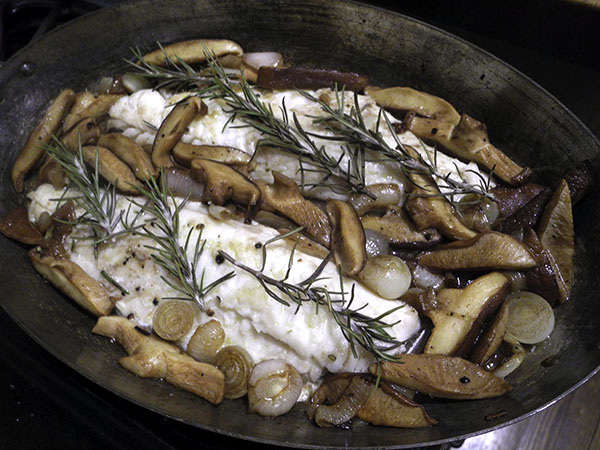 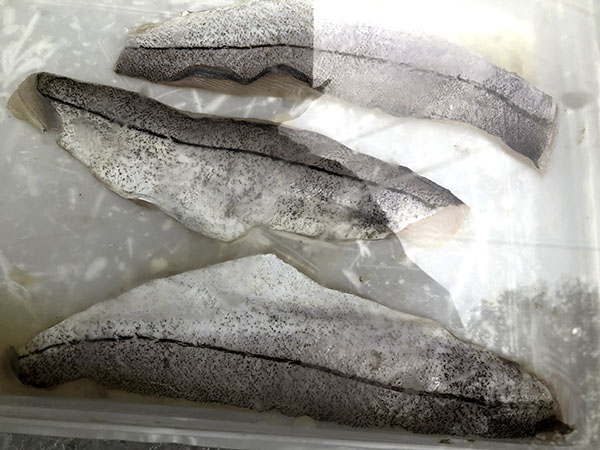 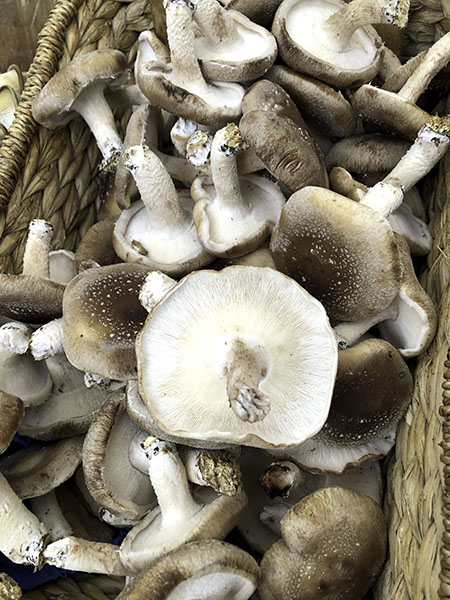 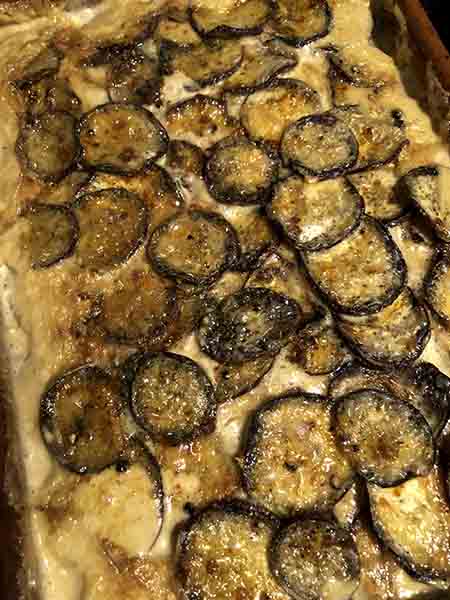 I don’t have a picture of our Thanksgiving dinner.

I guess we were too distracted by our guests: I forgot to snap the first course, and then, although I remembered to photograph the second, I forgot there isn’t quite enough light in the dining area we use for special occasions: Even with the light raised, the pictures came out blurry,

I do however have this image above, of one of the best parts of this dinner, a very simple sweet potato gratin, and I’ll use the lack of others as an excuse to upload more before pix than I usually do.

The potatoes were probably as close to anything that is conventionally served on this holiday, although they were very spicy. Otherwise, there were no marshmallows, there was no turkey, no stuffing, no gravy, no cranberry sauce, no celery sticks, no mashed potatoes, no butter rolls, no creamed onions, no Brussels sprouts, no pumpkin pie, and no Republicans.

The main course at least referenced many of the traditional dishes that are served on this holiday. 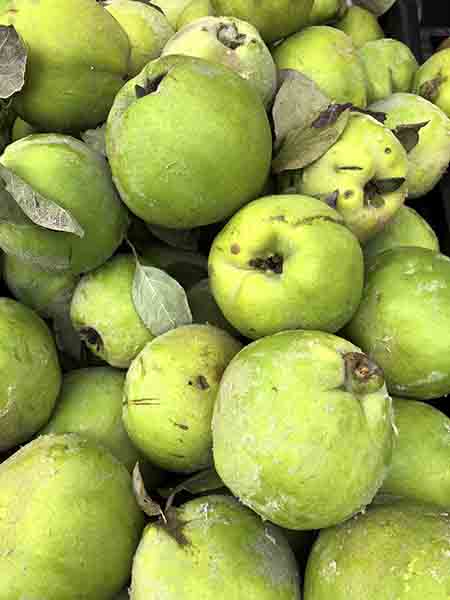 Dessert was simple, and southern, as were other parts of the meal, in a nod to our guests who had grown up in Kentucky, and to Barry as well, who had sort of fled Arkansas, now long ago (also. this time the image is almost in focus). 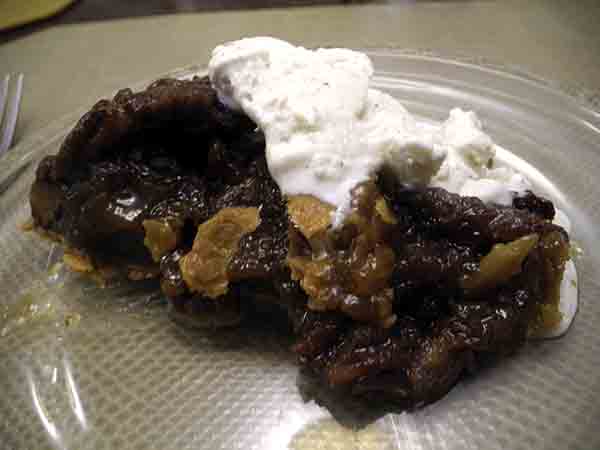