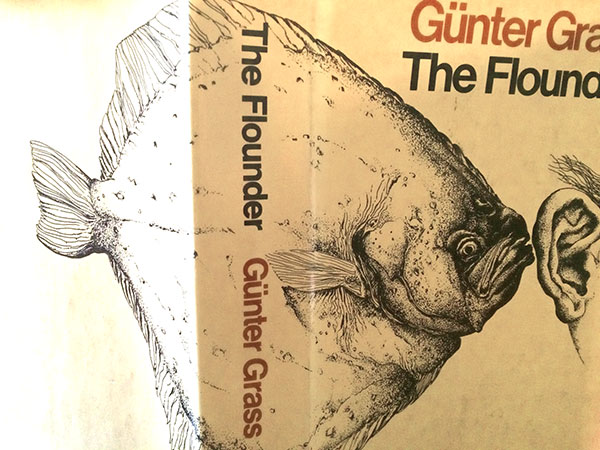 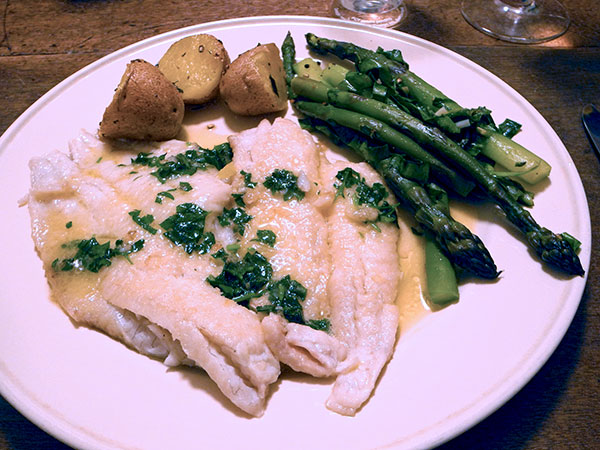 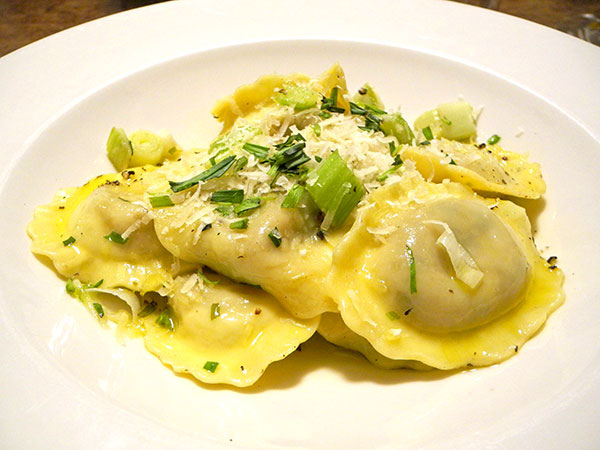 This is another of my favorite placeholders, in the sense that a package of very good filled pasta kept frozen in the refrigerator can substitute for a more ambitious meal when time is short.  Tonight my excuse was our presence at Momenta Art’s 2015 Spring Benefit. A dinner assembled around a prepared fresh pasta is like a night off from the kitchen, and it may seem almost a trifle, but it can be delicious nevertheless.

The sauces I add to the pasta are usually pretty much improvised each time, from among the ingredients I may have on hand, and that was certainly the case here, although they happened to include some of my favorite flavors, celery, tarragon, and any form of spring allium, not to mention a good aged Parmesan. 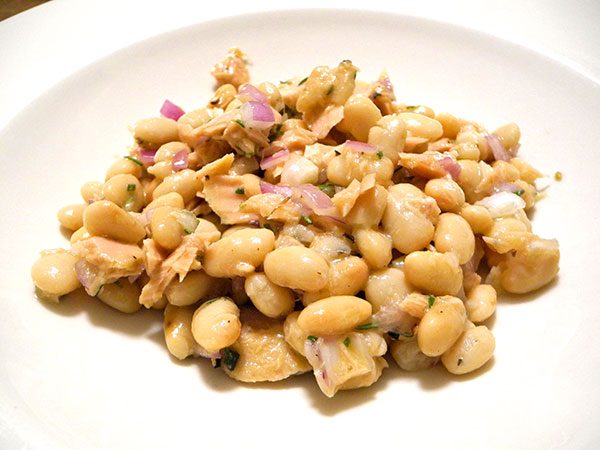 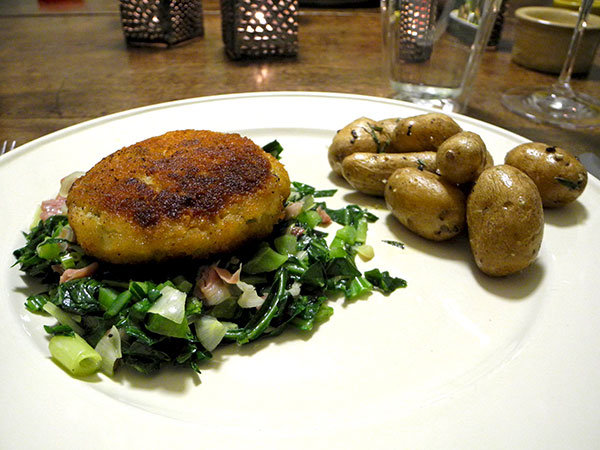 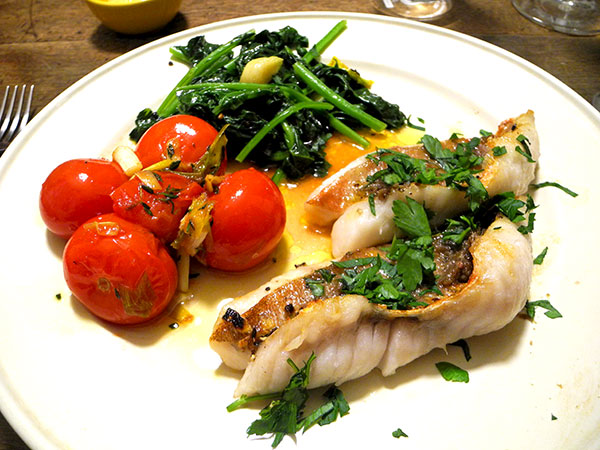