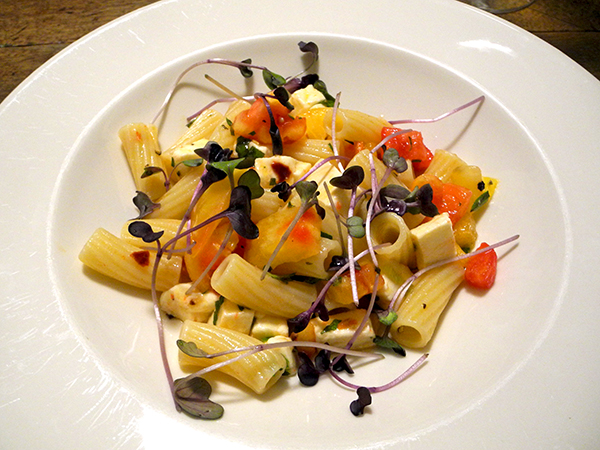 I had quite a bit of mozzarella left from the ball I had used in a meal 2 days before, so I decided the best idea for using it, if I didn’t want to repeat the insalata caprese, would probably be including it in a summery pasta.

Barry went on line to look for suggestions, and he found 2 recipes which looked very good; I chose the one which did not require letting snipped basil leaves sit around all day in a bowl with olive oil before proceeding further with the assembly of the dish.  I halved the amounts and, because I had no basil, specified in the recipe, replaced it with 3 other herbs.