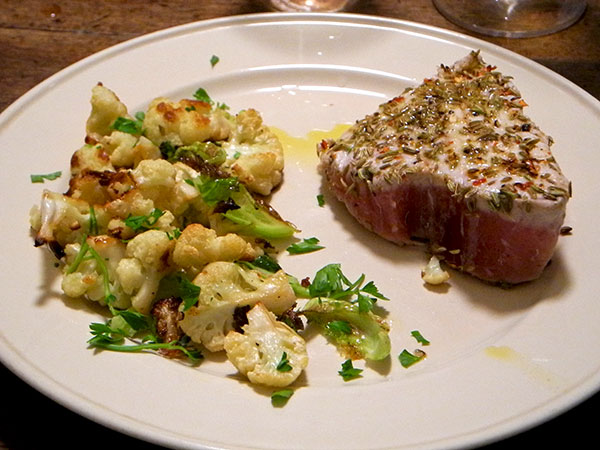 We never get tired of this simple Rose Gray and Ruth Rogers recipe for tuna steak, or of the pleasure in pairing it with something different each time.  Here it was some excellent white cauliflower, one of our favorite vegetables, also prepared just about as simply as possible. This entrée is looking very wintry; fortunately today’s weather pretty much went along with the fiction.  By further explanation, I’m trying to wind down the larder before we ship off to Washington this week for five days, so I’m assembling some atypical combinations for dinner.