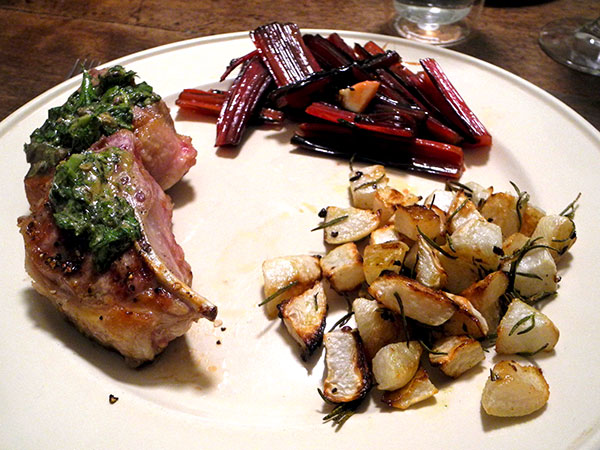 Damn if it isn’t a match made in heaven: Lamb and turnips (remembering Julia Child’s pairing, but here each prepared in a very simple form), along with the sweet-sour accompaniment of red-stem card stems, simply sautéed or braised. 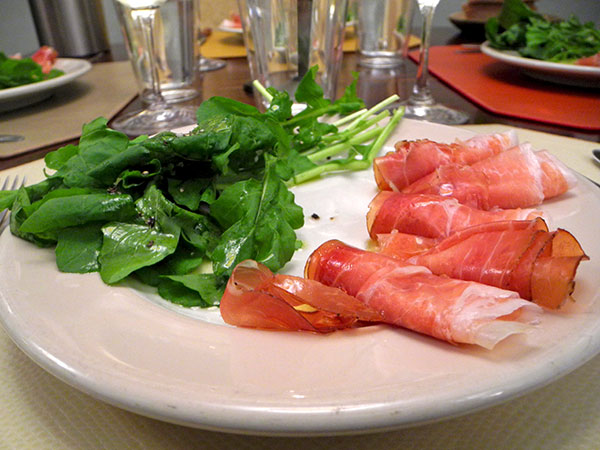 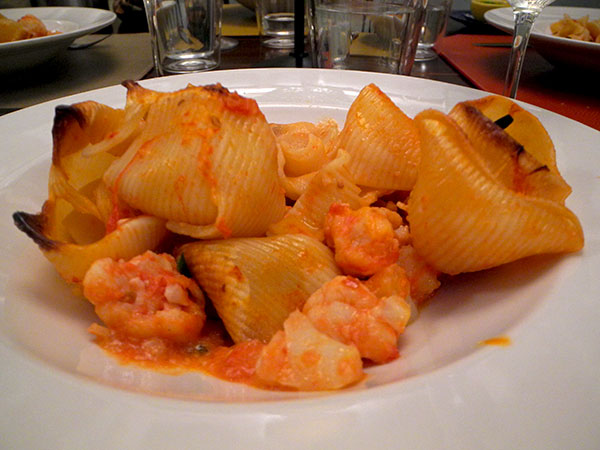 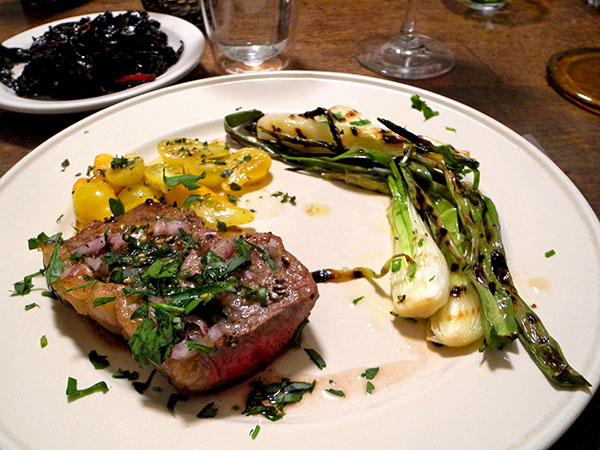 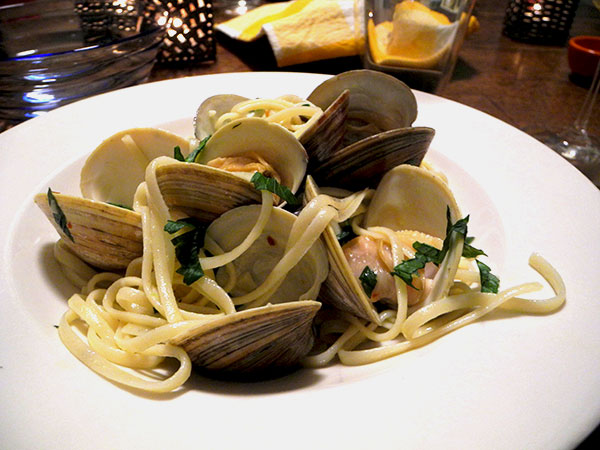 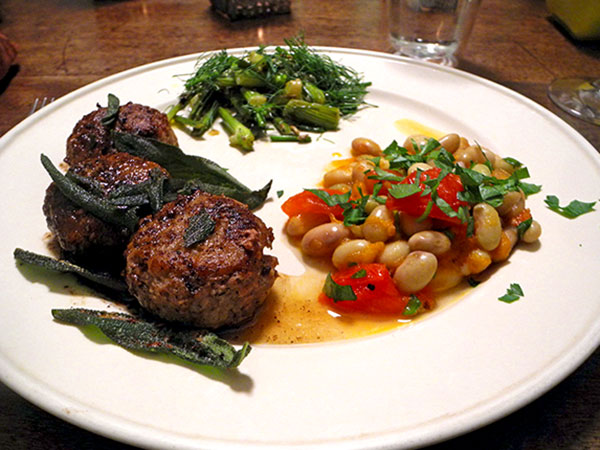 This meal used the second half of our freezer stash of some wonderful rose veal meatballs from Gaia’s Breath Farm.   I picked them up from Summers End Orchard at New Amsterdam Market this summer.   Because of the corrupt marriage of corporate money and politics, the New Amsterdam Market is no more, at least for now, and since I don’t expect to be making my own balls, I’m going to have to find another, presumably even more local source.