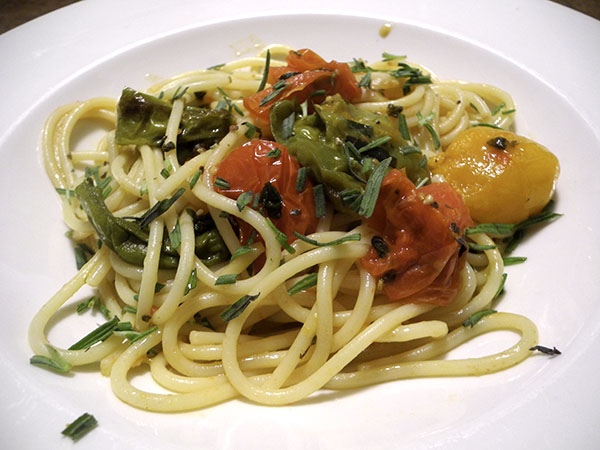 I thought the pasta might end up being too easy, so I decided to add an anti. 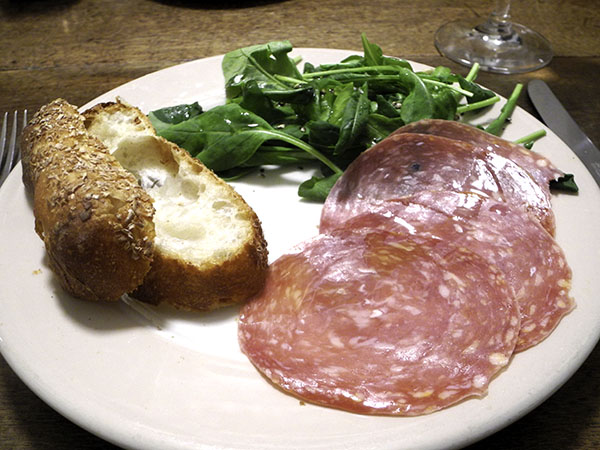 While the sauce with the spaghetti was pretty easy, the taste was pretty complex.

Thanks to some wonderful ingredients.. 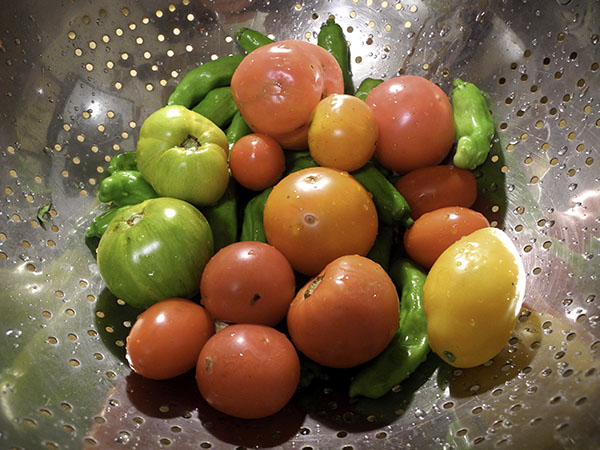 .., and a slow cooking process. 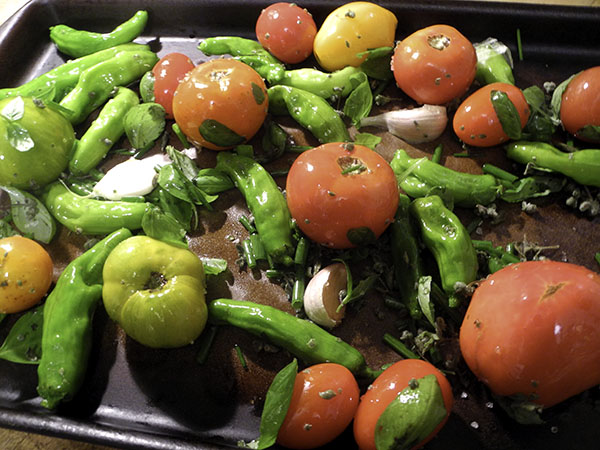 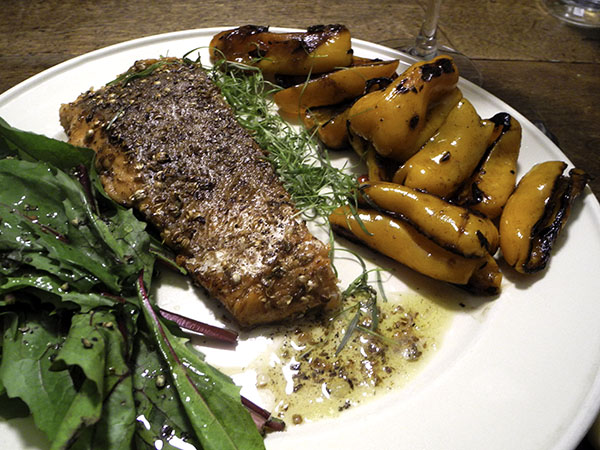 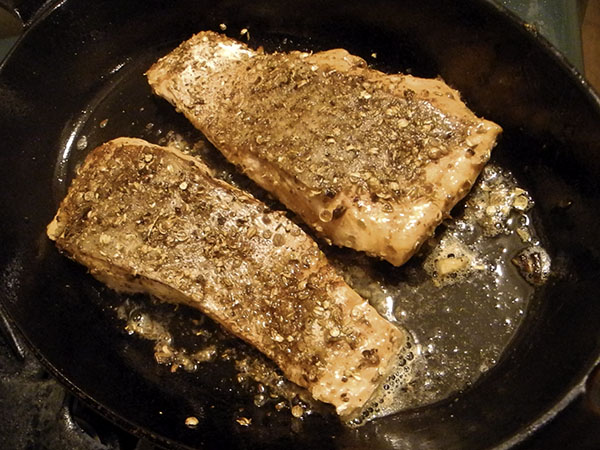 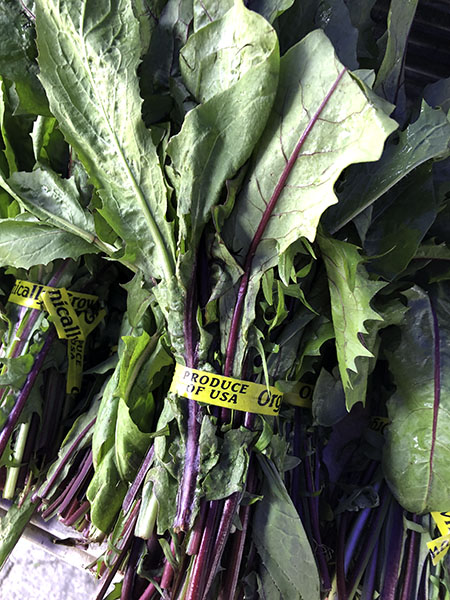 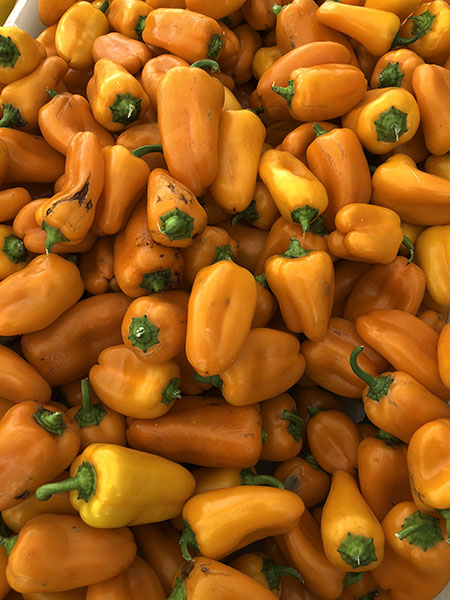 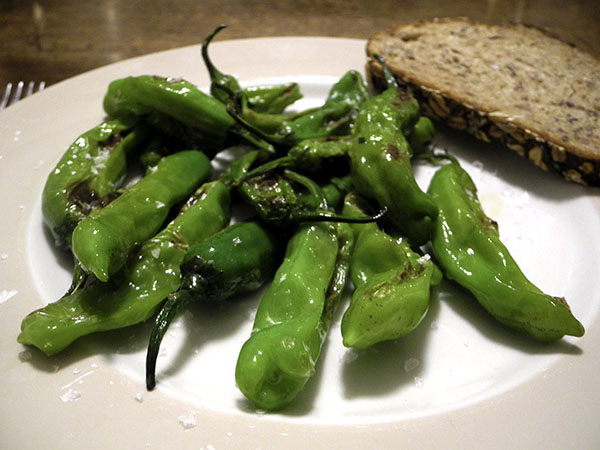 Shishito peppers, and their Spanish cousins, pimientos de padron, have probably developed as many different reputations as they have individual consumers. There is no one typical experience with the fieriness of these unpredictable capsicums, but for those who make it through unharmed, or at least undaunted, there may be no more exciting appetizer.

And so it’s been for me, since Barry and I first encountered pimientos de padron,  in northern Spain 11 years ago, in the Basque coastal town of Getaria, in Gipuzkoa. While I don’t seek out real heat in any kind of pepper, life would be less interesting if I thought, when presented with a plate of shishito or padron, there wasn’t a chance I’d at least come across a suggestion of the kind of fire for which the Scoville scale was invented.

We’ve both found that the peppers sold by Alewife Farm this year fit that bill perfectly. 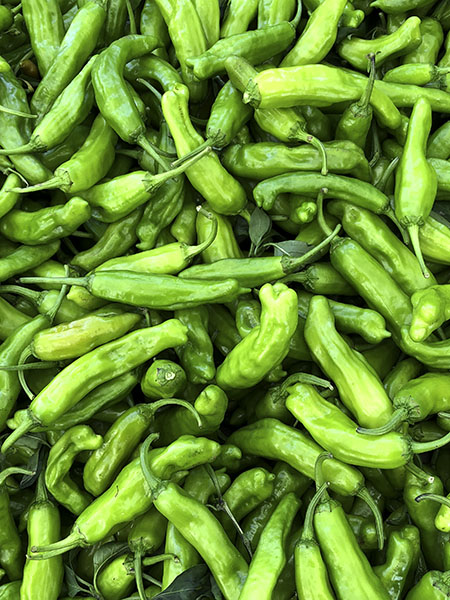 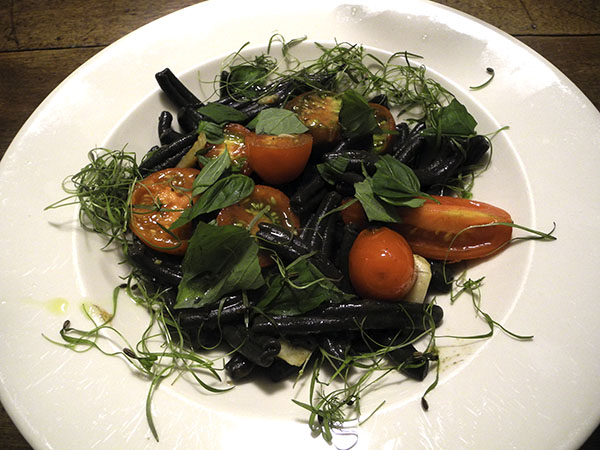 I was going to write that the pasta was just a good artisanal squid ink strozzapreti with some tomatoes and herbs, but when I started composing the narrative for the recipe I realized that description was a little too simple. 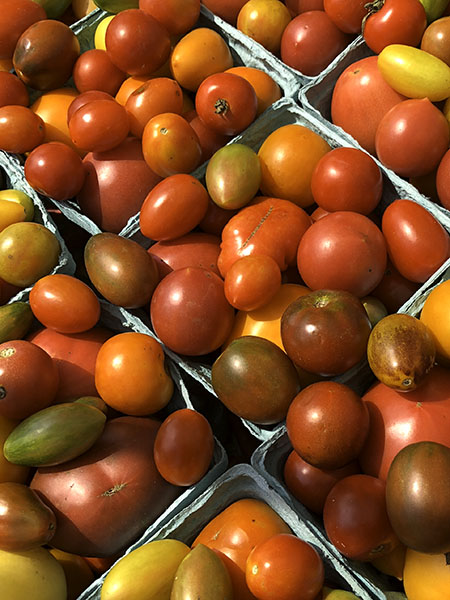 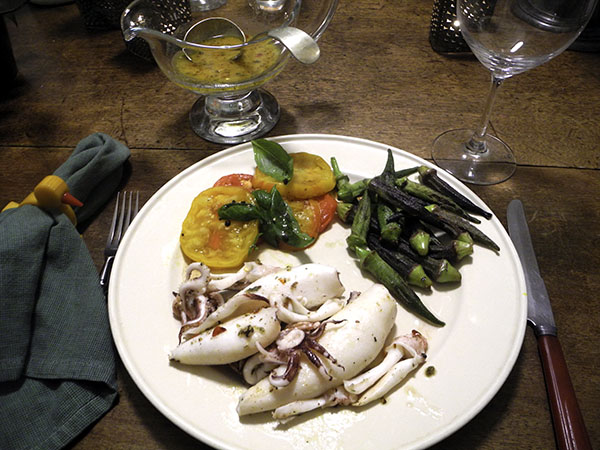 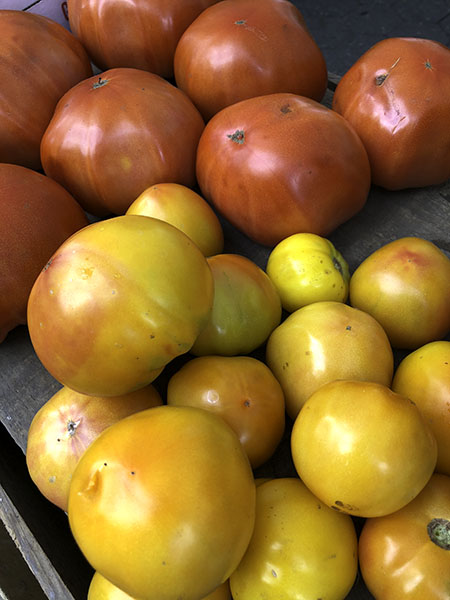 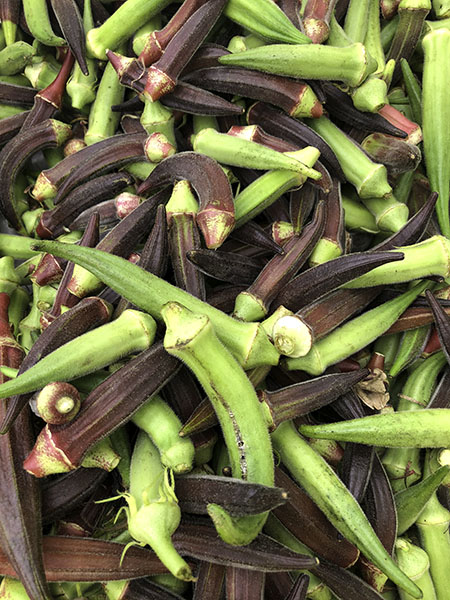 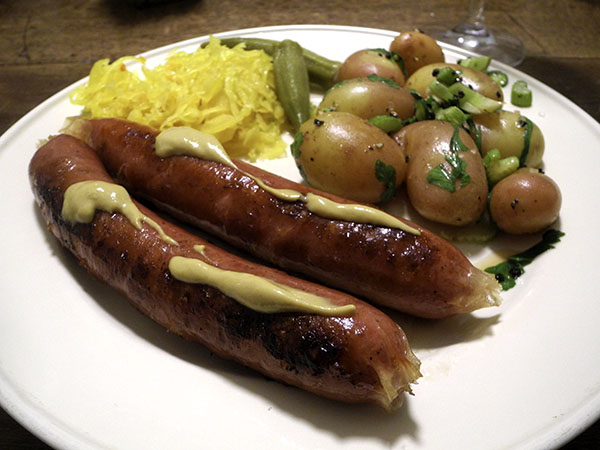