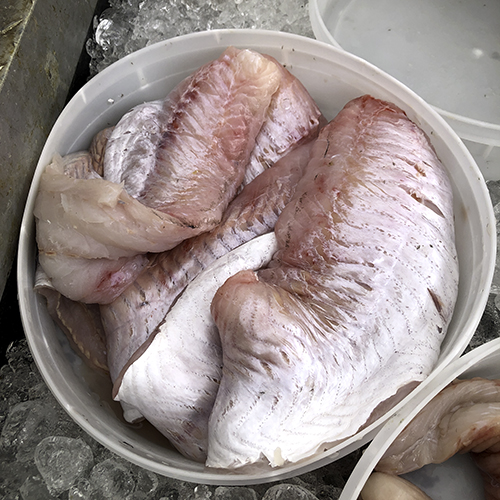 When I saw the beautiful fillets at the Greenmarket, I immediately checked to see when I had last cooked hake. Using this blog’s index, I learned that it had been over 7 months back.

I decided to bring one home. 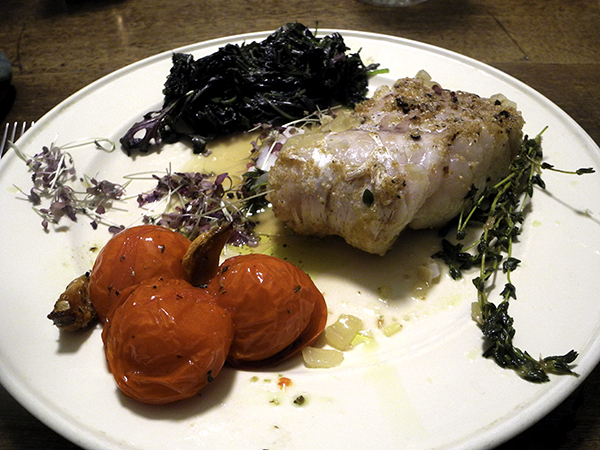 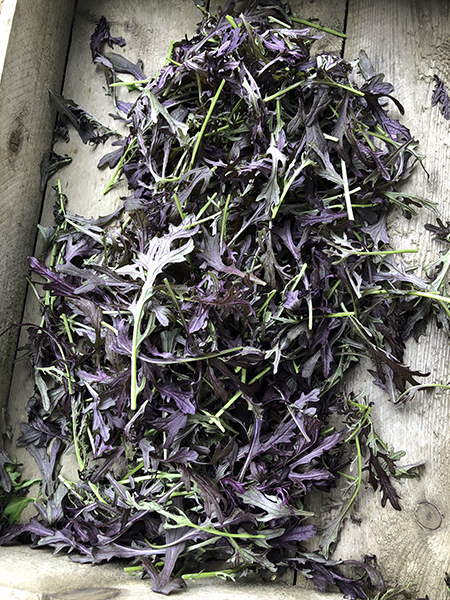 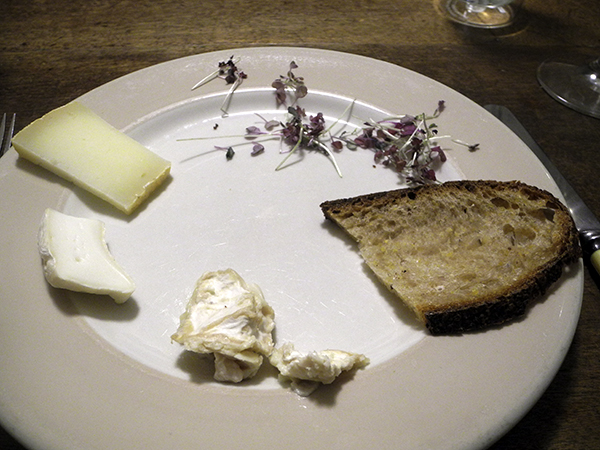 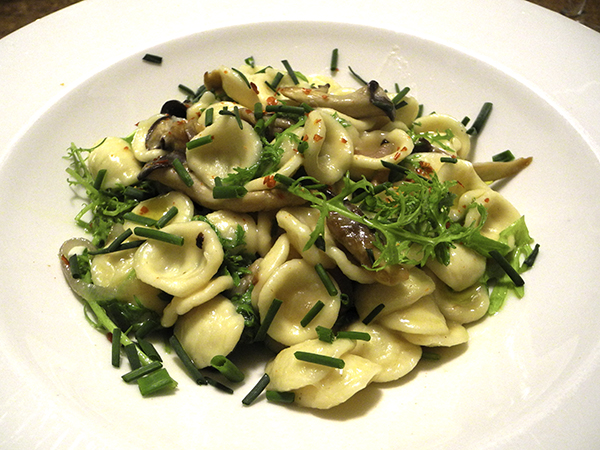 It was going to be pasta, and I had a few ounces of oyster mushrooms left from the meal prepared the night before. To show off the mushrooms better, Barry and I both decided that a good conventional wheat pasta might be better this time than one made with a vegetable, or a more-strongly flavored grain.

So great. And there could definitely be a red wine.

For a little pizzazz, visual and taste, all I had to do was reconcile what was in the larders with whatever it seemed might work well with the pasta and mushrooms. 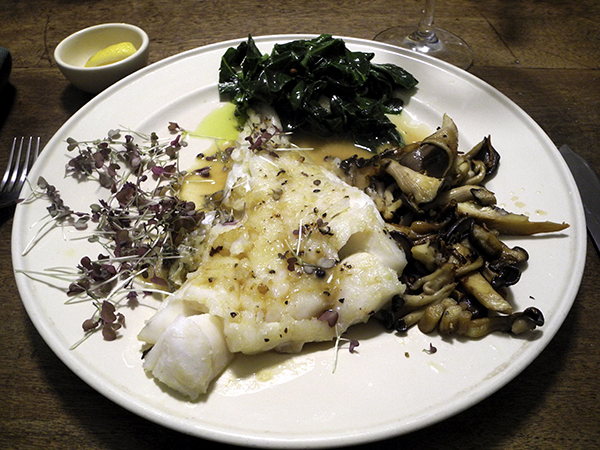 It was a beautiful balanced meal, beyond the picture, and it included a delicious real Chablis and a fascinating 100-year-old mystical opera that could have been written yesterday.

The haddock was really fresh, and with more than a little luck, I managed to cook it perfectly; the mushrooms also ended up just right, that is, cooked only to the point where they began to soften, but still with some body, and although there were more of them than I normally have in an accompaniment for fish, they were so good I felt there still weren’t enough. Even the small/subtle taste of the micro greens really showed through, since the fish was cooked so minimally, and, finally, the large greens, the collards, were a perfect, sweet foil for the featured players on the plates. 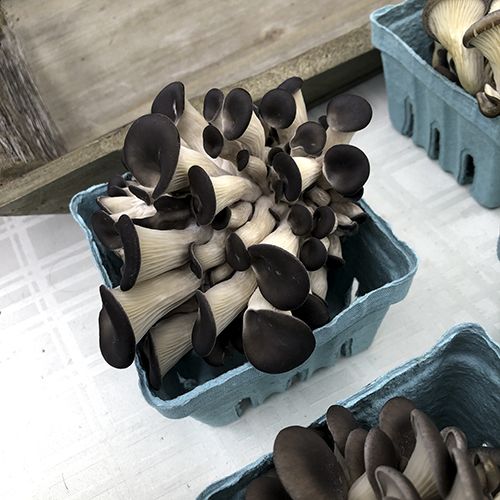 I can’t continue without relaying my most recent story about mushrooms, from the Wikipedia entry for Johann Schobert, because it involves two of my favorite things, mushrooms and music:

“In 1767, Schobert went mushroom picking with his family in Le Pré-Saint-Gervais near Paris. He tried to have a local chef prepare them, but was told they were poisonous. After trying again at a restaurant at Bois de Boulogne, and being incorrectly told by a doctor acquaintance of his that the mushrooms were edible, he decided to use them to make a soup at home. Schobert, his wife, all but one of their children, and his doctor friend died.”

Lesson: trust the experts (most of them anyway). 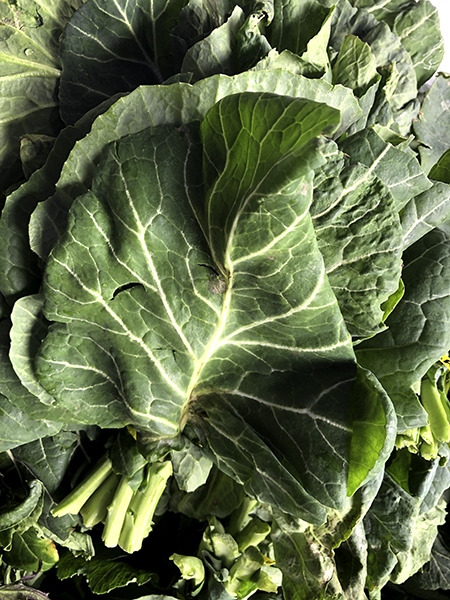 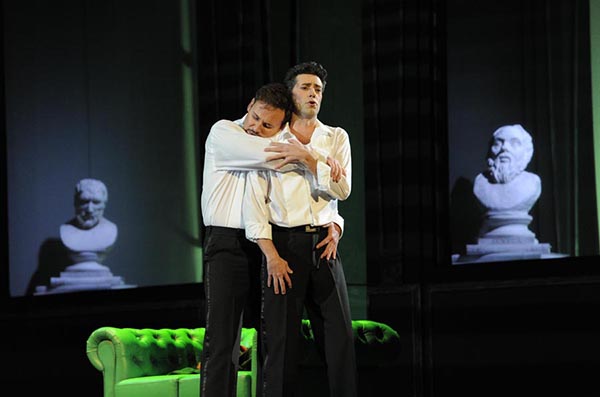 [the still of Mariusz Kwiecień as King Roger and Jose Luis Sola as the Shepherd/Dionysus, from the Santa Fe Opera production of ‘Krol Roger‘, is from Culture.pl] 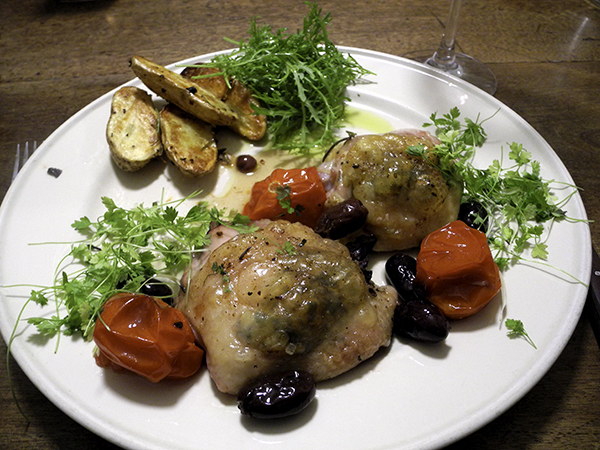 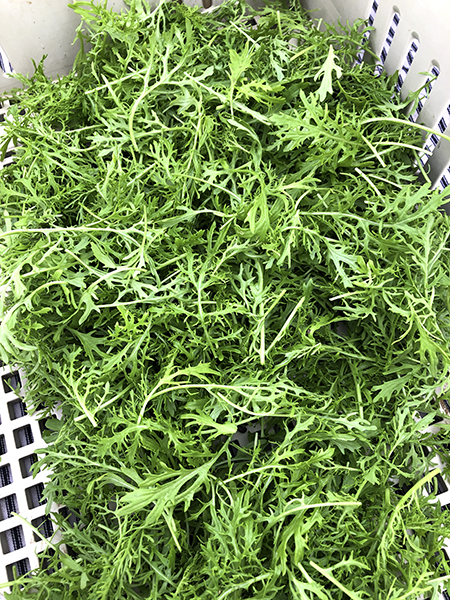 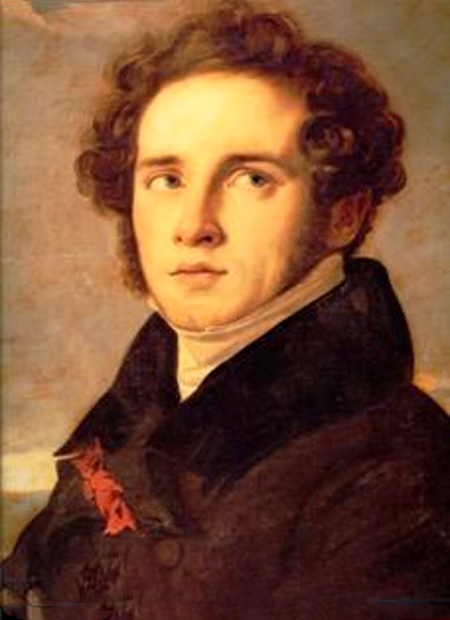 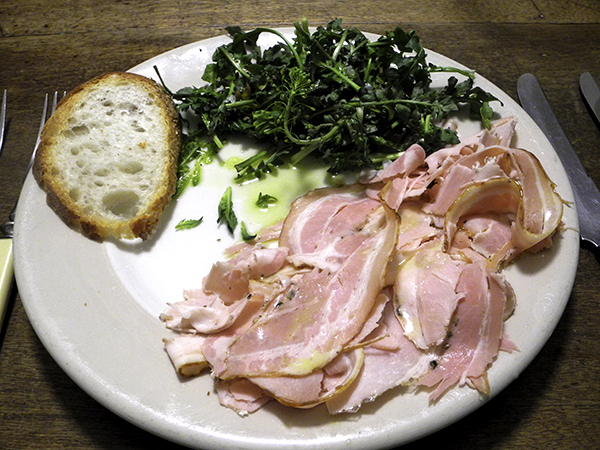 I’m becoming fond of porchetta, although serving it doesn’t leave me any room to exercise my cooking skills, whatever they may be. 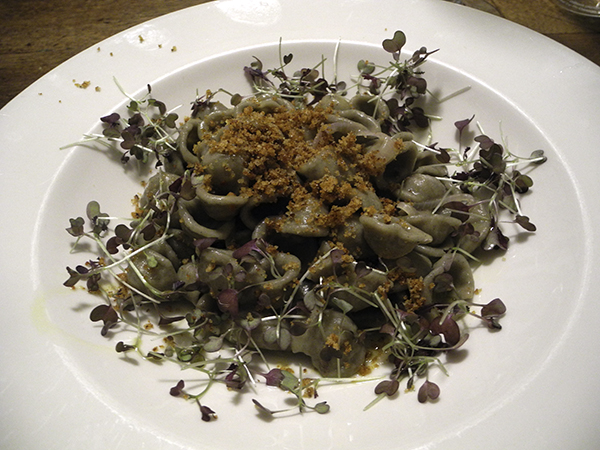 Assembling a meal with a prepared pasta, fresh or dried, can be almost as ho-hum. Although there’s a little more room for creativity in its case, this time I did very little to alter the product from what it had been when it came off the shelf. It was delicious, and still my sense of self worth as a cook managed to survive.