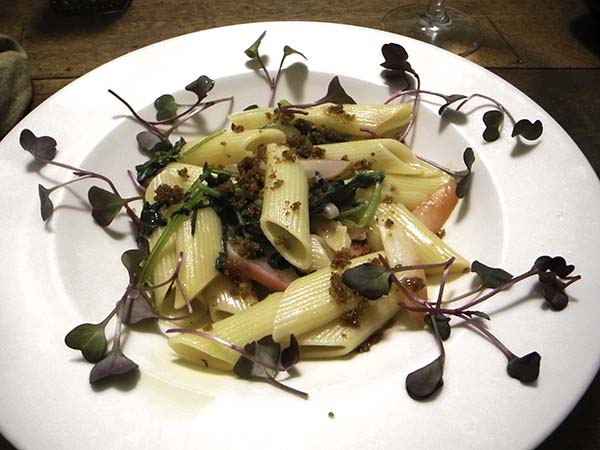 I love radishes. This bowl of pasta boasts 3 forms of radish. 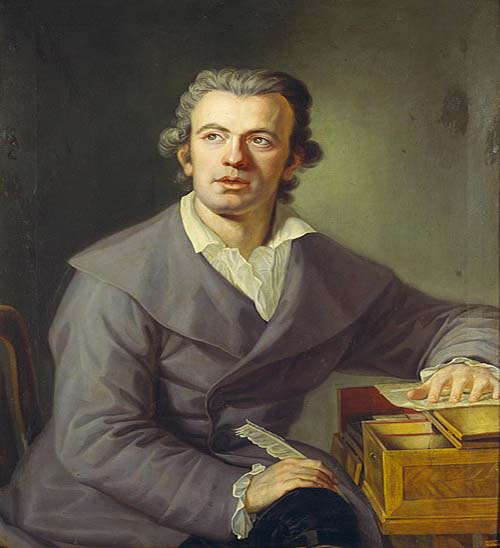 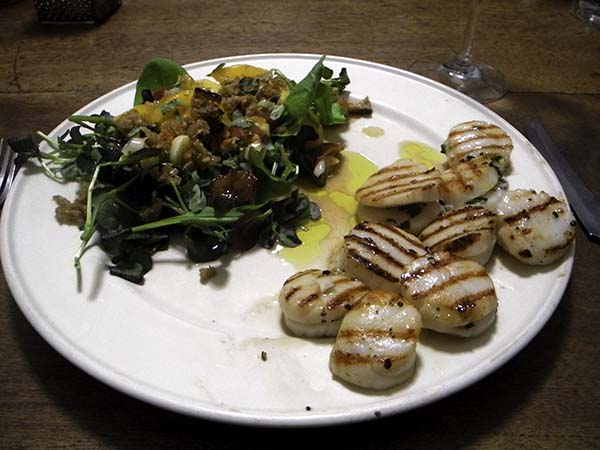 They were small, but they took grill marks like never before. 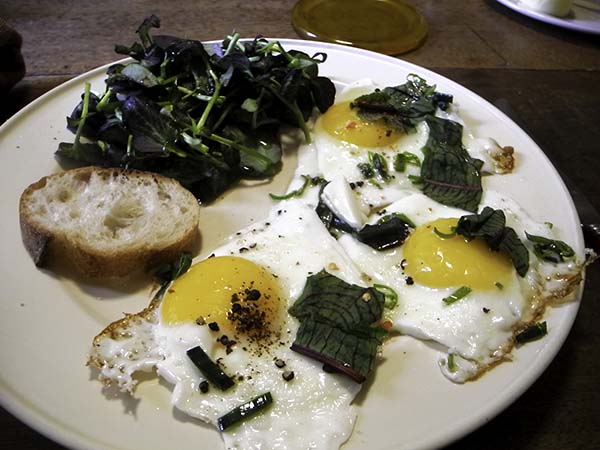 It was easter morning, and our first music of the day was French.

I would be serving a roast later, so I skipped the bacon part of our bacon and eggs, substituting some juicy lightly dressed red cress from Dave Harris’s Max Creek Hatchery.

The eggs themselves, from Millport Dairy Farm, enjoyed a scattering of red-vein sorrel from Norwich Meadows Farm, and the ‘un-toast’ was slices of an organic multigrain baguette from Bread Alone.

It looks like I used a bit of Aleppo pepper on the eggs, but also a more conventional ground black pepper, which should probably be regarded as heresy. 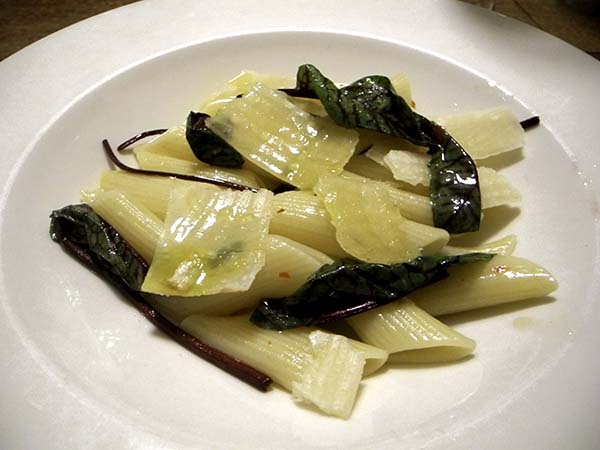 I’m not sure I remember all of the details, but this excellent Setaro Penne Rigate from Buon Italia took very well to the minimal addition of a bit of spring garlic from Lani’s Farm, some crushed dried Calabresi peperoncino secchia, also from Buon Italia, a small handful of red-vein sorrel from Norwich Meadows Farm, and some shaved Parmigiano Reggiano Vacche Rosse, again from Buon Italia 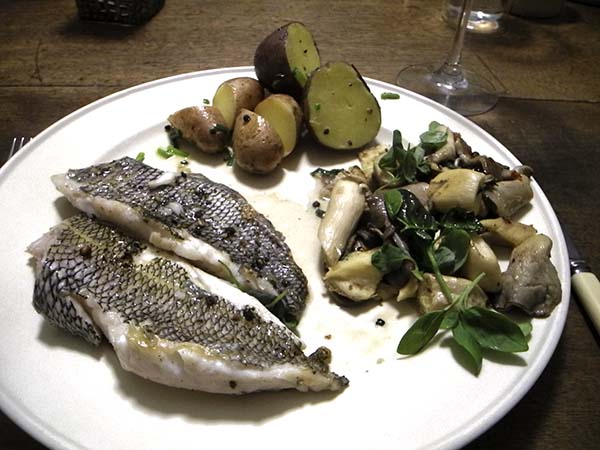 This entrée was very familiar, but also very special, the latter because of one ingredient, a garnish that didn’t want to be just pretty. It was also Good Friday, which still retains some specialness for this cultural Catholic atheist. 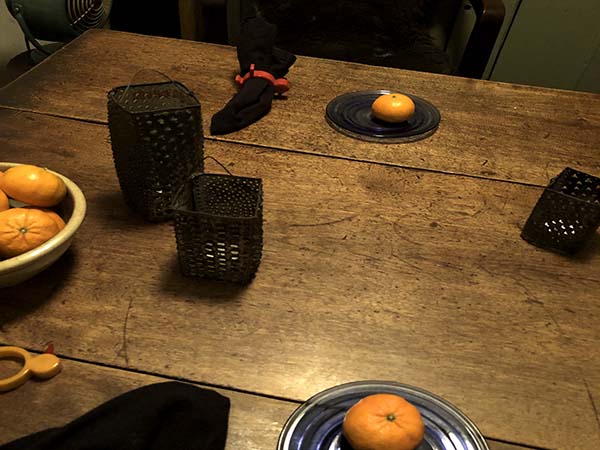 Sometimes the best dessert is a simple mandarin orange, in this case from a bag delivered by Garden of Eden Market earlier that week.