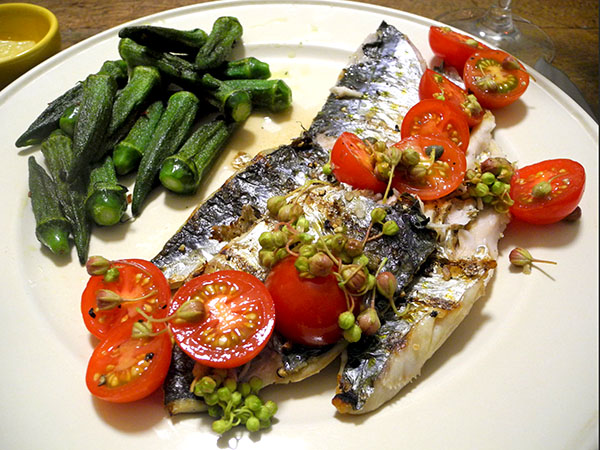 Once again, a great fish, and a superb recipe, this pan-grilled mackerel manages to taste a little different each time I prepare it, and this one may have been the most delicious ever. The only substantive difference I brought to it was the late addition of milkweed buds. 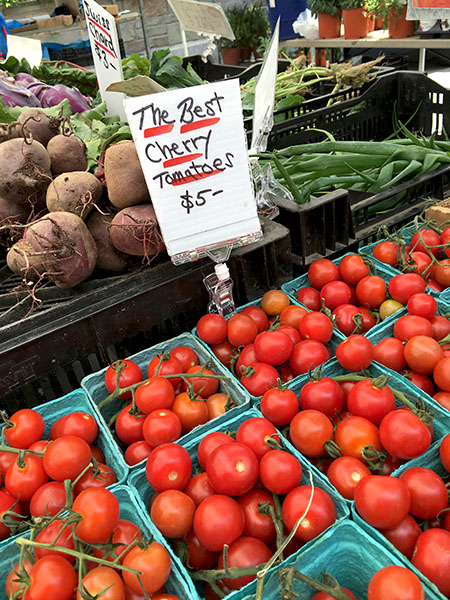 I think the tomatoes really were ‘The Best Cherry Tomatoes’, at least among the crops available in the season so far. 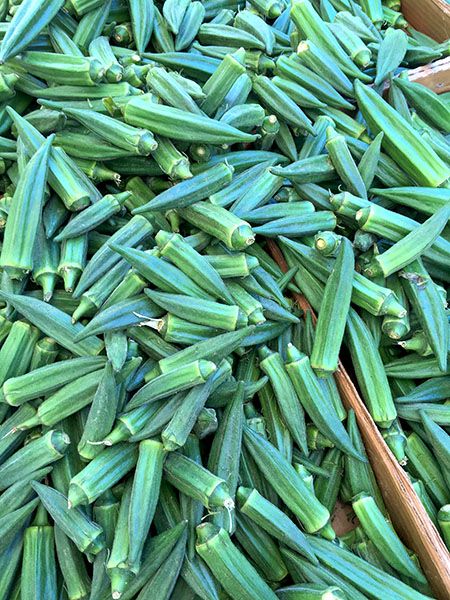 The small early okra were also delicious, but, probably for the first time, without the slight crispiness that makes them really sing, since I had to crowd the pods in a pan a little smaller than ideal. The exigency of the 2-burner grill pan I used for the fish meant I didn’t have enough space for the 13″+ cast iron pan I would usually have used.