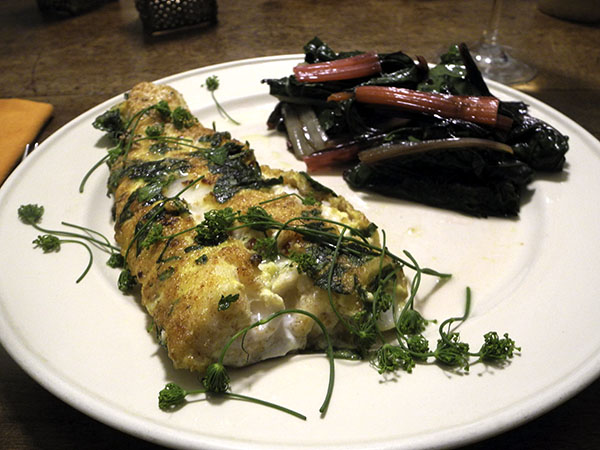 It had been 2 months since we’d had cod, and almost 2 years since I’d prepared it on top of the stove, which was my choice on this hot day in June.

This dinner was absolutely delicious. The filet was cooked à point, and you can see the pools of its juices inside the crevices. The chard was also cooked to just the right moment, although that’s always much less of a challenge. Everything was super fresh, and neither the fish nor the vegetable recipe asked for much of a fuss, so it was actually pretty easy to get everything right. 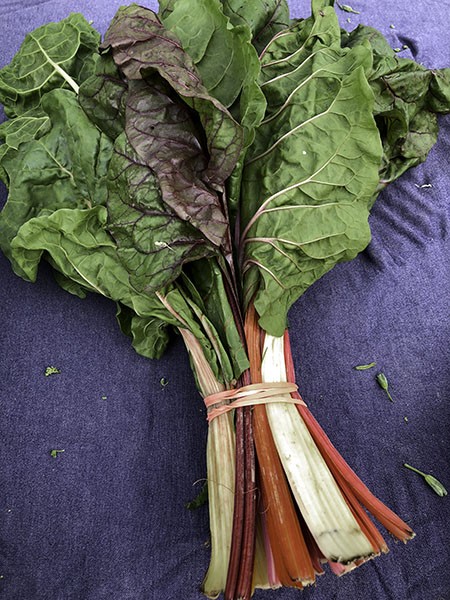 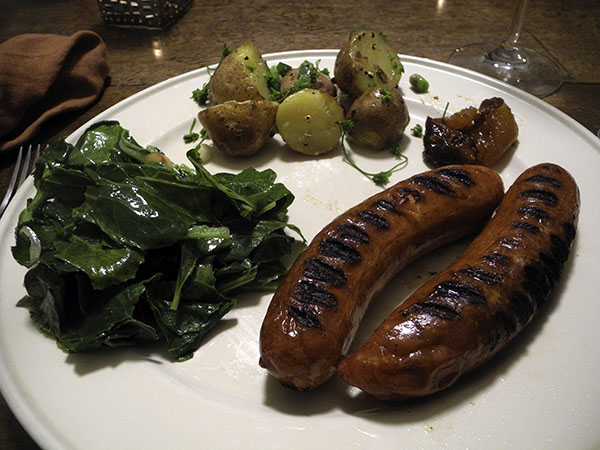 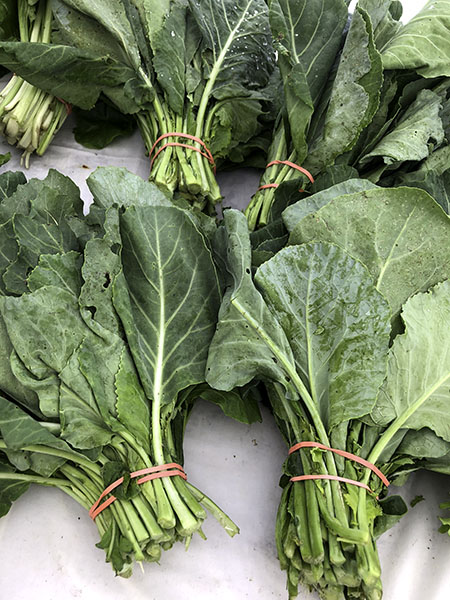 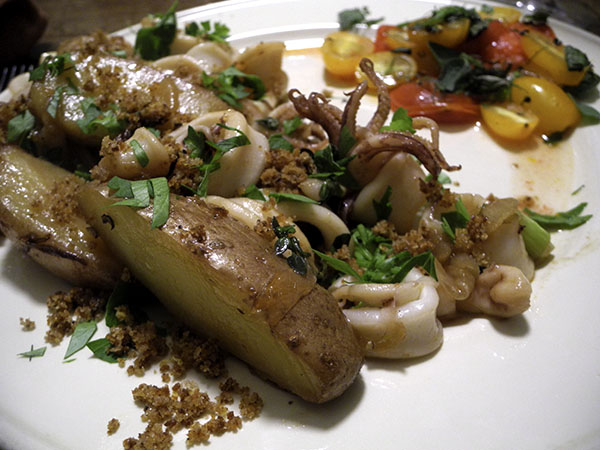 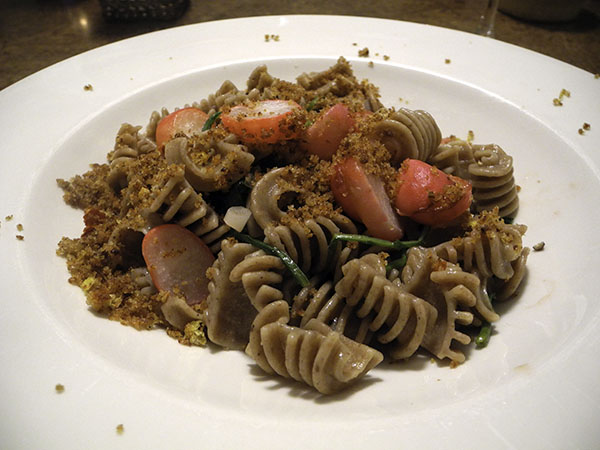 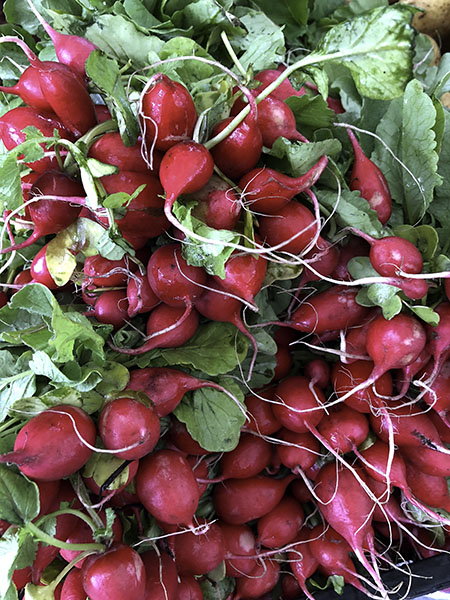 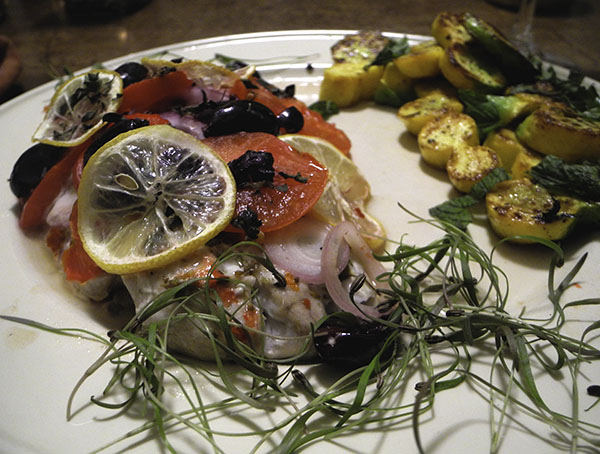 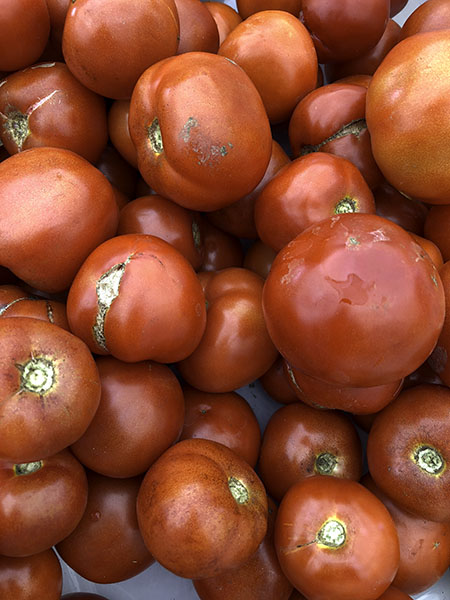 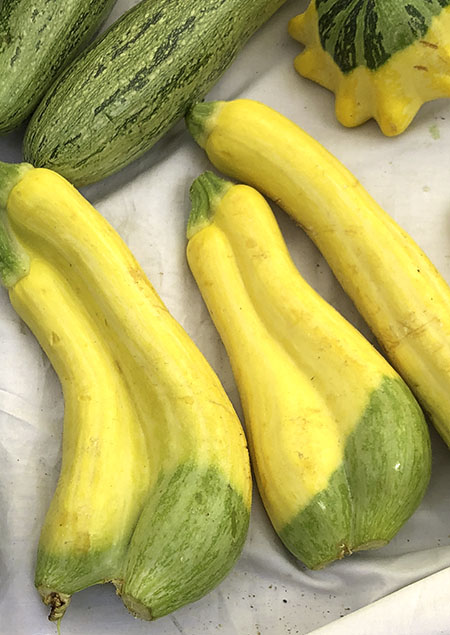