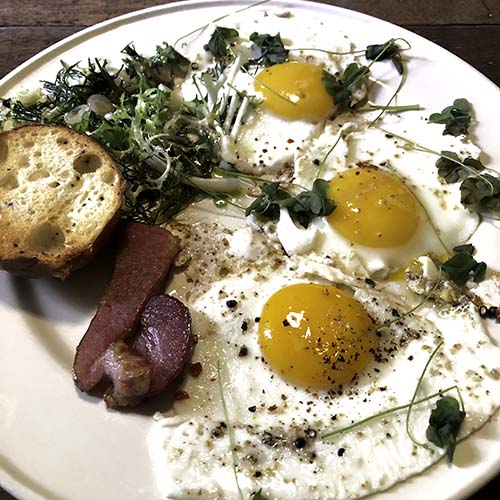 On Saturday I learned that our very local (less than one block away) Chelsea Saturday greenmarket has several new local vendors, one of which, Breadivore, offers, among other delicacies, pretzel rolls, in a choice of plain, black pepper, or grainy mustard.

Pretzel rolls! From a stall just down the street! And made in Long Island City!

I picked a pepper pretzel pack, and today we had [every one of them] with our more usual bacon and eggs; I sliced them horizontally and dry-toasted each on the surface of a seasoned steel pan above a medium flame.

After, there was coffee. 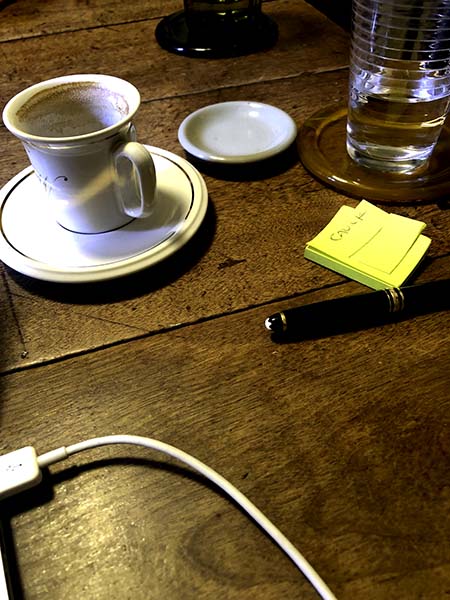 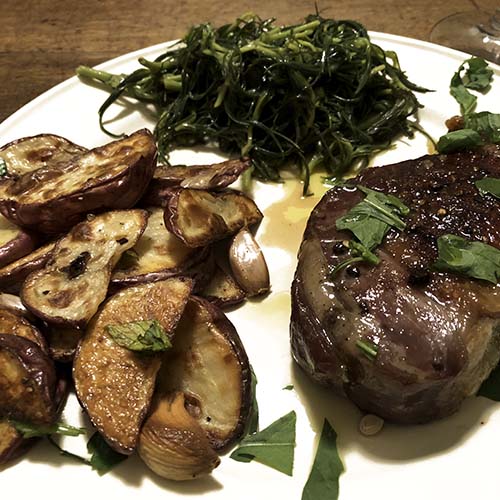 We were about to enter the fourth month of the Coronavirus pandemic lockdown.

I almost always buy locally-farmed meat, whatever the species, but there was good a reason for making an exception this week.

It was a Kansas steak (which seems to have a certain caché). That is, it was a steak from Kansas, specifically, a cut of eastern Kansas Black Angus beef, a prime strip steak, dry-aged. It would normally have been very expensive, but this particular steak, purchased from Eataly, was, at 19 ounces, enough for 2 generous portions, and it was hugely discounted. It cost us only $20, or less than half the conventional price.

I don’t think I had ever cooked a true dry-aged steak, or even eaten one. This may have been my first, but it’s unlikely to be my last.

It was wonderful, from first to last, from the scent that began almost the moment it began to warm in the oven, until the tastiness of the very last bite. 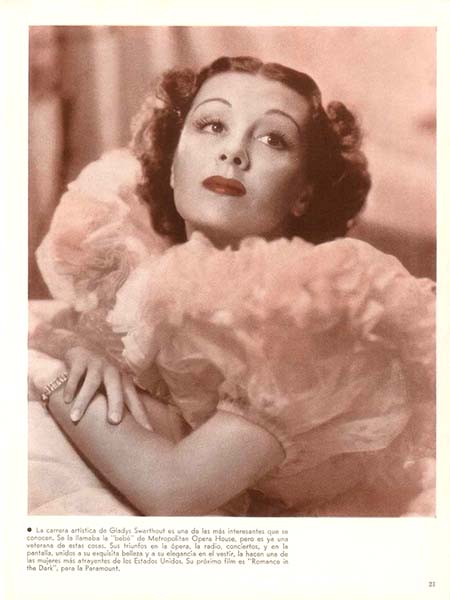 [the second image is from the Hanson opera’s Wikipedia entry]