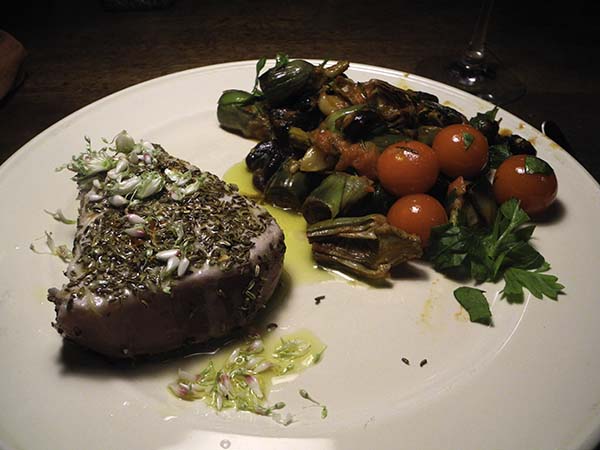 It was delicious, the tuna possibly the best either of us had ever had, and I think it was a pretty sturdy Mediterranean meal, even if the description hadn’t occurred to me until we had sat down to enjoy it. The recipe is from Rose Gray and Ruth Rogers, found in their book, ‘Italian Easy’; Recipes from the London River Cafe‘. 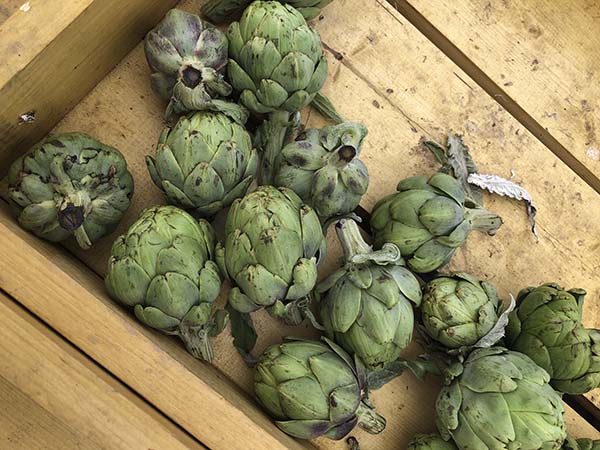 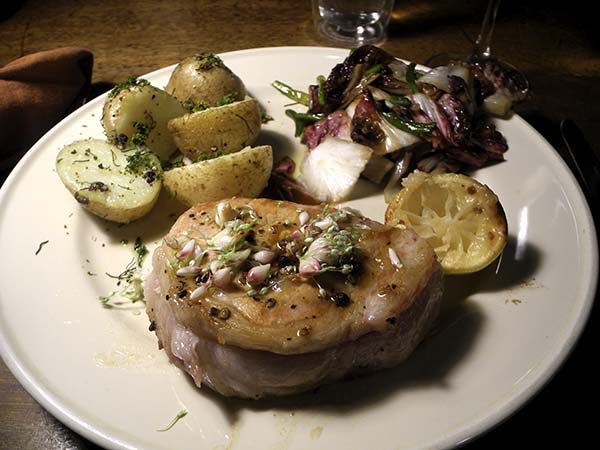 The entrée was a pair of simple pork chops. I’d prepared them almost the same way for many years, with slight variations in seasonings, but what pork chops they turned out to be!

I hadn’t been able to locate small chops in the Union Square Greenmarket for months, and at first I was disappointed again when I checked out the butcher display case at Flatiron Eataly on my way home Friday.  There I only found chops weighing almost a full pound, but I went with the alternative suggested by one of the butchers, a pair of thick boneless chops, since they weighed only about 8 ounces each. My prejudice is for cuts which retain the bone, both for the appearance and the taste (although I’ve seen discussions which question whether retaining the bone has anything to do with how good the meat tastes), but our dinner experience last night makes me re-examine it.

This was our first pork dinner since returning from Berlin. I have to say, while we had some excellent meals of pork while there, this was better than any of them (although, to be fair, we never had anything like simple chops). It was also better than any I had prepared in the past myself, using this basic recipe. I can’t account for either of these superlatives. 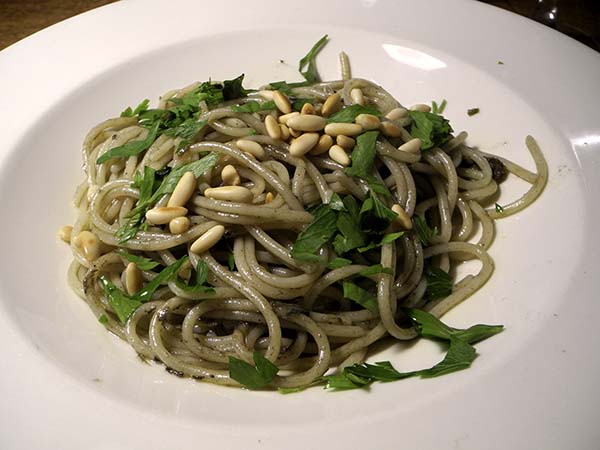 It came as a total surprise to me. I don’t really buy much corn of any kind, but on my first day back at the Union Square Greenmarket after a month away one of the first things I spotted was a striking small stack of huitlacoche-covered ears of organic corn in Tyler Dennis’ Alewife Farm stand. 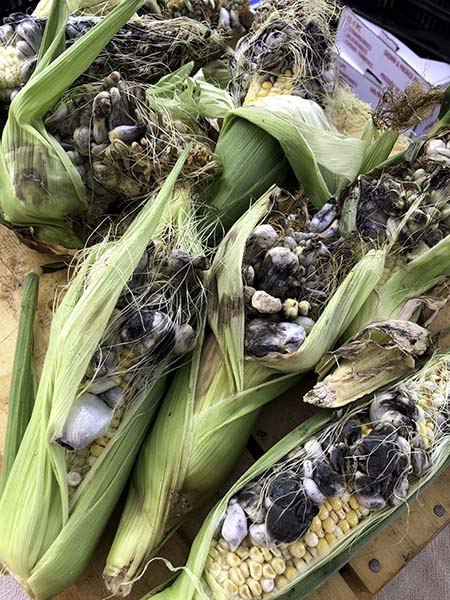 Huitlacoche, or ‘corn smut’, is an ancient delicacy with a smoky, earthy flavor used to flavor Mexican dishes of many kinds, but I had never seen it before in the wild, so to speak.

I have no experience cooking Mexican dishes, but I do appreciate unusual ingredients, and remembering that pasta does as well, I decided I’d marry this precious fungus with an artisanal spaghetti, more or less making up my recipe as I went along.

It was every bit as interesting and delicious as I’d expected. 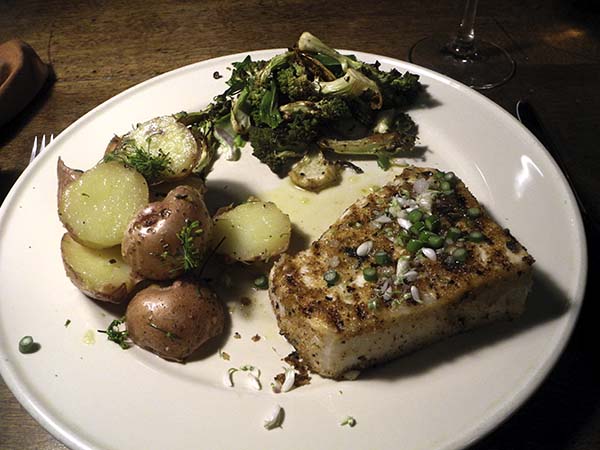 Most of the time, a single entrée plate with several different things on it, will offer two or three different experiences, and occasionally even more, but once in a great while, at least in my experience, they will all come together as slightly different aspects of a whole. This is what happened last night, with this wonderful meal. 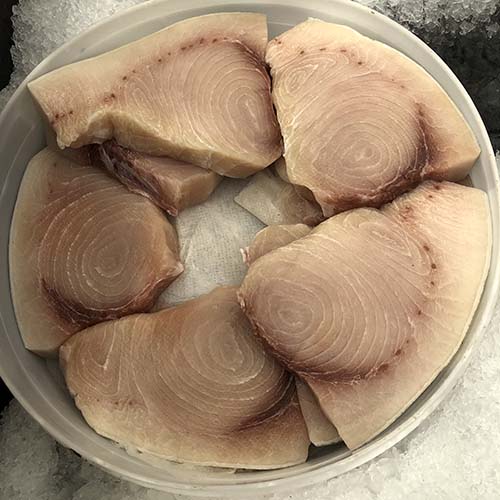 (those very seasonal flowers were a small part of the preparation, but they make me very happy) 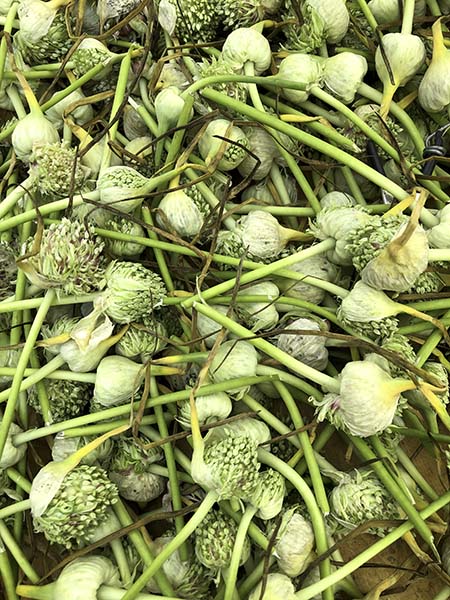 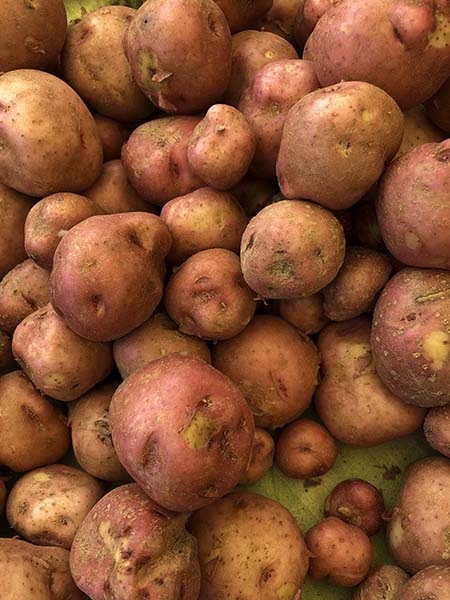 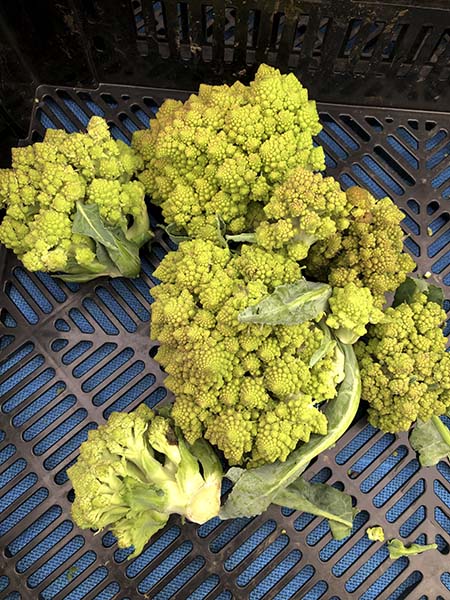 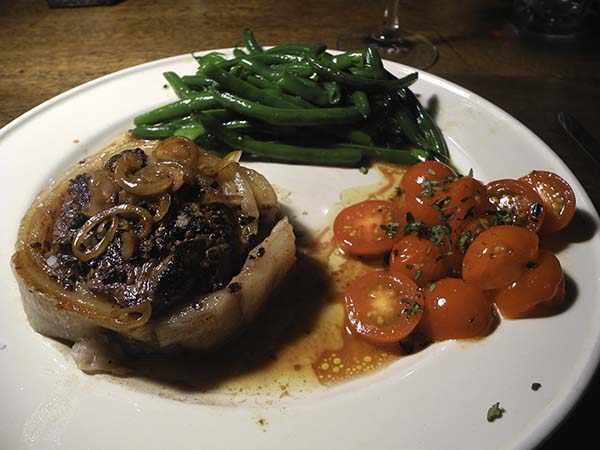 It was the first meal I’d cooked in 24 days. We had returned from Berlin on Wednesday, the day before, too late for a visit the Union Square Greenmarket, and naturally there was nothing fresh in the kitchen, so we ordered a good pizza from one of our favorite kitchens.

Our next local market day wouldn’t be until Friday, so I scanned the GrowNYC site for the list of those open on Thursdays, and decided I’d head for Tucker Square the next afternoon. I knew there wouldn’t be any fish there (it’s a much smaller group of producers than that in Union Square), and I couldn’t be sure of what meats would be available, so I moved to the refrigerator the only entrée I had in the freezer.

It was a choice one. 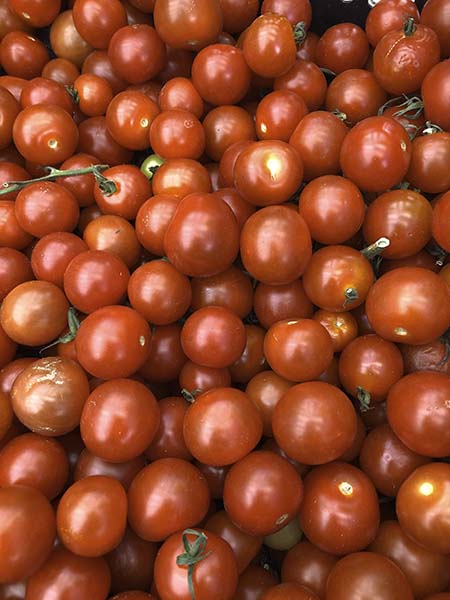 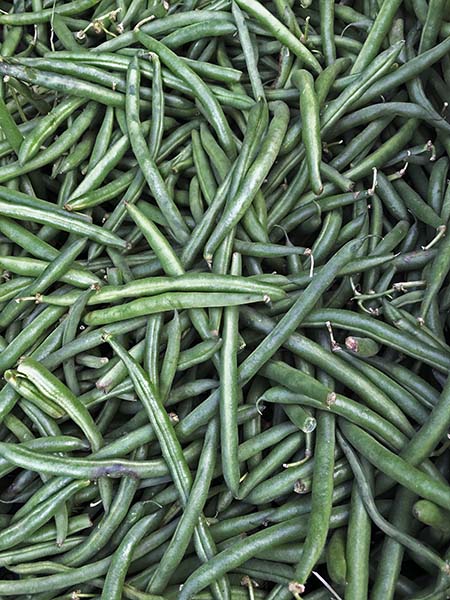