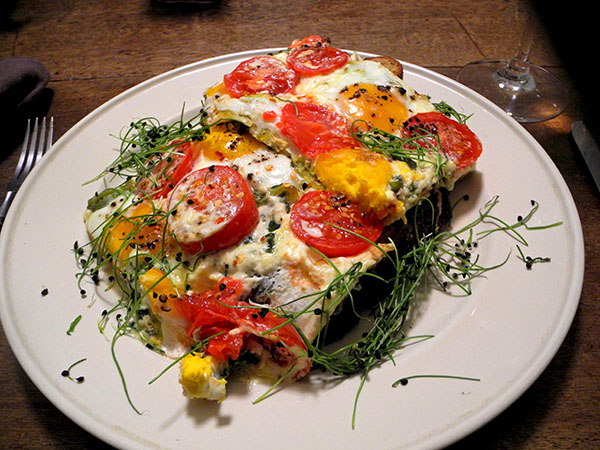 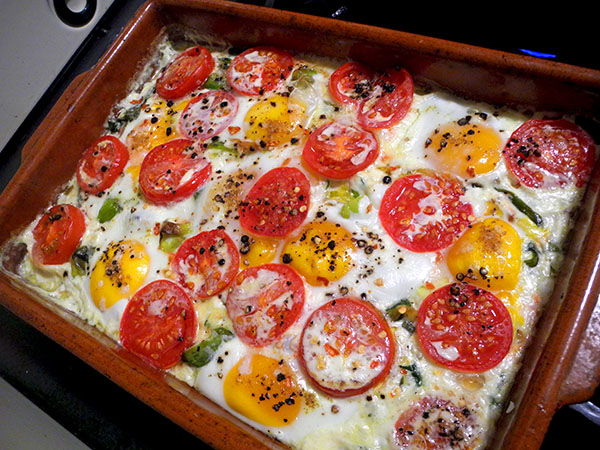 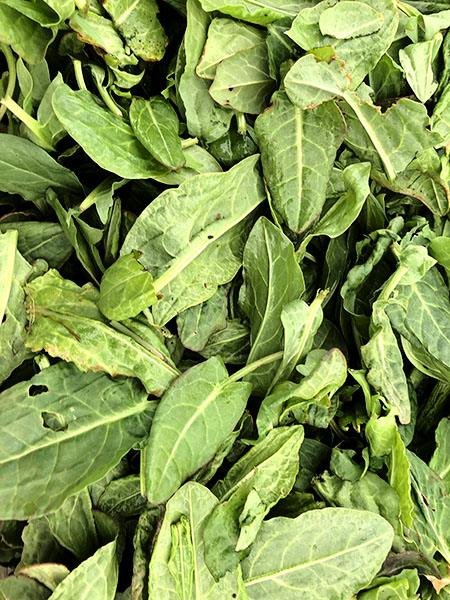 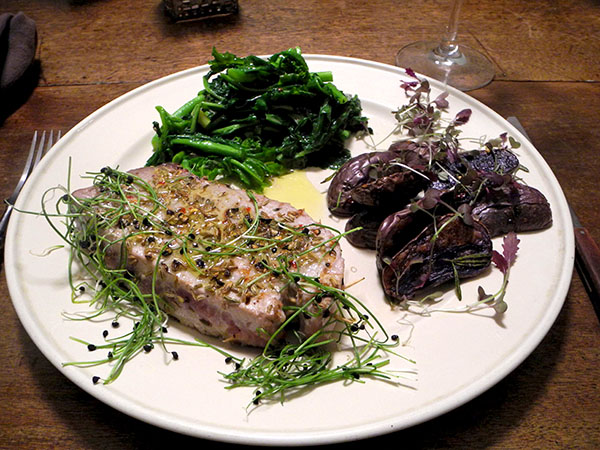 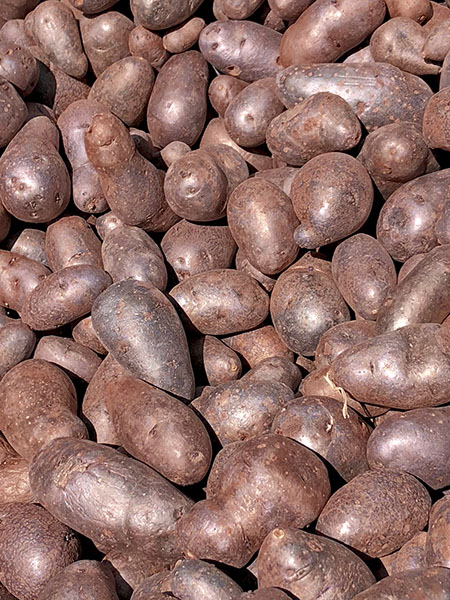 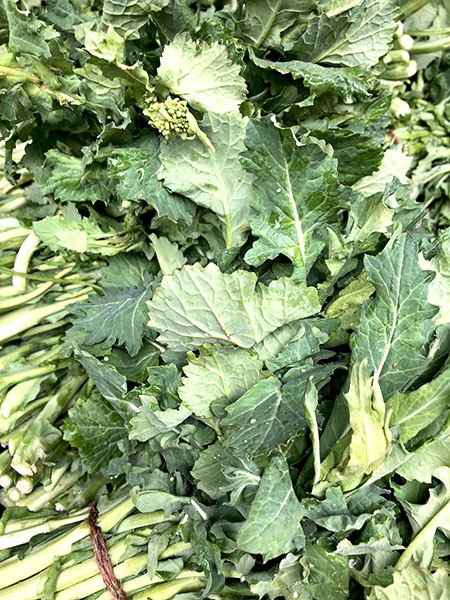 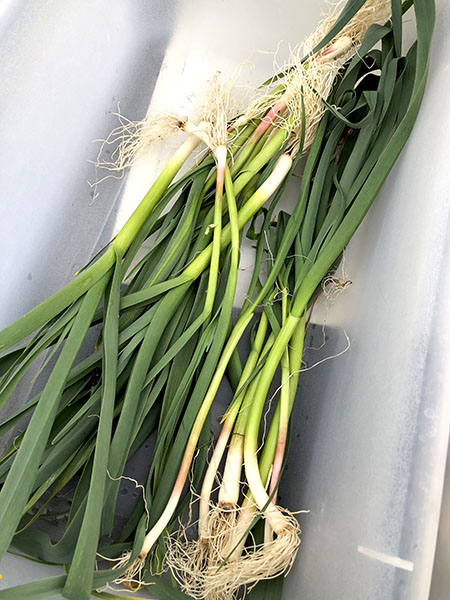 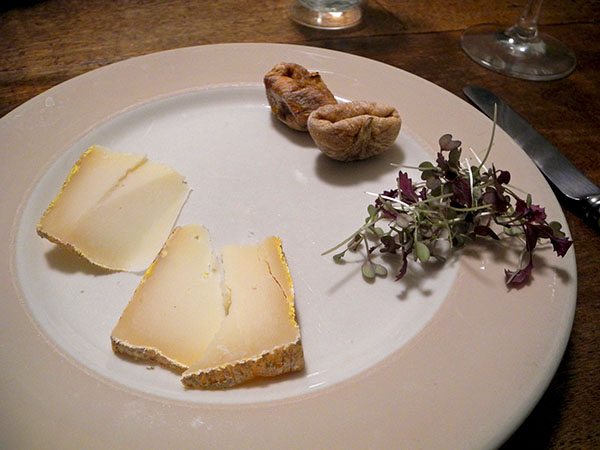 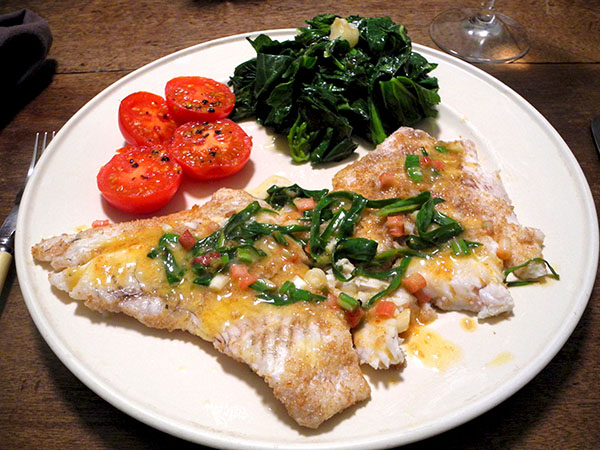 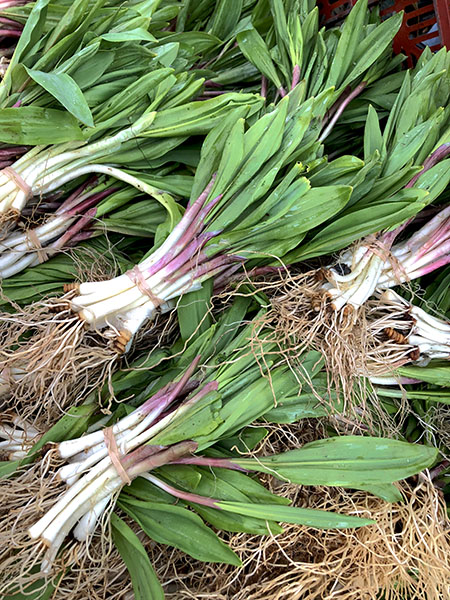 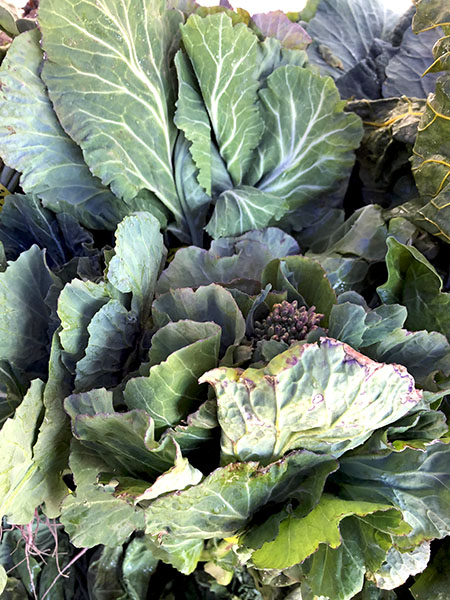 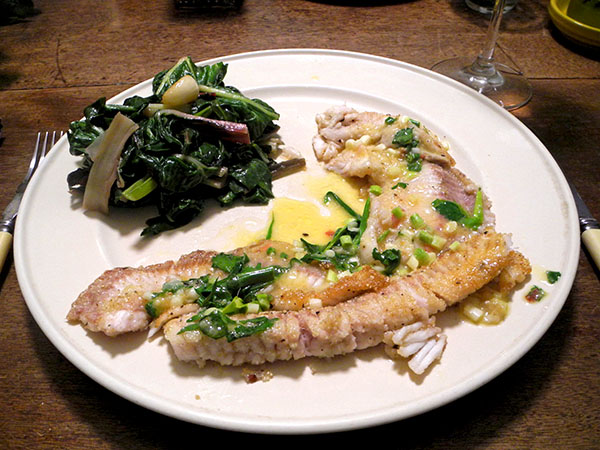 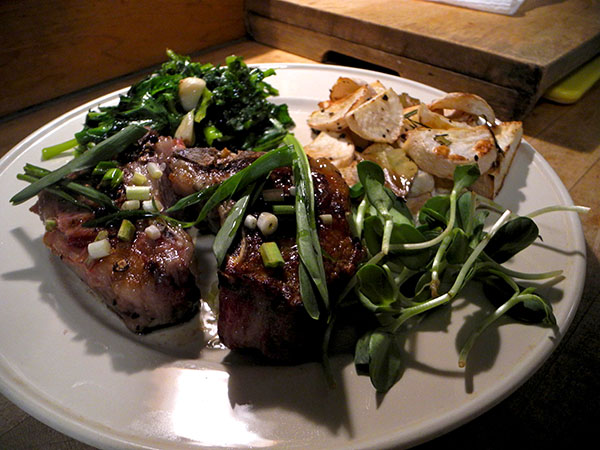 It was one of our anniversaries.  Actually, It was the meal which celebrated the anniversary that had we really marked a few days earlier.

We ate in the raised ‘gallery’ above the living room, as we do for special occasions, including any more formal meal with guests. While we don’t usually play music when we’re dining with friends, on Sunday night we were alone, and we listened to our song (or at least most of it), ‘Tristan und Isolde‘, in a historical, and really great recording.  The music came from speakers slightly below us, in the larger room, which has windows fronting on the street (a venue that can sometimes rival the volume – and interest – of what we may be playing).

But last night, in my imagination, we were dining inside the private foyer of our own loge at the Vienna State Opera. 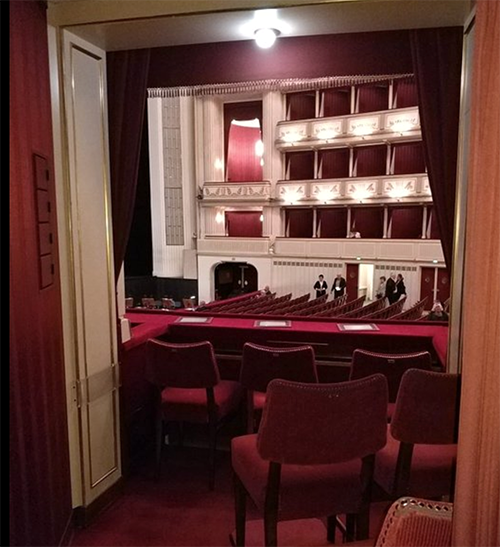 That one is not ours. Although our foyer is larger, our opera house is much smaller than the Wiener Staatsoper. The windows were mostly closed that night, so the street precincts beyond, which can contribute a broader tonal collage of (found) sounds, were not a factor on this night. 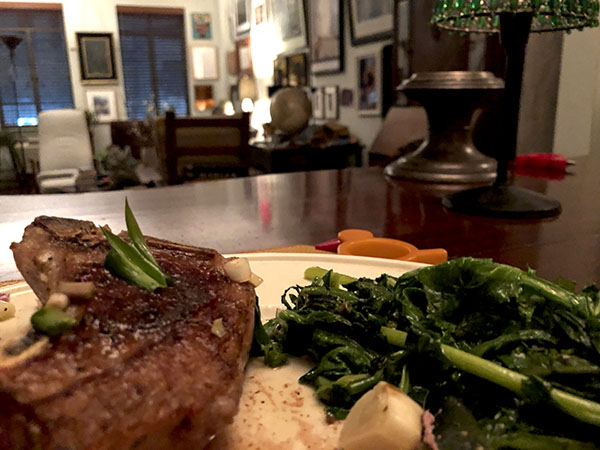 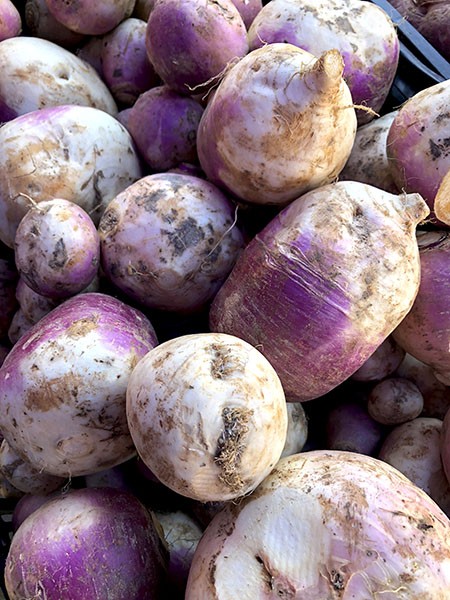 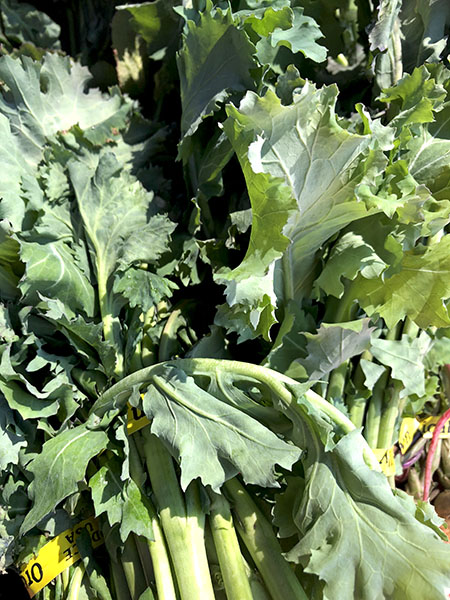 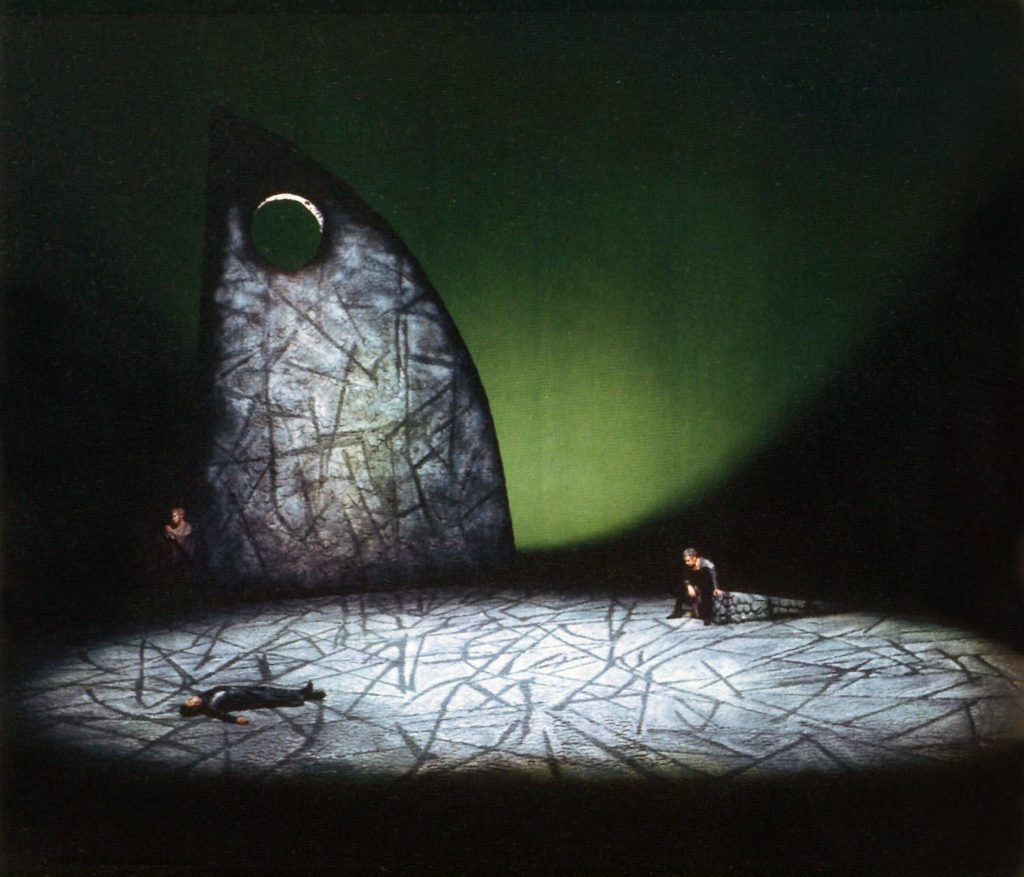 There was also an opera ice. 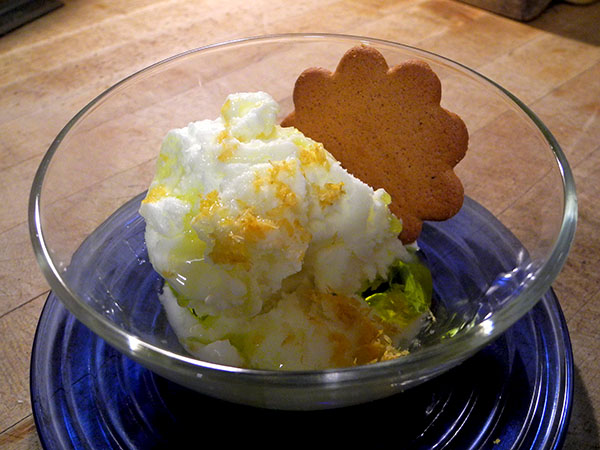 [image from inside a red/white/gold box at the Vienna State Opera from Trip Advisor; the bottom image, a still from the 3rd act of Wieland Wagner’s ‘Tristan’, the production we listened to, from Michael Erlebach’s Pinterest]