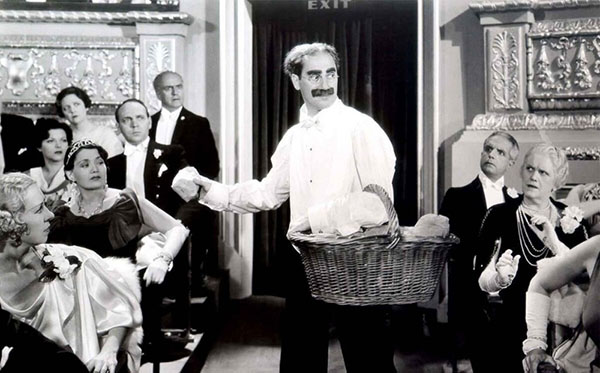 Like many nights, dinner at home was also a night at the opera.

A note on the subject of our dinner music: During our evening meals we often listen to a recording of an entire opera (or a large section of one, continuing it later that night or the next day). I could call it our version of the little-mourned 1970s ‘dinner theater’ vogue, a cringeworthy form of entertainment that is now fortunately just about defunct, but I’m not going to.

Yet I do think our arrangements of dinner with classical music theater, even without the visuals, beats any other way of enjoying the operatic art form, except for the right seats at a good live performance. I have to point out that one thing in its favor not available to audience members at a live performance is the pleasure of exchanging reactions to the work, either silent or spoken, while sitting across from the perfect dinner (and opera) companion. Also, being able to talk freely during the performance, and and to call for – and get – an “encore” of a particularly good aria or section from the piece. Oh, also, always some good wine at your seat.

Still, the food is always the evening’s raison d’être. Last night, while we listened to [most of] a great recording of Vivaldi’s ‘Il Farnace’, we were also enjoying a very good dinner. 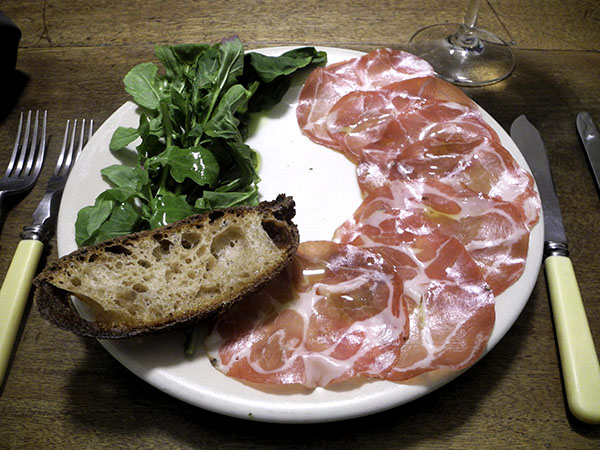 The first course, although dominated by a meat, was uncharacteristically lighter than the main course of fish (noting that, had the order been the other way around, a heavy seafood dish followed by a light one of meat, it would not have been nearly as satisfactory). 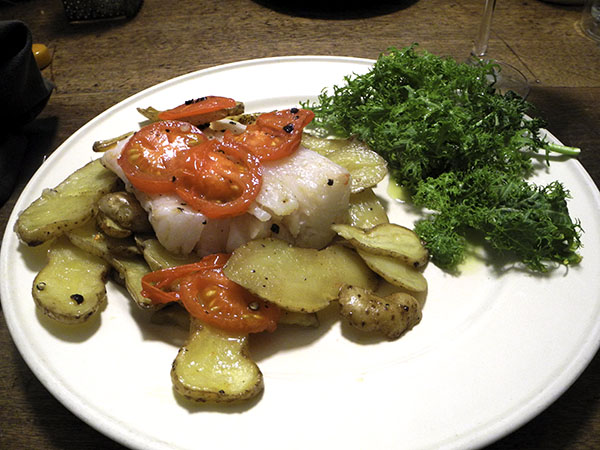 The main course was commissioned by Barry, who requested an entrée of a firm white fish roasted on the top of sliced baked potatoes, for a cold February evening. 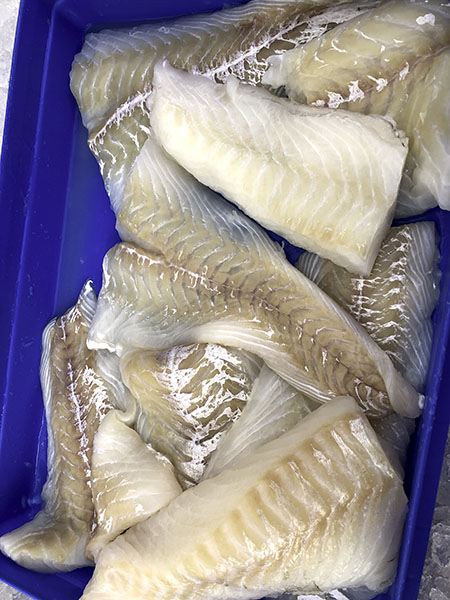 For what it’s worth, there were 11 potatoes left in the farmers’ basket on Monday. I bought them all. They weighted exactly one pound. Every one of them was perfect. Nice. 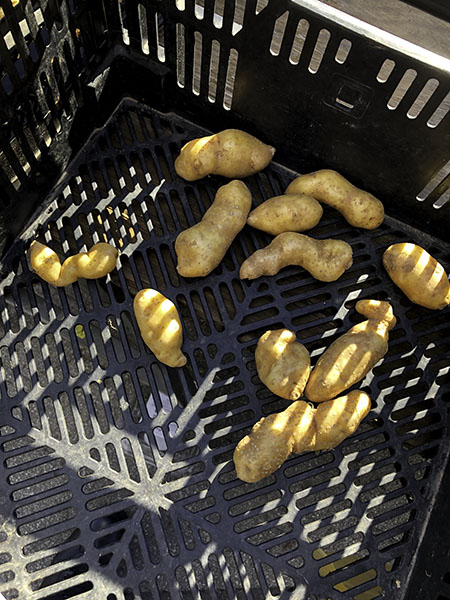 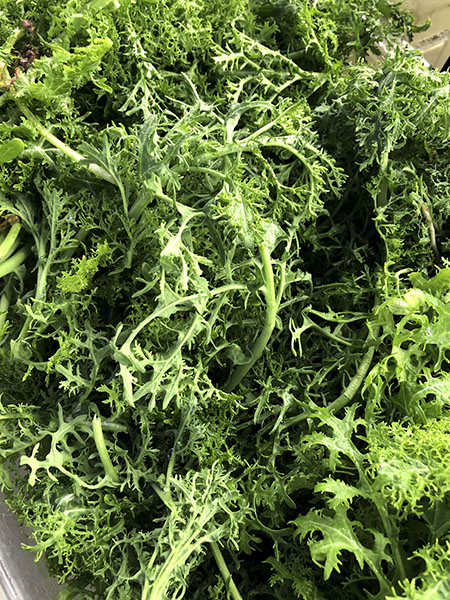 [the image at the top, a still from the 1935 Marx Brothers comedy, ‘A night at the Opera‘, is from Film Forum, but the link is not loading right now] 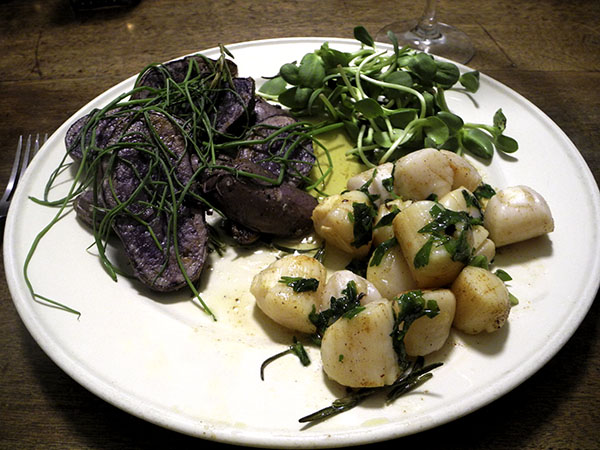 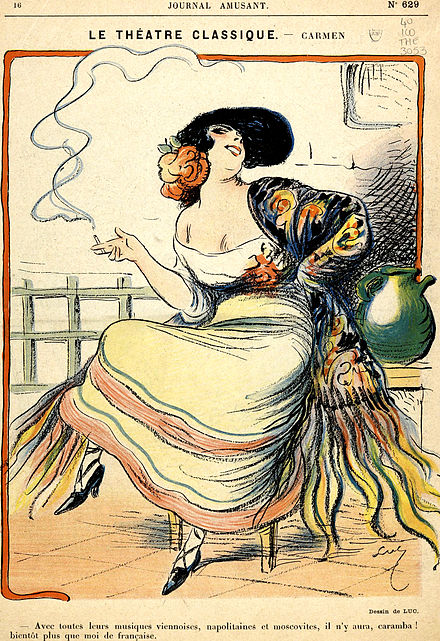 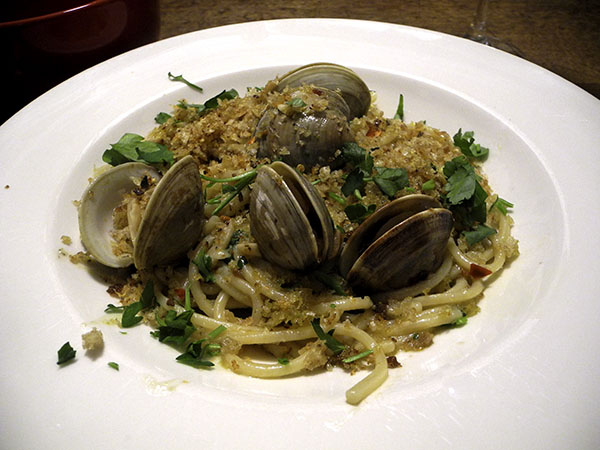 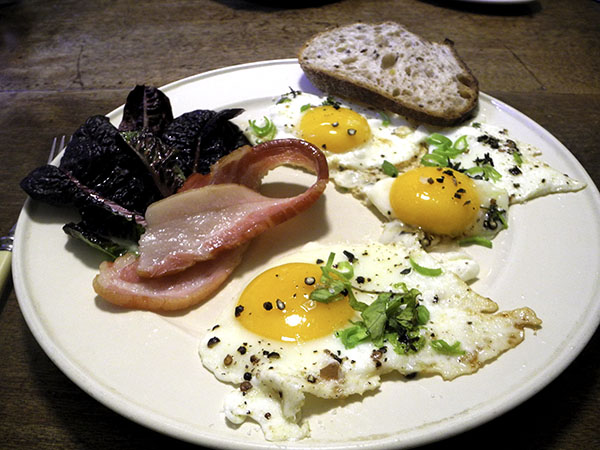 Bacon and eggs, with the traditional diner ‘salad’, only here the lettuce is dark purple.

In another break from counter custom, the freshly ground black pepper was supplemented this morning with a bit of a freshly crushed smoked chili pepper. 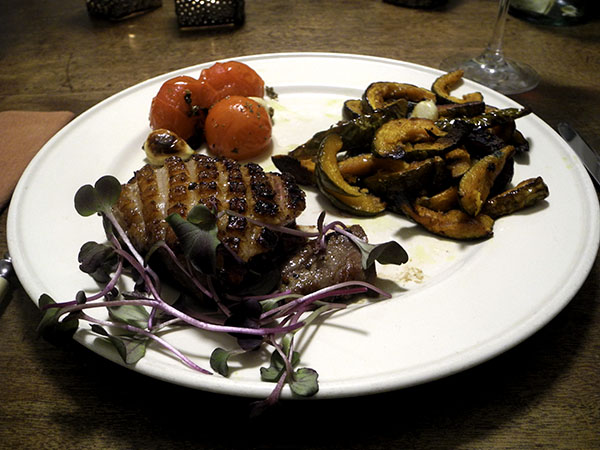 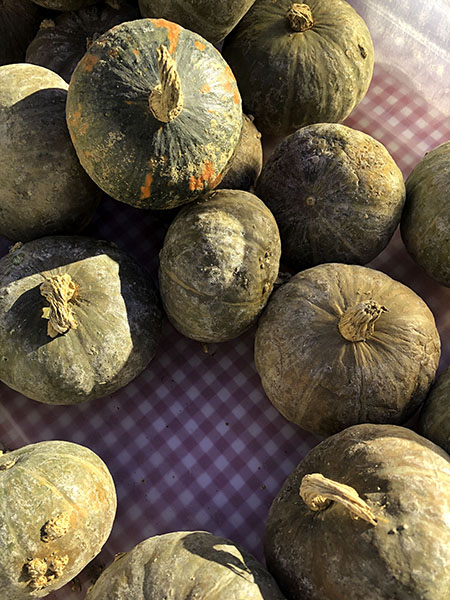 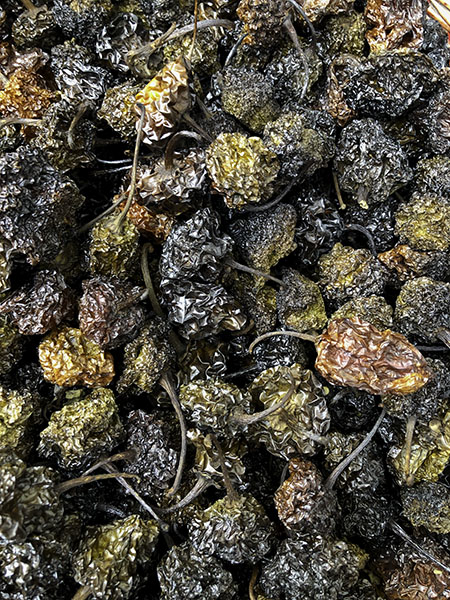