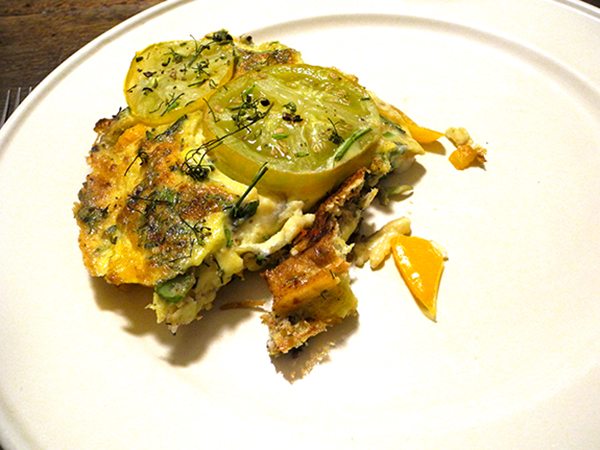 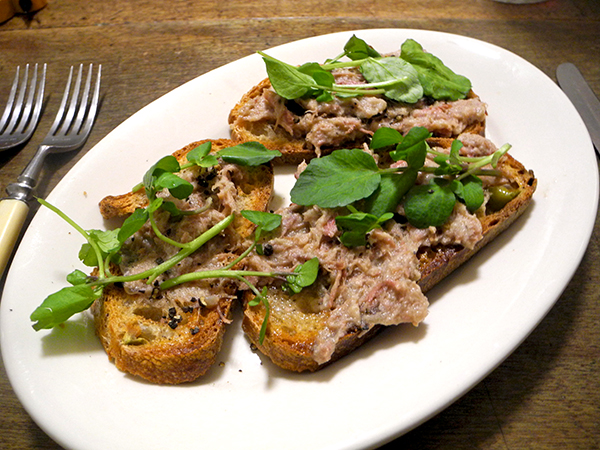 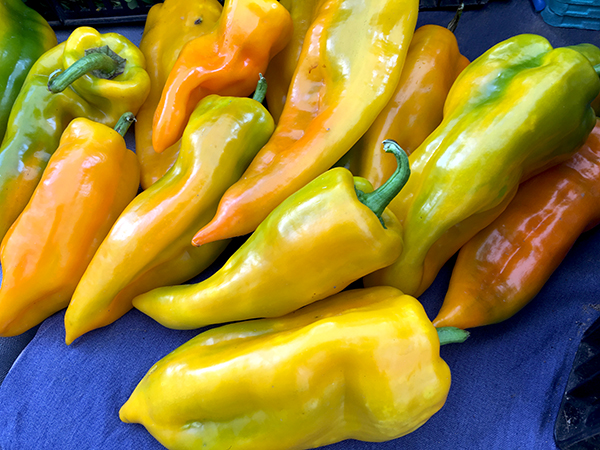 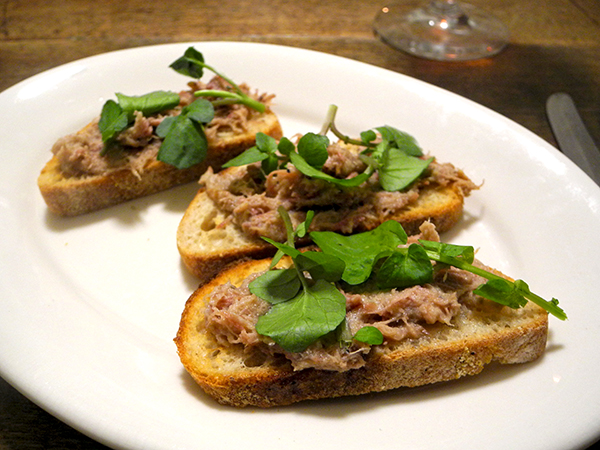 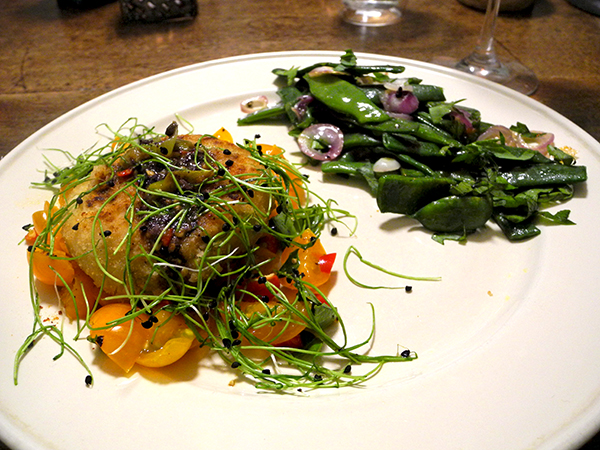 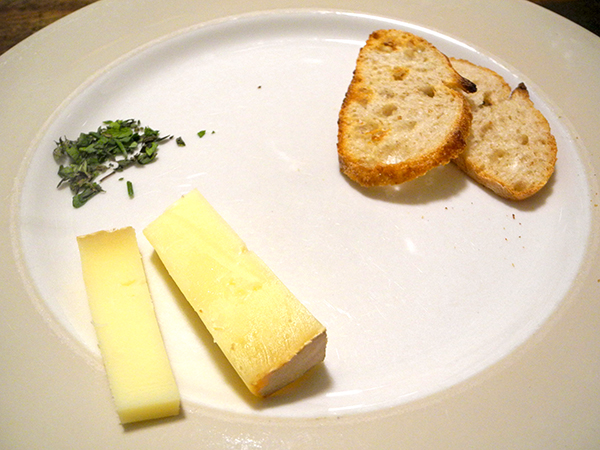 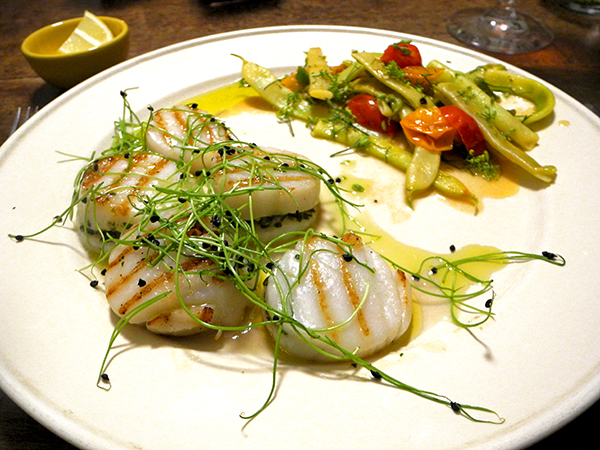 Once again there were some beautiful large very fresh scallops at the Greenmarket, and, especially after a summer of much smaller specimens, it was going to seem a shame if I didn’t take advantage of their size – and the fresh bouquet of basil waiting on the counter – to repeat the same savory entrée I had prepared only 10 days before.

I made last night’s preparation at least a little distinctive from earlier versions by finishing the 10 pan-grilled médaillons with a garnish as special as the perfect scallops themselves.

There was cheese and fruit. 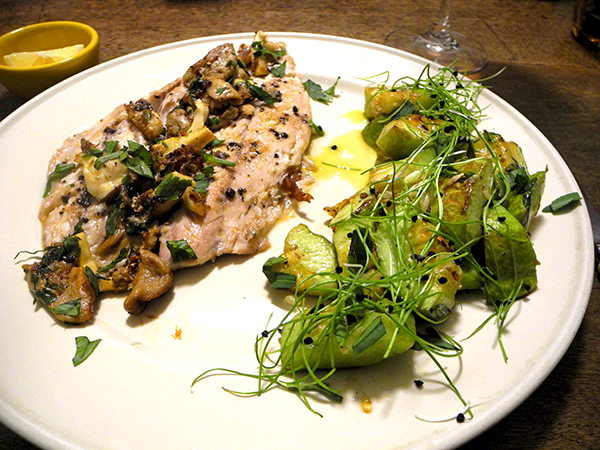 I was at the Pura Vida fish display cases. The mackerel were beautiful, so I hardly hesitated before choosing them for our entrée on Friday night. Then Paul told me that, just 2 stalls down, Joe Rizzo had some beautiful Boletus mushrooms. I’m not an expert, but even I knew that sounded pretty special. 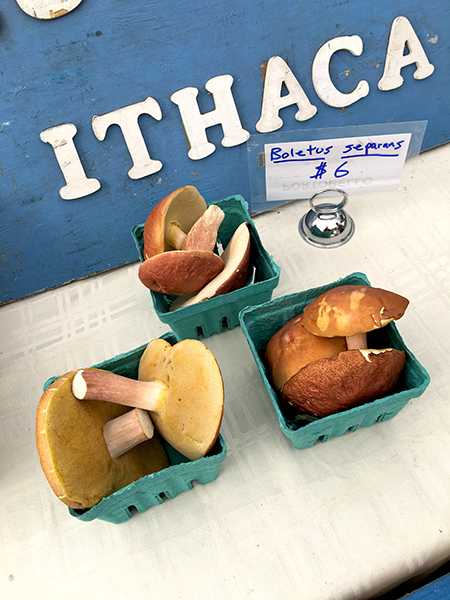 I love mushrooms, but I’m far less familiar with these wonderful fungi than I have eventually become with fish. I was also nonplussed, because I knew mushrooms should be used on the day they’re brought home.

At least initially, to me the combination of mackerel and mushroom seemed like anything but a natural. I mentioned my doubts to Paul, but he would have none of it. I quickly checked Google on my phone, to see if anything showed up with a search under the words, words, ‘mackerel’ and ‘mushrooms’. I couldn’t find much, partly on account of the glare outside on the pavement, but I decided I’d give the combo a try, thinking I would be able to uncover something interesting on my laptop once I had returned home.

I found a modest site I had never come across before, with what seemed a perfect fit. The recipe asked only for ingredients I had on hand (there were very few ingredients, in fact), and it was extremely simple (so simple I originally had my doubts about its virtues). Then, as I thought about it more, it made perfect sense, especially since the acidity of a little lemon was involved, appropriate for this rich oily fish, and I was going to be able accompany the mackerel and the mushrooms with some refreshingly juicy sautéed cucumbers. 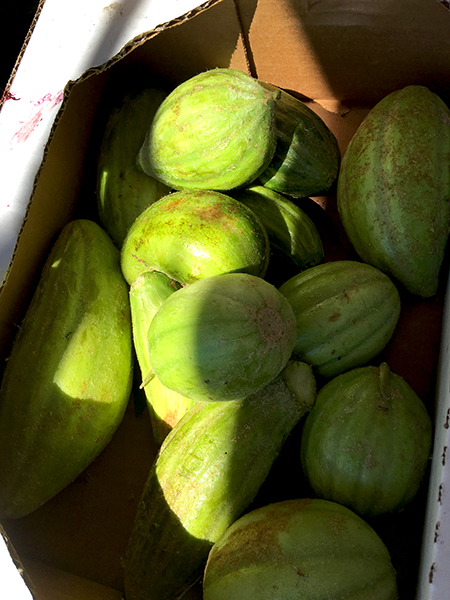 It turned out wonderful, and it has freed my mackerel from its long bondage with tomato salsa, not however as a substitute for that excellent classic formula, but as perhaps only the first of a number of new alternatives to it. 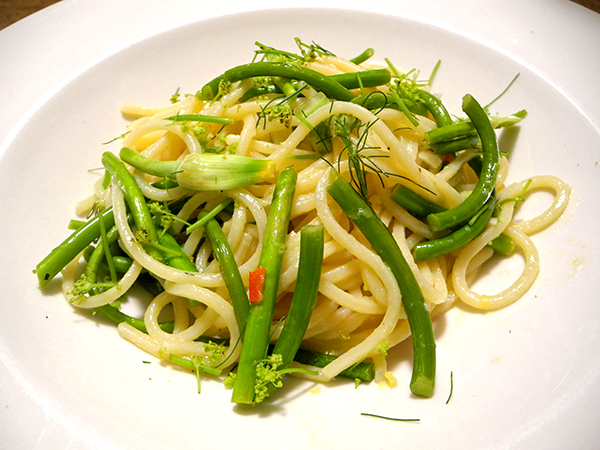 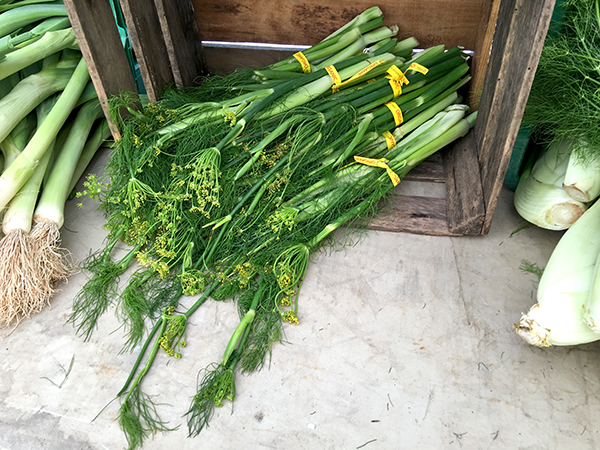