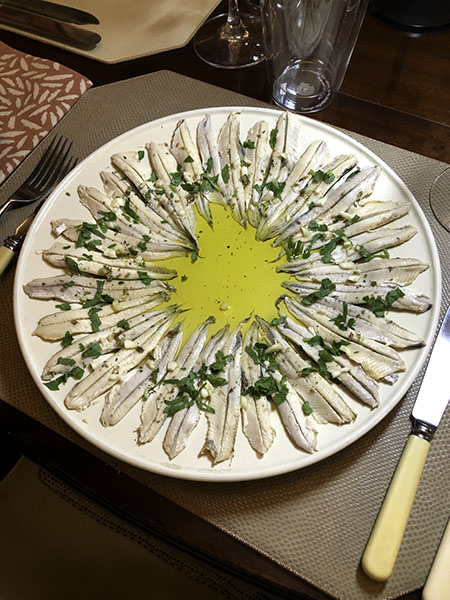 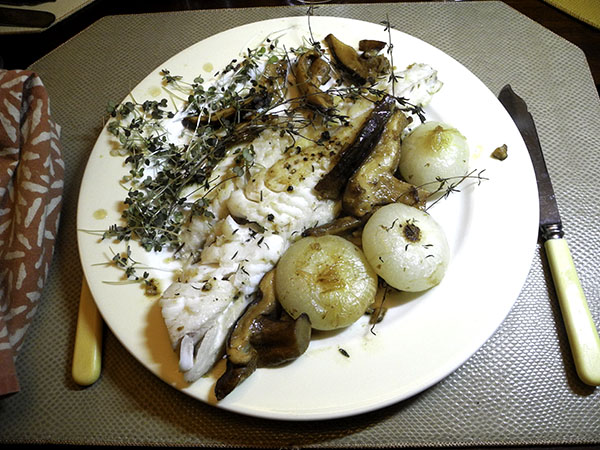 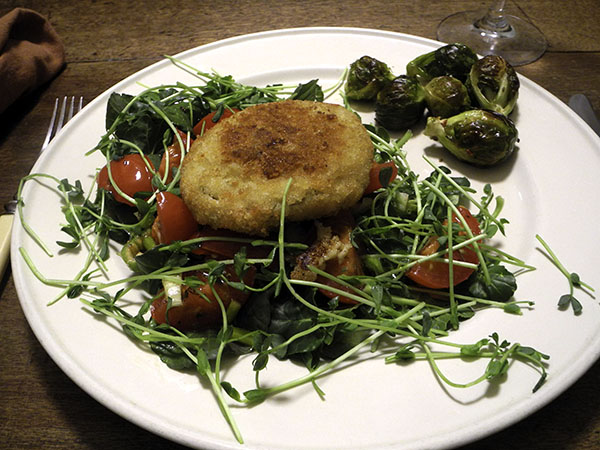 Almost a day off.

This was a casual meal slipped in between some more ambitious holiday season dinners, and it was pretty much improvised; the idea was to give the cook a cook’s holiday, and to include elements or ingredients that had been inside the apartment for a while before they came close to the end of their useful life.

It could also be described as the impecunious diner’s surf & turf, turf here meaning vegetables. 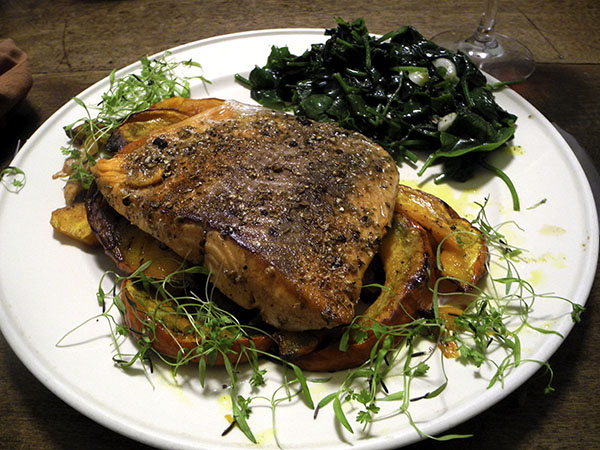 A salmon in the pumpkin patch.

While thinking about dinner on Wednesday, I turned up 2 ideas at roughly the same moment: It seemed like it was time to serve Salmon again, and I was anxious to taste a new variety of winter squash I had recently picked up at the Union Square Greenmarket.

I decided to serve them at the same time; I didn’t realize then I would also be serving them in the same space. The combination had seemed totally natural the moment I thought of it, and that had nothing to do with the color they shared. then, once I had begun cooking I thought of really putting them together.

I couldn’t have anticipated just how well the pairing was going to work. The salmon was really fully flavored and dryly piquant, but not spicy as in spicy hot; the amazing chestnut-flavored Japanese squash was equally rich, in a very different way, and very juicy, but surprisingly sweet even for a winter squash (naturally so, since there was nothing but butter, salt, pepper, and heat involved in its preparation). 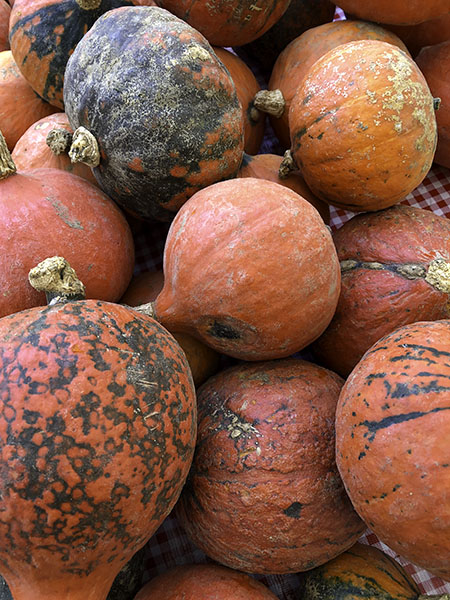 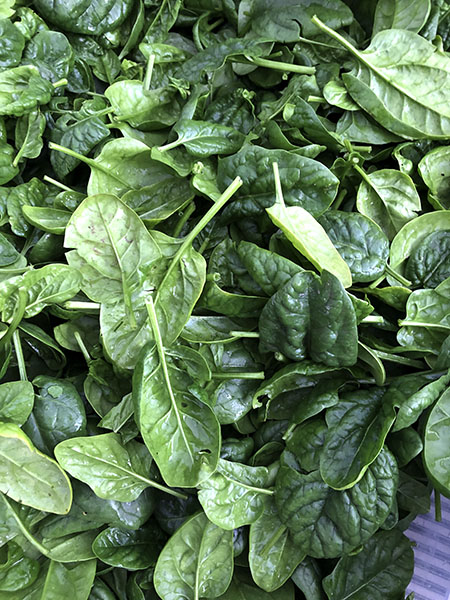 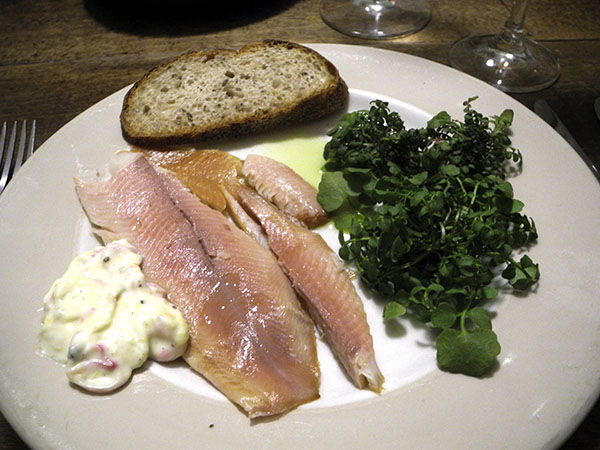 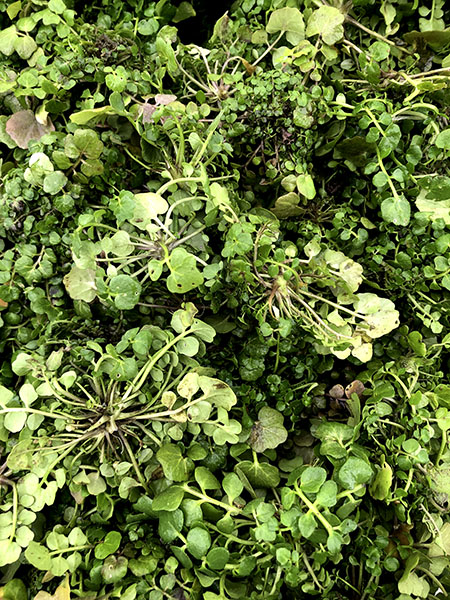 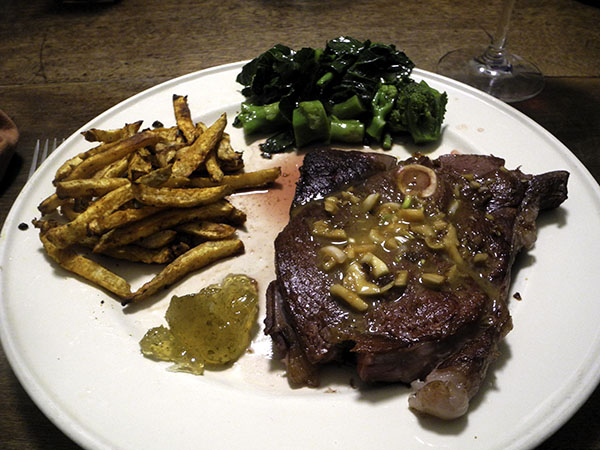 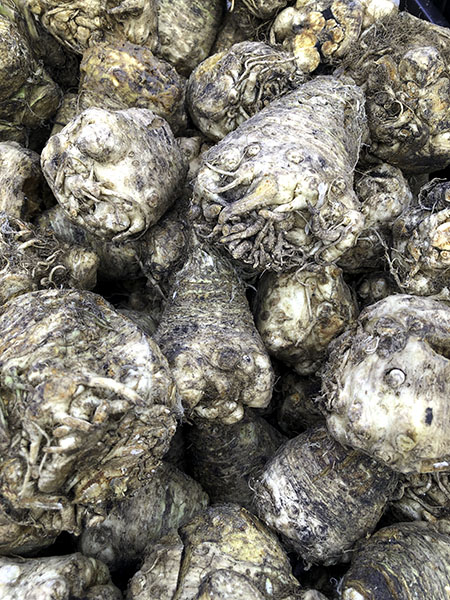 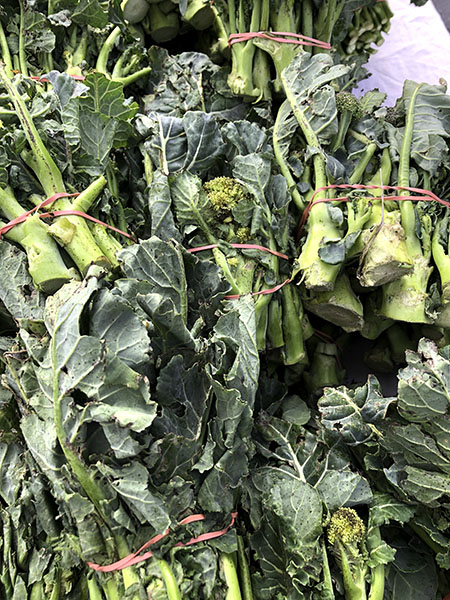 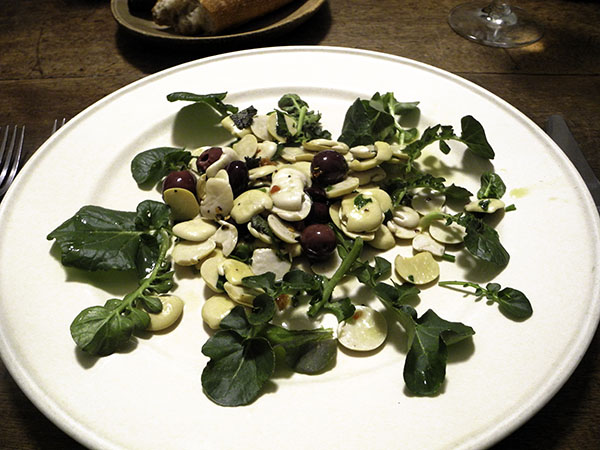 It was the eve of Christmas. A lot of people take this date very seriously. Italian-Americans, for instance, have a tradition called Festa dei sette pesci. I love real Italian food, and I tend to relate to it a lot in my cooking, although not the Italian-American version.

I have never tried for 7 fishes on Christmas Eve, but I had friends in Rhode Island who did it every year, although sometimes stretching the definition of ‘fish’.

I do however like the idea of fish on the night before Christmas; maybe it’s a throwback to my Catholic upbringing in the last century, or maybe it’s just out of a sense of proportion, since the day that follows is almost certainly to be a meat feast. This year I could  have put two ‘fishes’ on the table, but neither of us ate any Salzige Heringe for dessert. 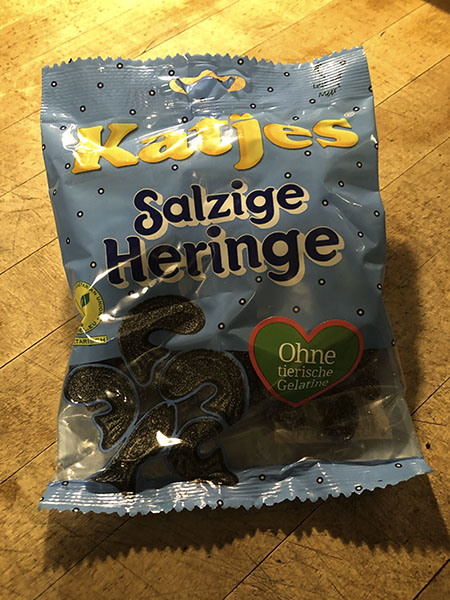 We get these licorice ‘herring’ at Schaller & Weber, a very, very northern Italian store.

The evening began with a vegetarian appetizer.

The pasta course was also a fish course.

I’m not going to tell how far the the clams had to swim to get here, but they started in New Zealand. 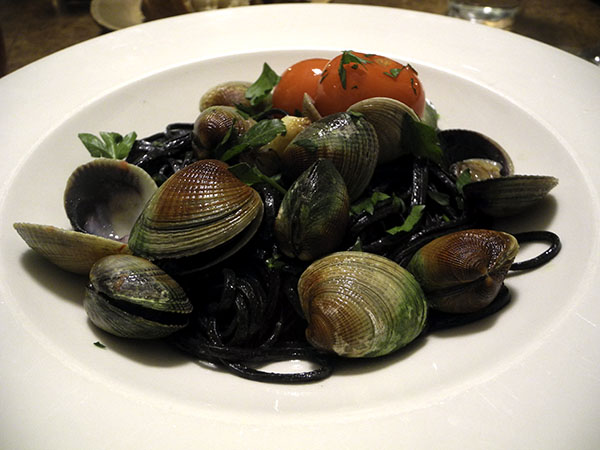 The recipe I used on Monday, converted for using 30 cockles, or just under one pound, and adjusted for 12 ounces of fresh squid ink pasta, was ‘Spaghetti With Clams; adapted from Da Dora restaurant, Naples’.  I had cut it from the December 8, 1999 New York Times, and I still have the old clipping, which is what I used as a reference, but I just found it here on line.