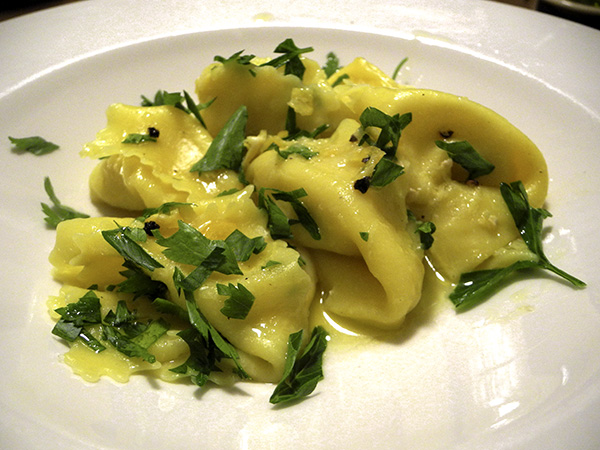 It was an extremely simple meal of a pasta followed by a course that included 3 different cheeses with bread to accompany them. 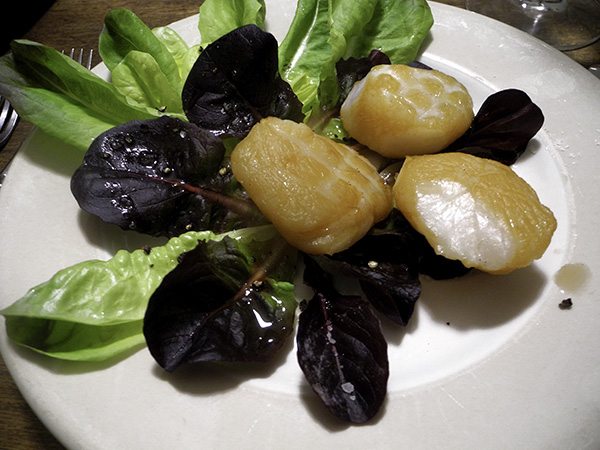 Once I got going with specialness, bringing home a super shellfish appetizer from the Greenmarket (where, incidentally, seafood always wild game, except for the delicious farmed trout from Dave Harris’s Max Creek Hatchery) the idea of a main course of grilled quail (delicious, but actually almost always ‘farmed game‘, when it comes to the experiences of most of us) seemed pretty natural.

The main course was almost as simple to assemble as the first, and equally delicious. 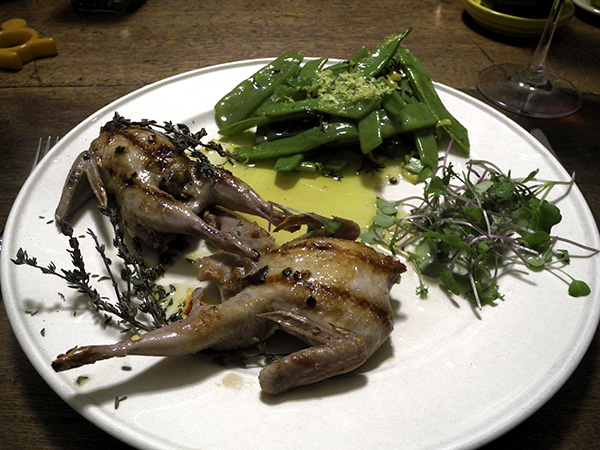 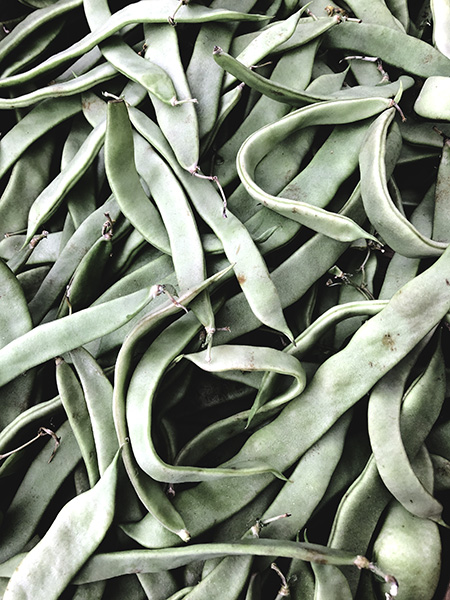 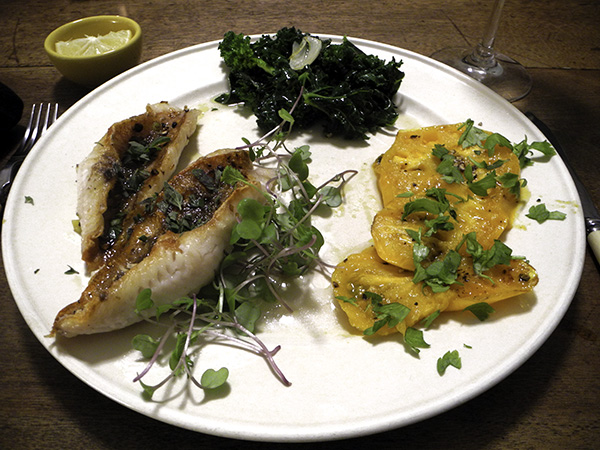 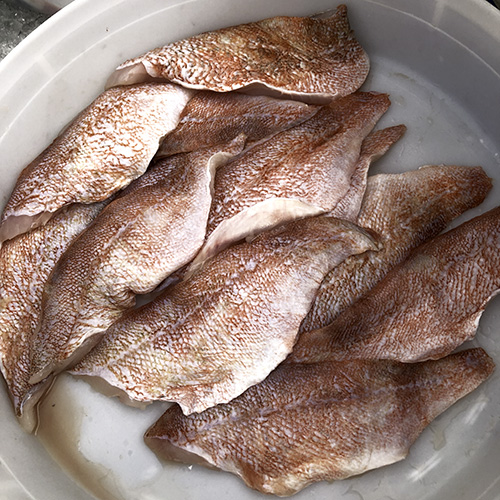 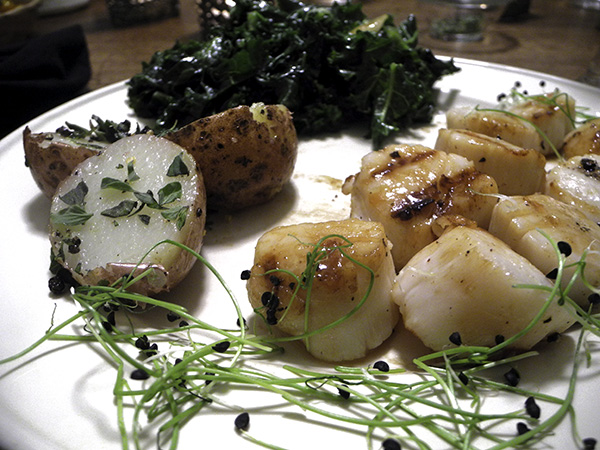 It was a straightforward version of my usual treatment of sea scallops, and the vegetables were also pretty simply cooked. 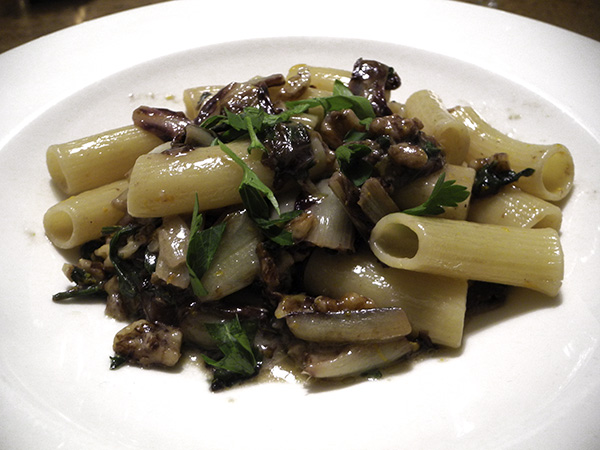 It was to be a pasta evening, and I found a Food52 recipe, ‘Pasta with Gorgonzola, Radicchio, Walnuts, and Orange’, that really appealed to me, and then I happy to reailize I had virtually all of the ingredients called for, with one near exception being that almost the main one: The formula asked for gorgonzola (“or other mild blue cheese”); the cheese I had bought earlier in the day only suggested the special pleasures of that description, but, since I already knew it had a bit of blue in it, and that it definitely wasn’t shy, I went with it. The other exception was my little mandarins, which substituted for the prescribed orange.  I did not finish it with either Pecorino Romano or Parmigiano Reggiano cheese,