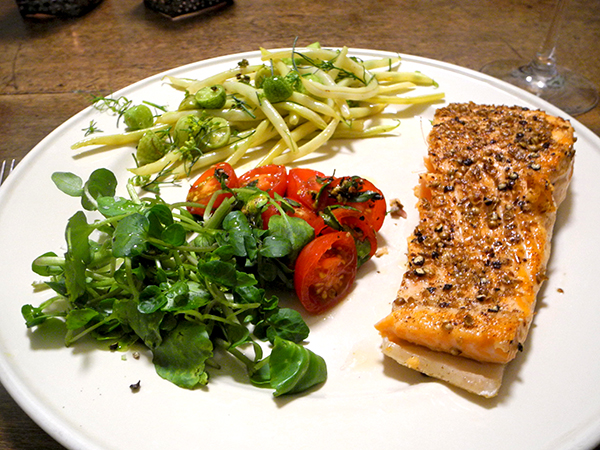 The very good Melissa Clark salmon recipe I’ve been using lately really needs a few hours of lead time for its marinade to do its job properly, and last night I didn’t have any lead time at all.  I turned instead to a Mark Bittman recipe, ‘Four-Spice Salmon’, which I have found equally good. I’ve used it several times, although not since the beginning of last year. It too involves a ‘rub’, but it’s one which requires no waiting.