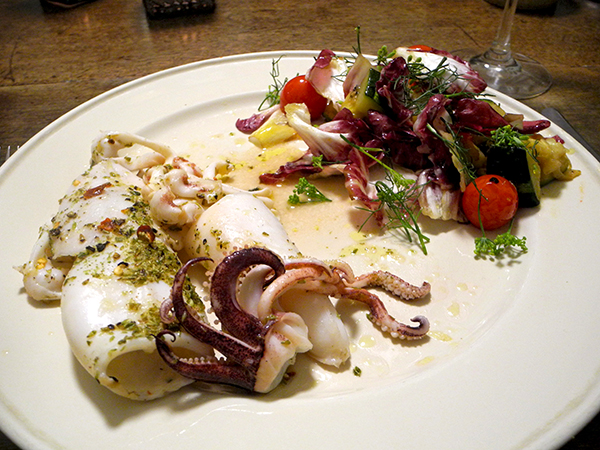 It was a Sicilian meal, well, creatively Sicilian. Calamari are definitely a Sicilian thing, and the wine was Sicilian. Lots of herbs familiar in Sicilian cooking showed up, like oregano (here from the Madonie Mountains, Sicily); basil (the Hudson Highlands, in New York); and there’s no dispute about the importance of anything fennel in Sicily, here fennel flowers (the Catskill Mountains, New York); there was olive oil of course (not from Sicily, but at least from southern Italy, Puglia; there was pepperoncino (the plains of Turri, Sardinia, the next island north of Sicily), and there was garlic (New York again); lemon was important (here the California Central Valley?); and there were also tomatoes (very Sicilian – via Spain – even if these came from the area in New Jersey the Delaware culture called, Tuphanne [cold water], today’s Old Tappan); there was one large zucchini, or at least a relative of the zucchini (this one grown in the Green Mountains of Vermont); finally, the northern Italian radiccchio of which there are some traces in Sicily, at least these days (had that not been the case, this little Sicily conceit would have been a deceit; the radicchio I used came from the our own north, that same farm in those same Green Mountains).

As for the dessert, peaches are Italian, although the 2 we had were from the Marlboro Mountains in New York (the farm is owned by an Italian-American family).

*Chicories are grown in Sicilian gardens, even though they appear to have been an invention, or re-invention of the north of Italy. 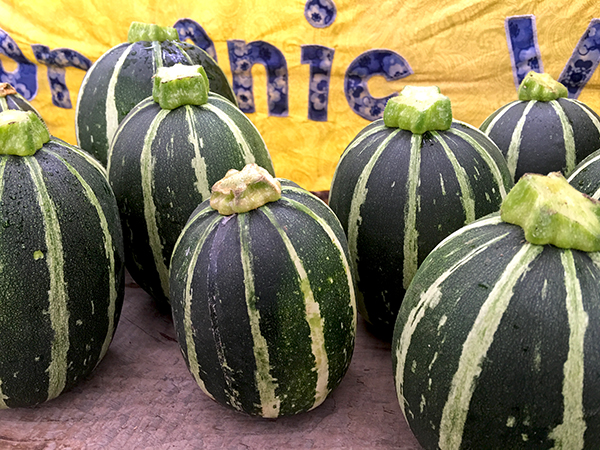 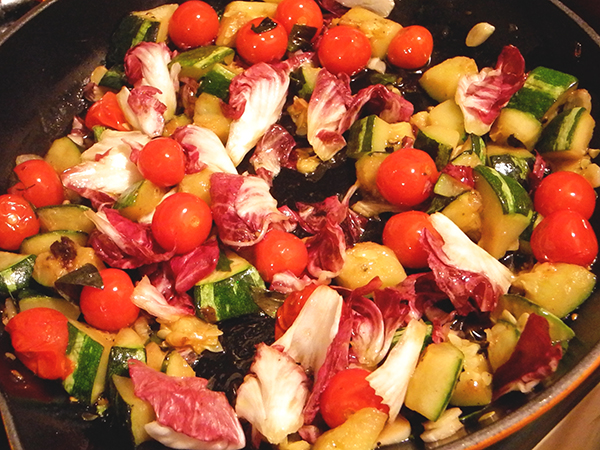 piccolo squash in the market; trifolati minutes before removed from the heat