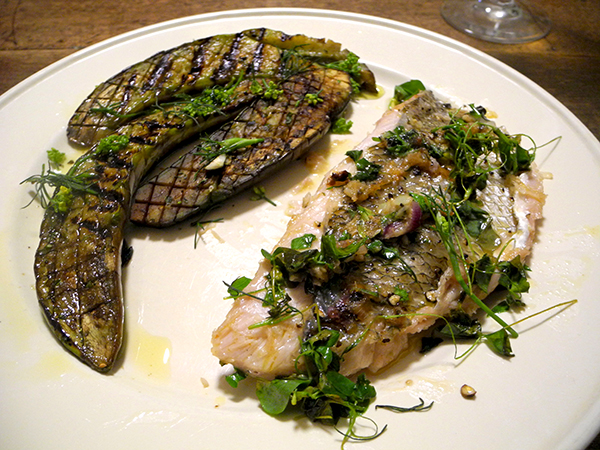 Only after I had plated fish and the vegetables did it occur to me that they would have looked so much better had I thought ahead and included some color, like any one or more of the tomatoes in various colors sitting on the window sill across from the table. Still, even unembellished, the entrée was scrumptious; I don’t think it could have been improved.

Porgy is a magnificent fish, as I’ve written here before, and these pale-green long eggplants (I did not get their name from the farmer, but I will ask) were incredibly juicy and sweet. 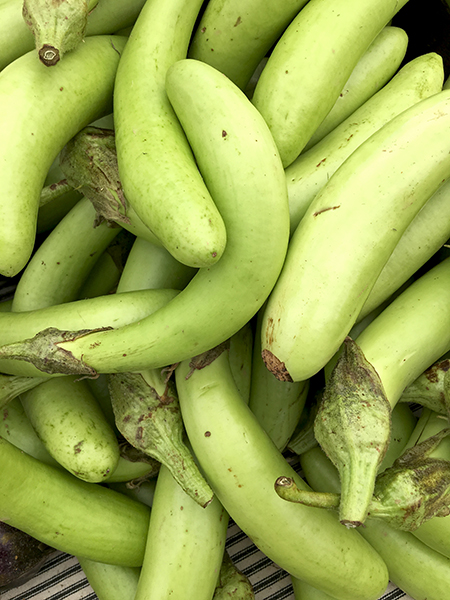 There was fruit, for a simple dessert.