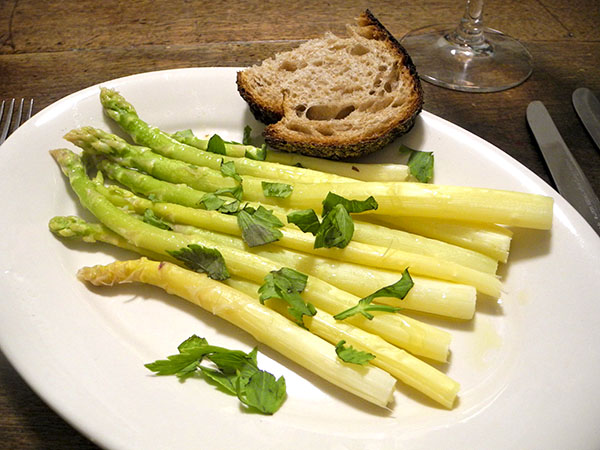 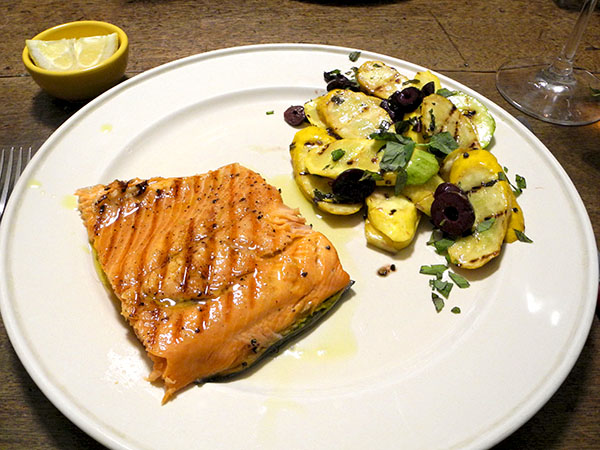 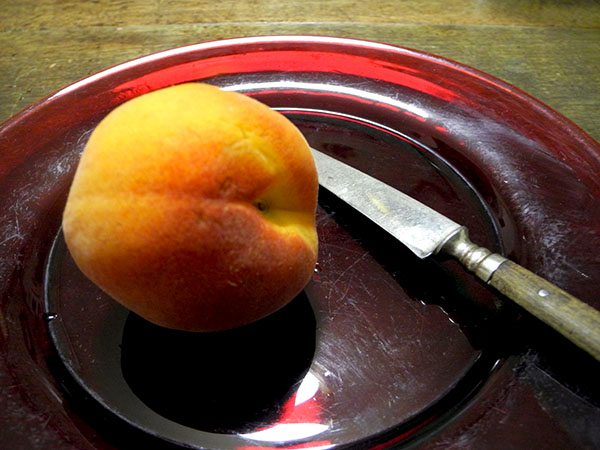 Both surprised and delighted to spot white asparagus in Union Square on Monday (I think it may even have been a first for the Greenmarket), I immediately picked out a small bundle to take home. The spears were small, each had a tinge of green toward the top, and it was no longer spring. These are all attributes not found with Spargel in the land whose people are obsessed with it to the point that when green asparagus appears on a menu in Germany, it has to be so described as grüner Spargel, to avoid both misunderstanding and disappointment.

They were delicious, and, although I think it’s still a work in progress, I will be looking out for more, maybe come spring next time.

I served the asparagus as a separate course, as much for aesthetic reasons as anything else, but I also wanted to pay a lot of attention to the preparation of a rare find, one I was doing for the first time.