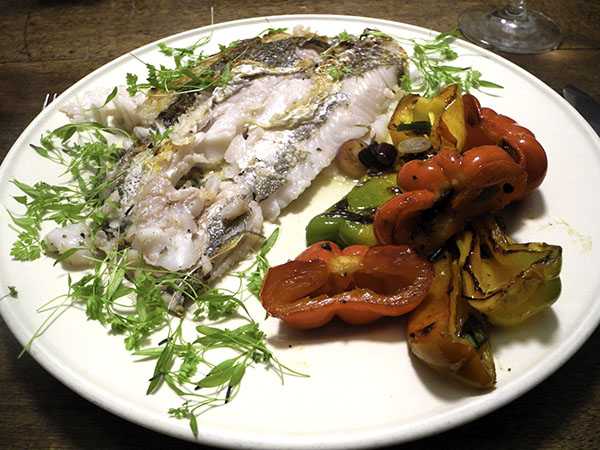 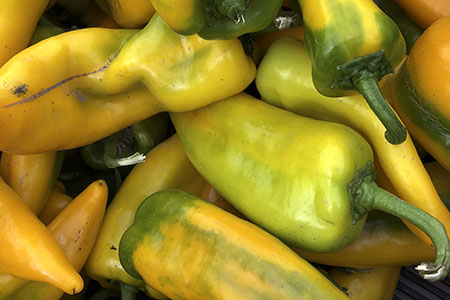 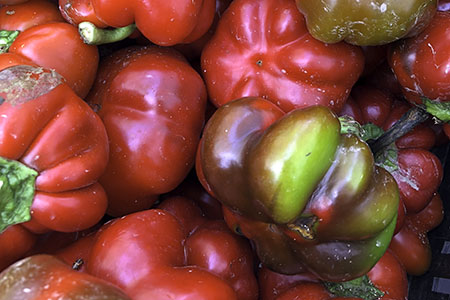 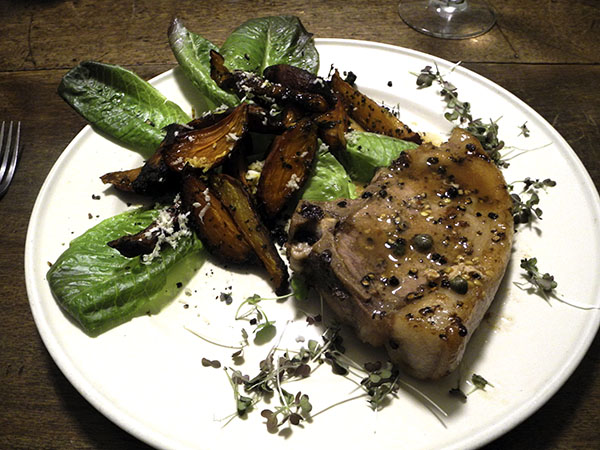 They’ve been a part of virtually every meal this month, and the last, but it didn’t occur to me to include them last night. I was thinking we’d have a cheese course later, and I wanted to keep the entrée down to 2 elements; I knew there would be some color even without tomatoes; and I thought that the lettuce I would be including, plus a micro green, would add a sufficient element of freshness themselves.

And yet there was tomato, although only as a very subtle addition to the self sauce created by the pork.

I love both this special vegetable, and the pork, as well as the recipes I used for each, but the entire entrée was even more successful than I had expected. In the case of the chops, the simple addition of even the small amount of rendered heirloom tomato juices I had, remaining from an earlier meal, may have made all the difference.

The beets were an extraordinary new sweet variety we’ve enjoyed before, using the same recipe, and even though I ended up roasting them longer than I wanted to, they were still delicious. Horseradish is a blessed thing. 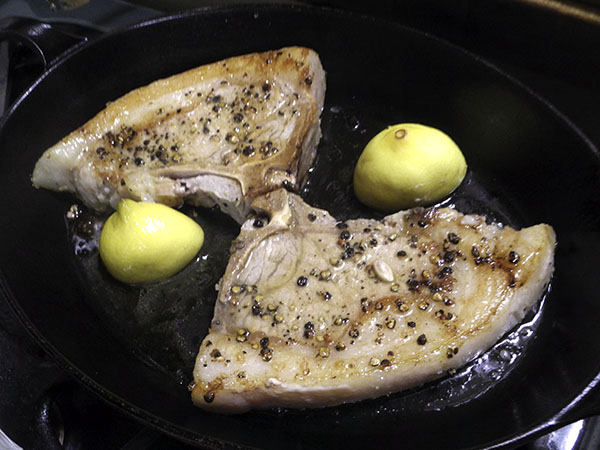 There was a cheese course, which I did not photograph 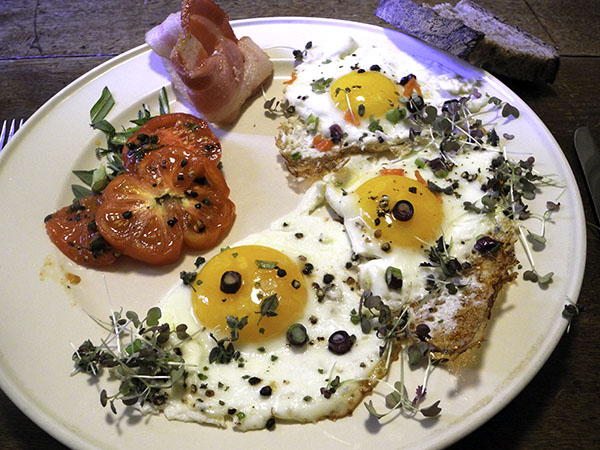 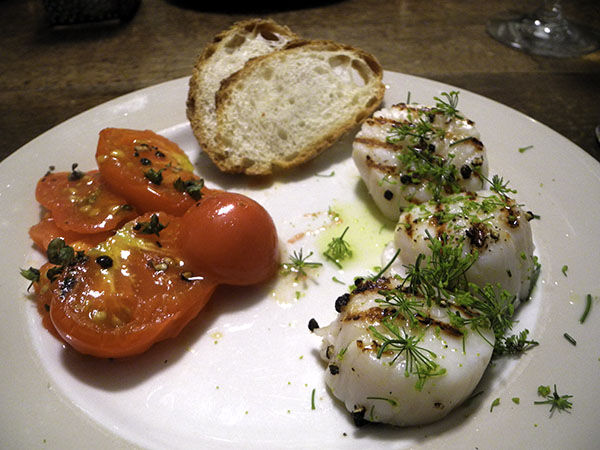 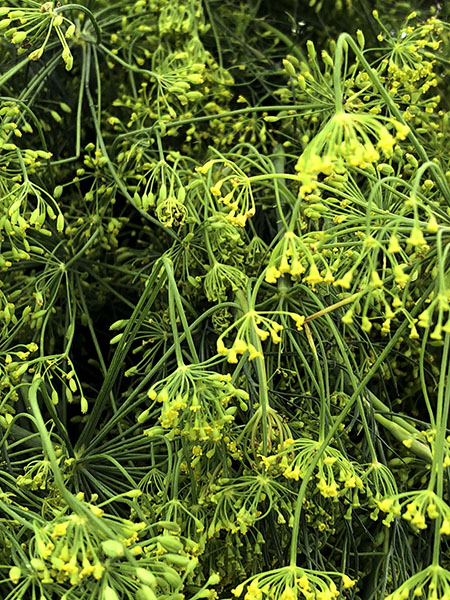 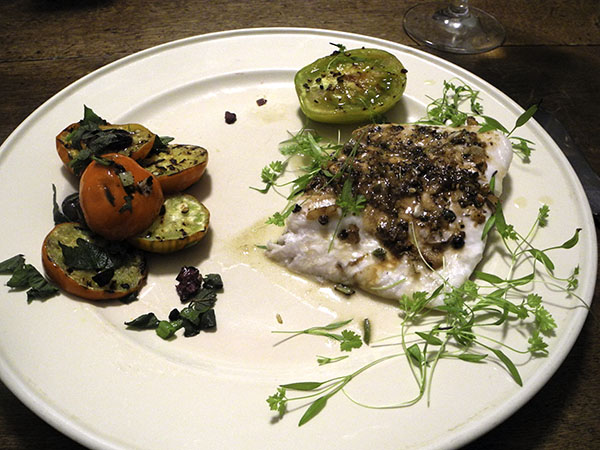 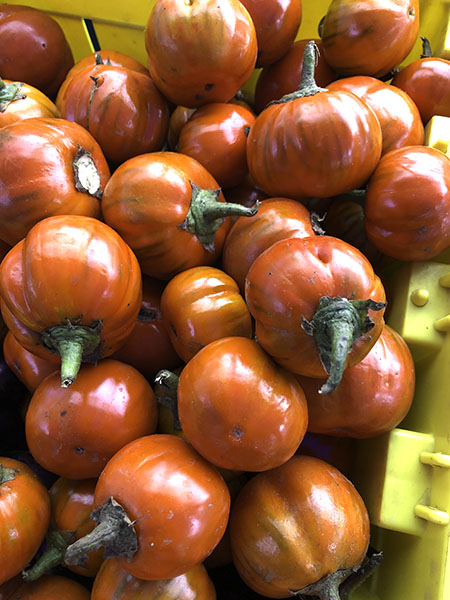 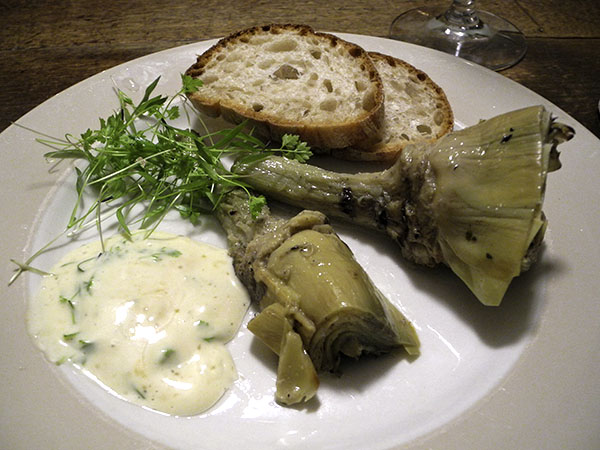 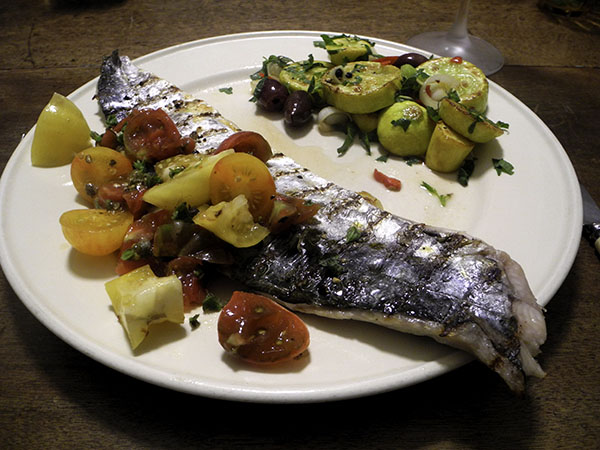