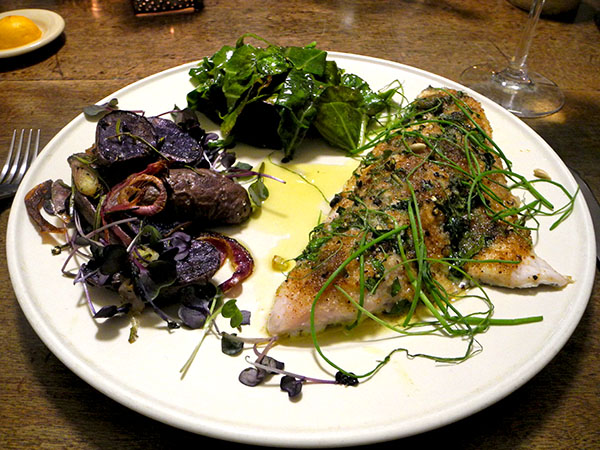 It was, but it was neither as difficult as looks, nor as ‘heavy’.

What it was, was delicious.

Scurrying around quickly for an idea for preparing 2 beautiful Black Sea Bass fillets Friday night, I grabbed a printed sheet from my ‘bass’ file, and went with something which I discovered only after the meal was actually a recipe for oven-roasted Striped Bass, not ‘Black Sea Bass’. They are two different fish, Striped Bass being moderately fatty and maybe a little more ‘fishy’ (not a pejorative, for me), so what I did may have been a bit heavy for the more delicate fish.

While I was cooking I wondered why I hadn’t prepared sea bass this way before, but in the end it worked out fine, and, with the vegetables I chose, possibly better than a more minimal treatment would have this time.

The rainbow chard was a gentle enough choice, but I added a little chili pepper to it, which brought it out of the shadows, and the potatoes I chose were pretty serious, and not just for their dark color. 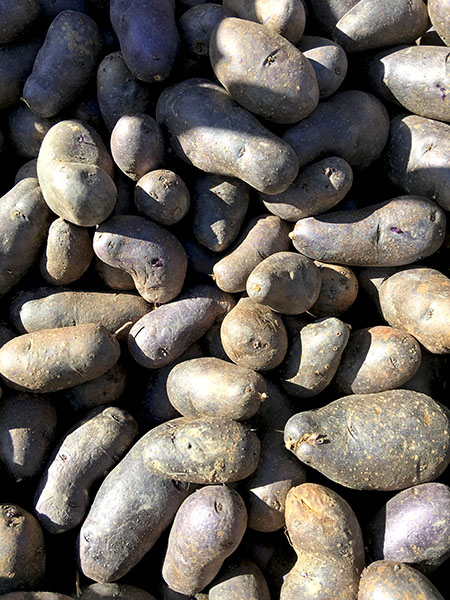