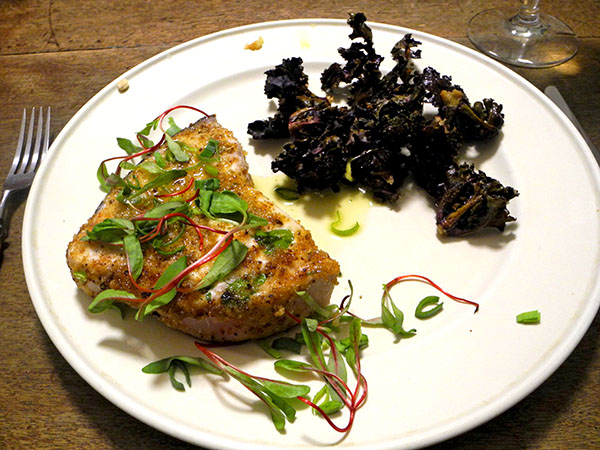 This swordfish dish has become very familiar on this site, except that last night the fresh herb was mint rather than the usual oregano, and the micro ‘greens’ which finished it were chard, which may never have made an appearance here.

The vegetable was almost totally new to our table: Ten months ago I had served Kale sprouts (the proprietary name is ‘Kalettes’©), a hybrid of kale and Brussels sprouts which grows on stalks like Brussels sprouts. Last April I had treated them as I would almost any greens, wilted with garlic in olive oil. This time I popped them in the oven, and, voila! puffs of kale chips!

When they came out of the oven they looked like Brussels sprouts that had exploded, like popcorn. They tasted like their botanical heritage: a mix of Brussels sprouts and kale. The texture was that of kale chips, which is to say, sensational! We ate them with our fingers (they were impossibly delicate).  Addictively crunchy, but, Unlike kale chips, each sprout finished with a little chewy bit in the center. 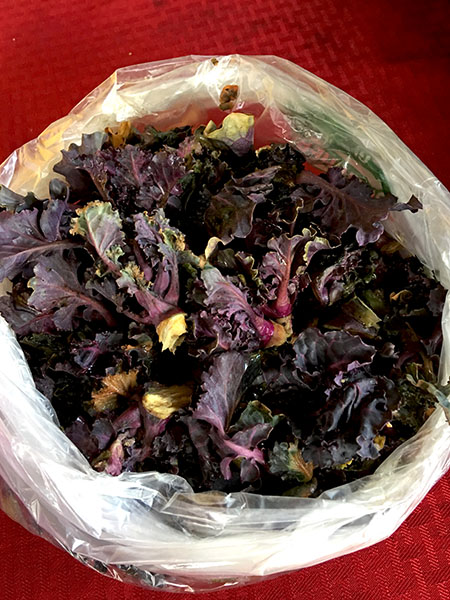