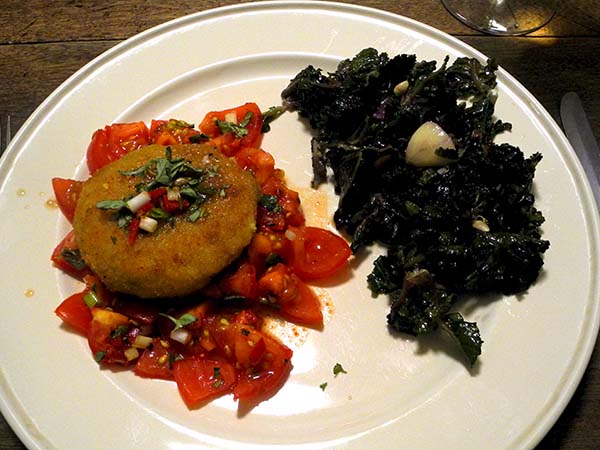 The crabcakes and their tomato ‘bed’ were both pretty familiar, but the greens stripped from a hybrid stalk of Brussels sprouts and kale was new. The verdict – for both the farmer and the cook – is still out on these particular greens.