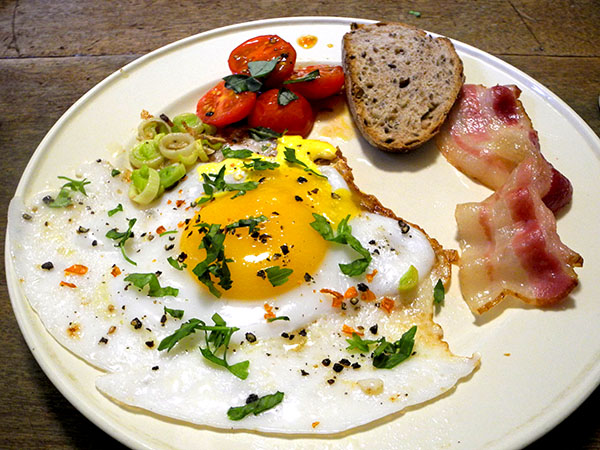 This would have been a pretty routine Sunday breakfast except for the goose eggs.

Picture below: A young comparison shopper, who then moved on, giving me an opening. 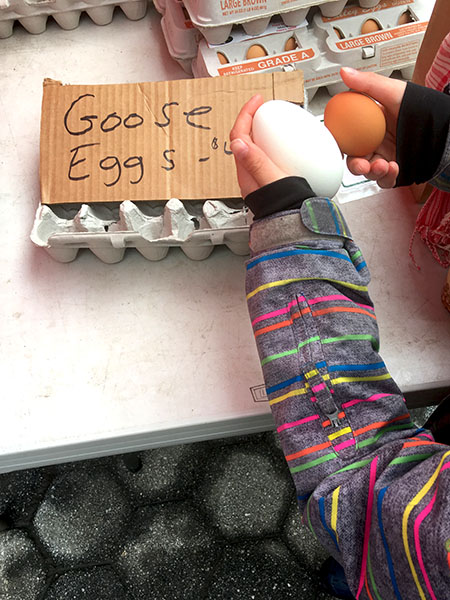 I’ve never tasted a goose egg, so when I spotted [just one] at a stall in the Greenmarket on Saturday, I was happy to learn that the farmer had more. One of them ended up on each of our plates at breakfast the next day, in the space where there would normally have been 3 chicken eggs. That’s a 6-inch teaspoon in the picture below. 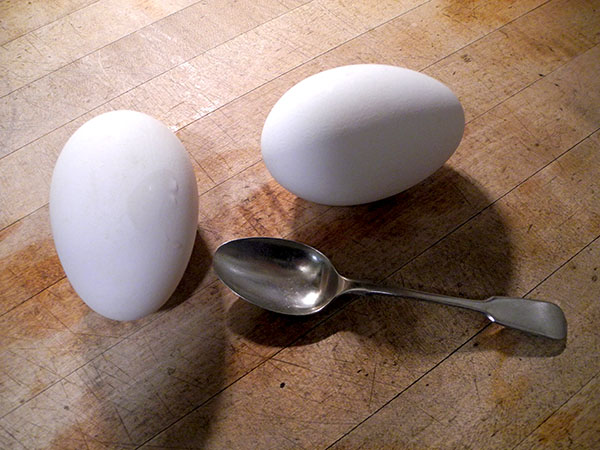 The first thing about goose eggs is that they take more than just a gentle tap on the side of the pan to crack open (on my first try I messed up the yoke, and the second, almost).

The second thing about goose eggs is they’re delicious, and not all funky.