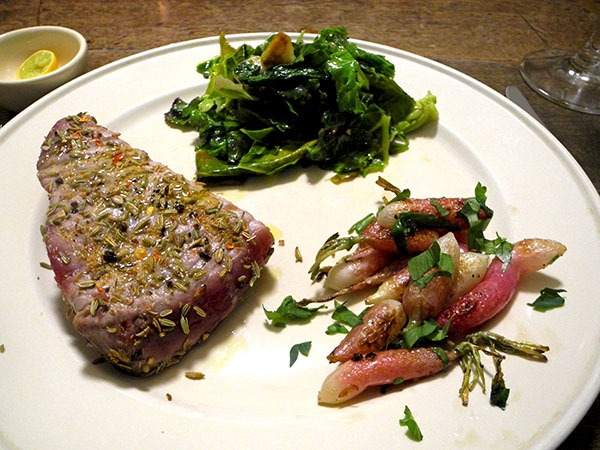 I have no idea how professional chefs manage to reproduce the same dishes over and over again; I’ve used this same tuna recipe more often than I can count, and it turns out at least a little different each time, even without half trying.

But then, reproducing the same dinner happens to be exactly what I’m never trying to do at home.

As for an accompaniment to the tuna, I had realized early on that I didn’t really have enough collard greens left from a bunch whose largest portion had been put into service for a previous meal, so I decided to add a second vegetable, some radishes I had almost forgotten were in the crisper, and to add their greens to the collards, or at least those that had still retained their freshness.

The fruits of this improvisation – and good home economy – were delicious, and colorful as well. 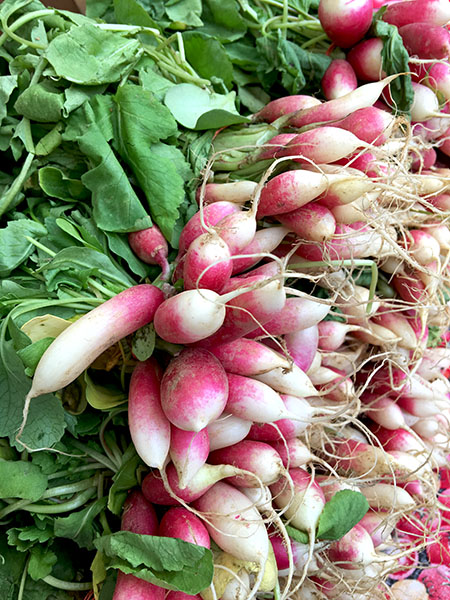