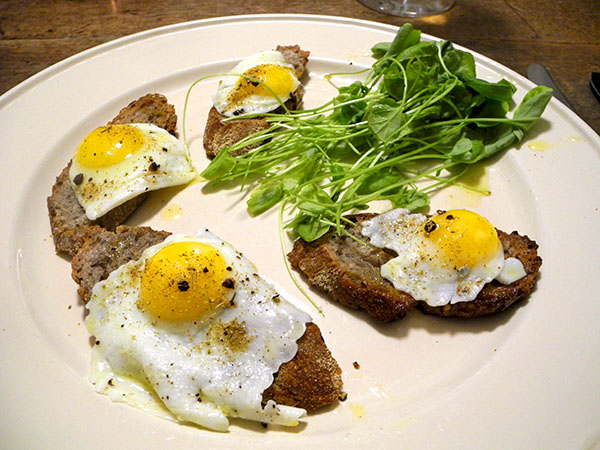 Yeah, pretty snazzy, yet still down to earth, I’d say.

I couldn’t resist these little ones.  We love quail itself, but, while I’ve had many opportunities to bring home quail eggs, there was never the kind of imperative I felt looking at the beautiful clear plastic (yeah, well..) package of 15 while at the Union Square Greenmarket on Saturday:  They were local and they were organic-fed. That, and the opportunity of preparing something I hadn’t before was more than good enough for me this time.

But I had no idea what I was going to do with them.

My assumption was that they would a part of a first course, the second being a simple good pasta. Last night I put those two concepts together: The appetizer became a dish of fried quail eggs on toast and the main course a beet pasta with a browned-butter sage sauce which I embroidered only slightly. 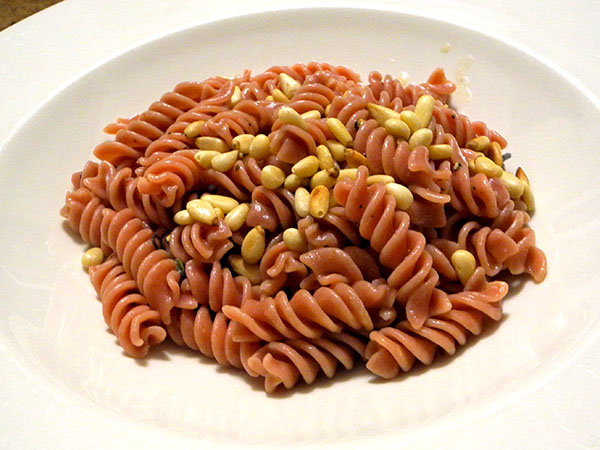