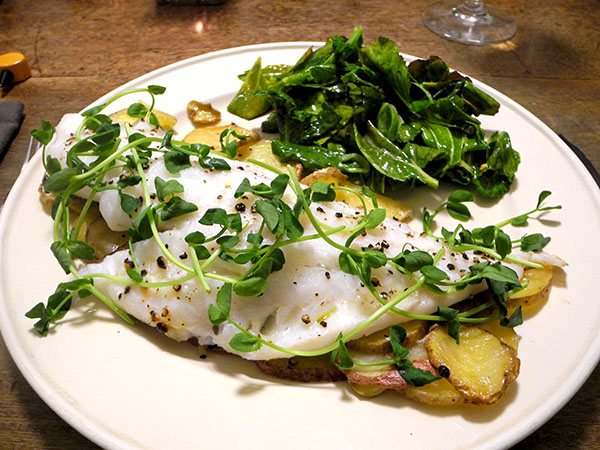 At this point, having already done this basic preparation a number of times, using several kinds of fish, I don’t feel I can write anything that the picture above can’t convey pretty well on its own.

The only thing slightly out of the ordinary about the preparation was that I used 2 different potato varieties, but that was only because I didn’t have enough of the one I had wanted to use because it had been around for a while and was beginning to sprout.

The Carola, in the Greenmarket, when first purchased, 3 weeks ago: 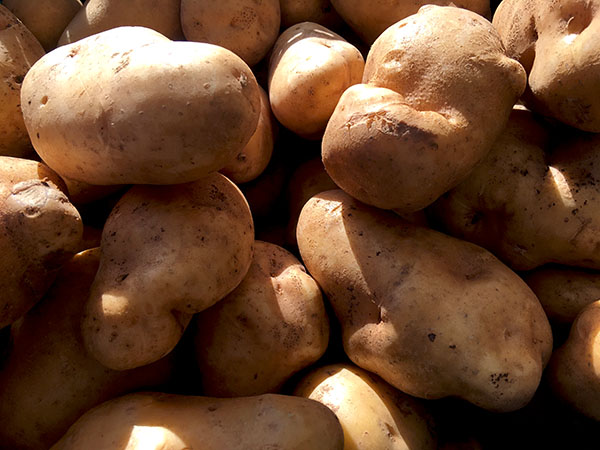 The Dark Red Norland, in the Greenmarket yesterday: 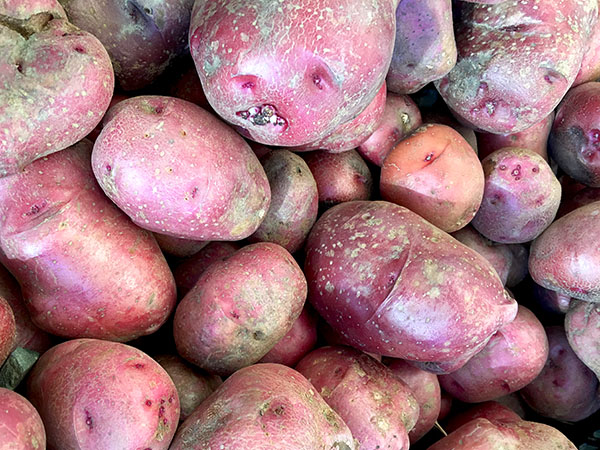 Its now early February, but I may have more green vegetables in the refrigerator crisper than I can properly handle (aside from herbs and micro greens, there’s Cavalo Nero, Savoy cabbage, radish greens, Japanese scallions, a little leek, a little celery, and collard greens). Last night I used most of a bunch of the beautiful collards I had picked up on Monday. 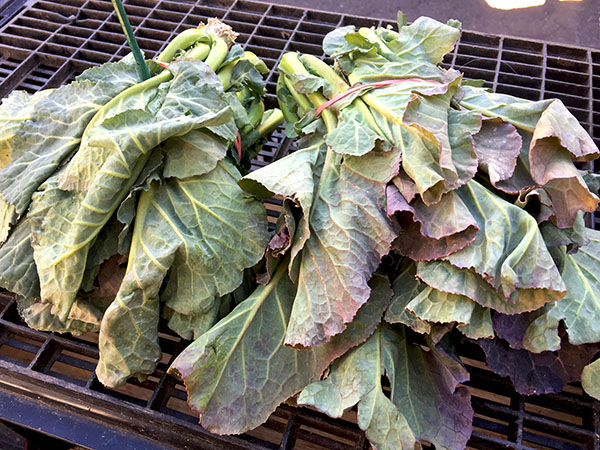