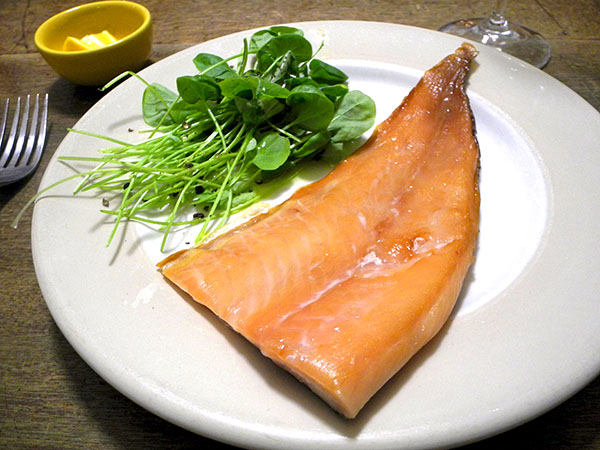 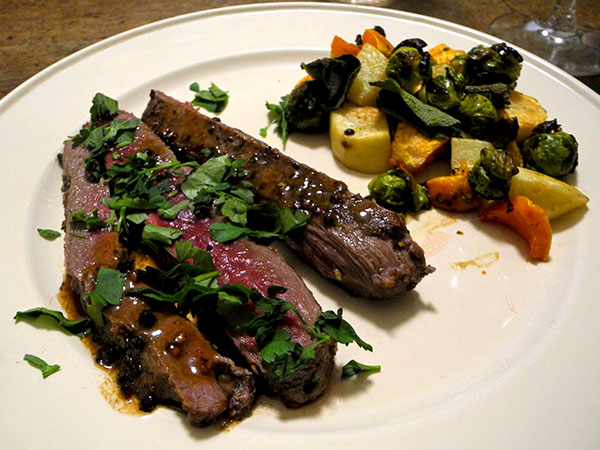 We had some elk in the freezer, remaining from some given to us last spring by a friend who has a cousin who hunts, in the wilds of Kansas. At that time it had been a sirloin steak; on Sunday it was a flank steak.

I’ve had very little experience with that cut, even with beef, so I did some reading, and although I thought I had approached the process in a reasonable manner, the result was more chewy that I had supposed it would be. One of the reasons I’ve avoided flank, skirt or similar cuts is my fear of slicing the meat in the wrong direction once it’s been cooked, which is probably what happened here (it’s best sliced “across the grain”, a description not always obvious to me when I’m in a hurry).

In any event, it was tasty, and there was enough left to include in another dinner.

This rich meal began with a light course of smoked fish, garnished.

The main course was pretty simple to prepare, in spite of the richness of the ingredients.