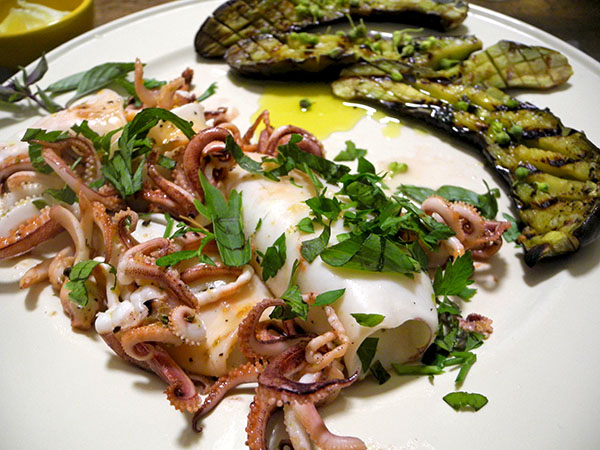 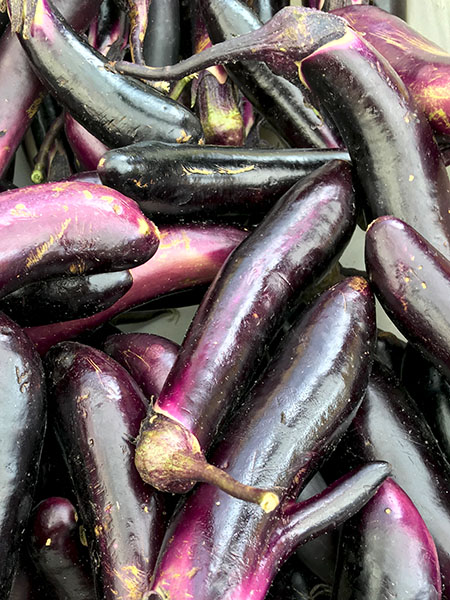 I’ve made the Mario Batali’s recipe for grilled eggplant (using all kinds of eggplant) something of a classic in our kitchen; and this alternative to using an oven in the preparing small squid, bodies and tentacles (a lot of tentacles in this instance) is approaching the same status.

They’re both delicious, and each of the formulas is open to variations.