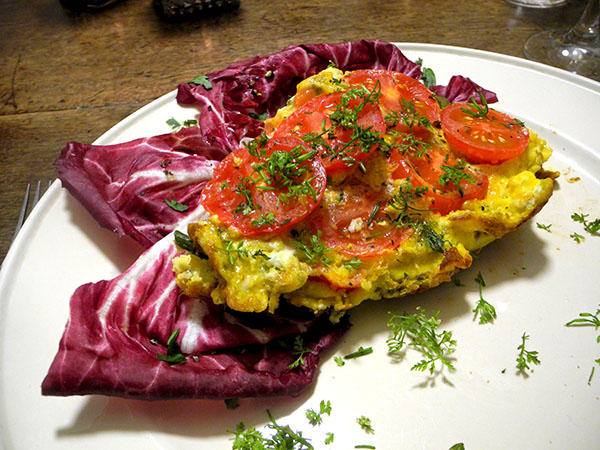 The frittata was improvised. I had a good supply of fresh eggs, more than enough garlic scapes, lots of tomatoes, but the trigger was a sighting of fresh blossoming chervil in one of the stalls in the Union Square Greenmarket that day. I’m always on the lookout for something new, and while this particular very ancient herb was known to me, I don’t think I’ve ever seen it in a market, and I know I haven’t used it in the kitchen. 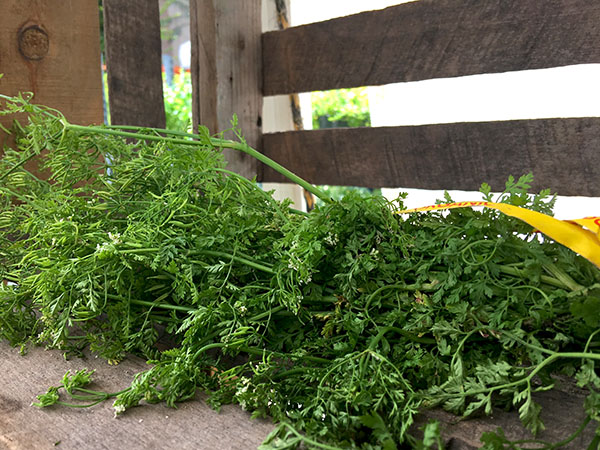 I was sure it would be a good companion for the mix in this frittata, and I used it in both the egg mixture and as a dusting on top of it after it left the broiler.

The other ingredients were few: about 6 or 8 ounces of garlic scapes (no other garlic form was used); 2 kinds of tomatoes, ‘The Best Tomatoes’ from Stokes Farm, within the egg mix itself, and half a dozen Backyard Farms Maine ‘cocktail tomatoes’ from Whole Foods, sliced and placed on the top after the egg had partially cooked; there was also sea salt and freshly-ground Tellicherry pepper, and a couple tablespoons of milk. 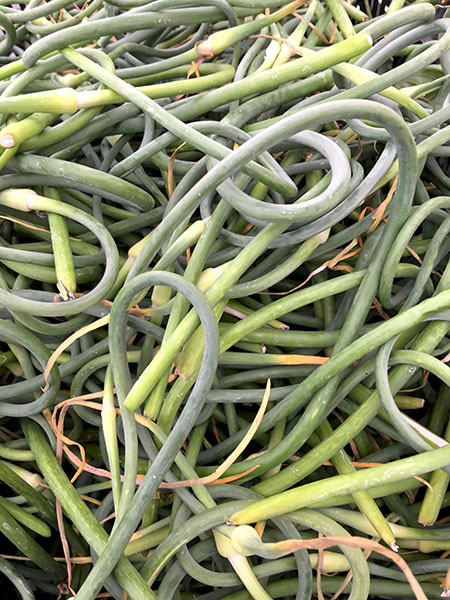 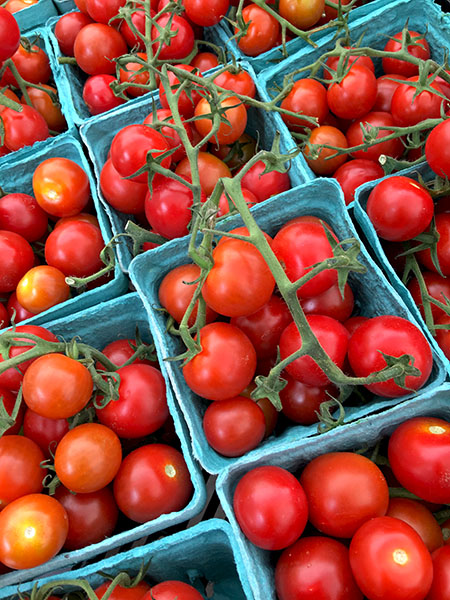