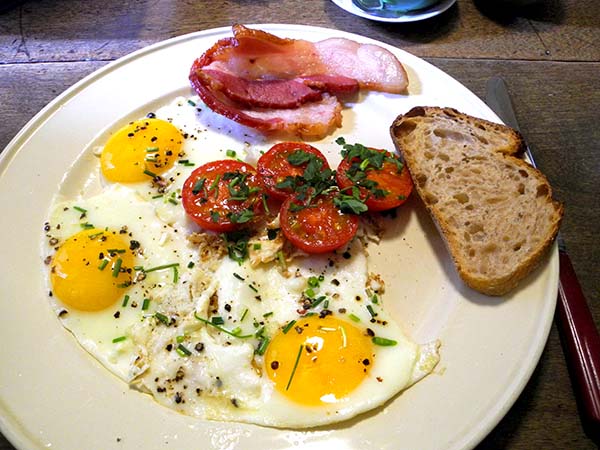 Since we would be heading out to the Jewish Museum afterward, I suppose this hearty Sunday breakfast could be called ‘unorthodox’, in light of the title of the museum’s current show of that title.  That same afternoon we were also able to visit some of the rooms of the permanent exhibition, which I can heartily recommend to anyone.