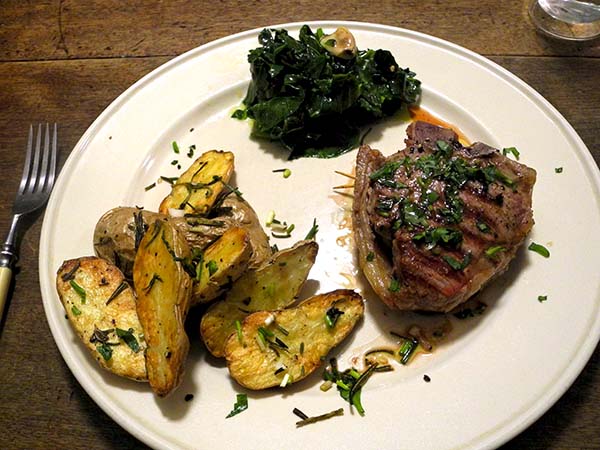 After a certain amount of experience in various cities – and countries – including both good and less good experience with the meats available at local farmers’ markets, I’ve come to the conclusion that the amount of satisfaction that comes from cooking any cut of meat depends very much on the excellence of the butcher. These particular two chops were as beautiful to look at – both before and after grilling – as they were delicious to eat.