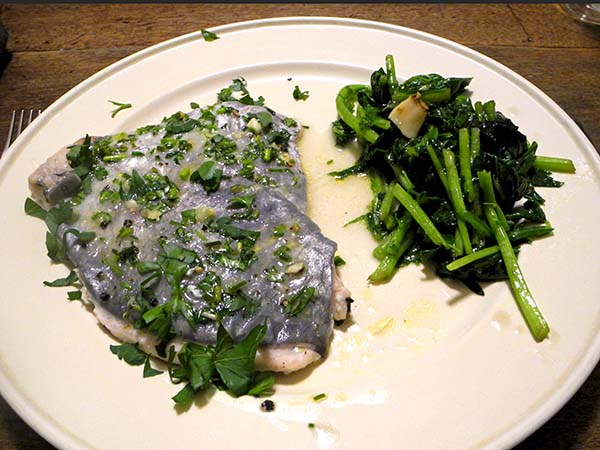 looking a bit like emeralds mounted on silver, but much more rewarding

I’ve prepared John Dory, which I’ve described as “aka le Poisson de St.Pierre, Pesce San Pietro, Petersfisch, Heringskőnig, Zeus Faber, or ‘the-funny-shiny-one with-the-sourpuss-face'”, at least 3 times since initiating this blog. Each time I assembled it a little differently, but the fish itself has always retained its distinctive flavor and texture, a flavor and texture quite unlike other white fish.

This time, as always, the formula was adjusted for the season, and for what I had on hand.