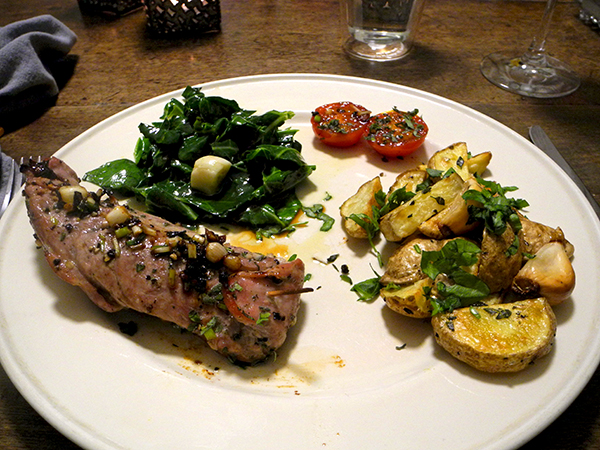 The entrée was unanticipated: I had gone to the Greenmarket stand of our friendly Vermont cheese makers to buy one of their new ‘experimental’ cheeses, but when I arrived Peter showed me some quite small frozen pork tenderloins, and I couldn’t pass them up.

Consider Bardwell produces absolutely wonderful goat and cow cheeses, and a certain amount of meat from the farm has become increasingly visible at the market. It’s all been first rate, but this was the first time I had taken home any of their pork, and it was equally delicious.