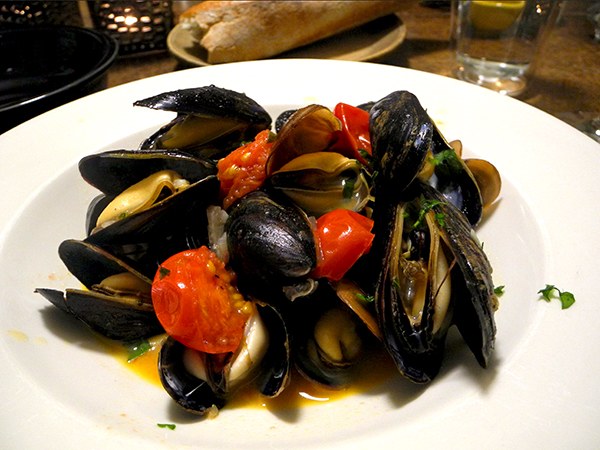 an extraordinary dish, also one of the simplest, and least expensive to make

I came across this recipe some time ago, and have enjoyed it a number of times since.  I found it in the New York Times, where it was described as adapted by Sara Dickerman from “The Herbal Kitchen,” by Jerry Traunfeld.  The biggest challenge for most home cooks may be locating the fresh lovage, but it’s worth it, wherever that hunt may take you.

The easy part: There’s very little preparation necessary for any of the (few) ingredients, and everything goes into the pot at once, after which dinner is ready in little over 5 minutes.