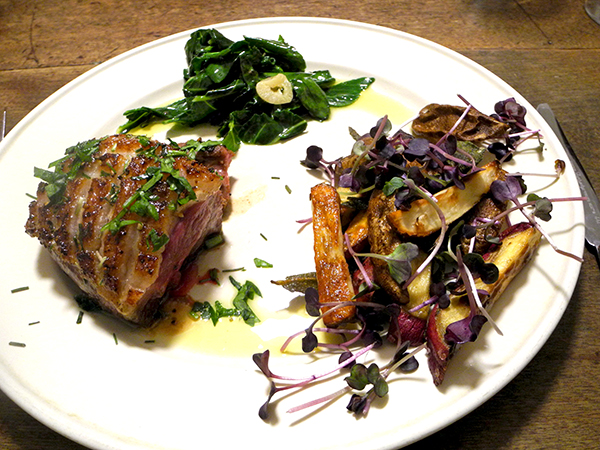 This is supposed to be a plate of savories, and I definitely don’t have a sugar tooth, but, when it comes out of the ingredients naturally, I get ‘sweet’. The dry marinade for the duck, which is itself inherently sweet, included just a pinch of natural sugar, the greens may have been the sweetest I’ve ever tasted, and the potatoes were (at least partly), well, sweet potatoes, and the micro greens were amazingly sweet.