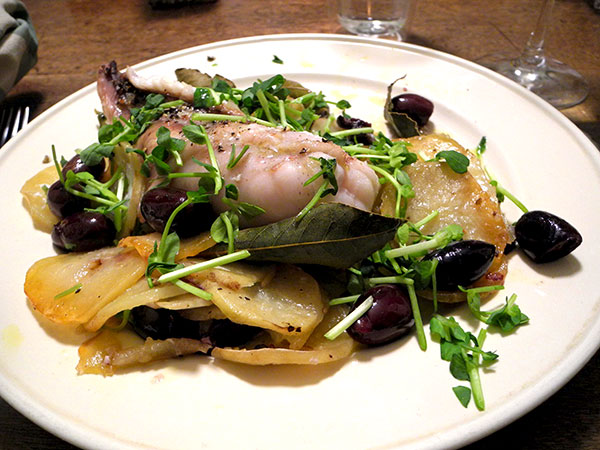 The addition of pea sprouts is the only thing that distinguishes this entrée, which is one of our favorites, from this or several other of its antecedents on this site, but it was also enough to bring it gently into this spring season.