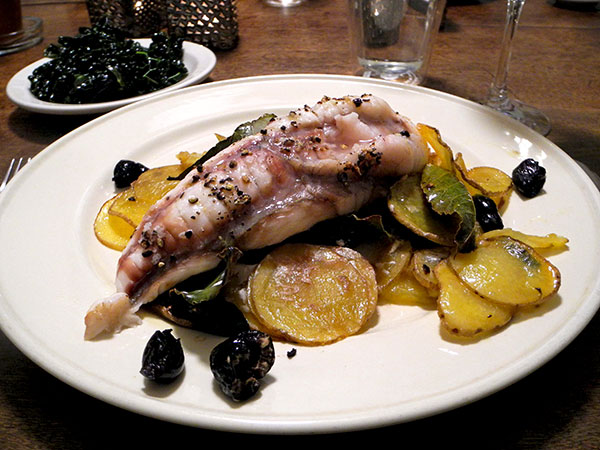 This meal may be the one I repeat in our kitchen most often.  It’s a Mark Bittman recipe which I cut out of the New York Times 15 years ago (Note: I’ve learned to use only about two thirds of the suggested amount of olive oil;  any more than that and you’ll probably find the potatoes swimming in it at the end).  The formula can be prepared with many different kinds of fish, basically any white fish.  Bittman:  “Monkfish works very well . . . . But other fillets will give similar results, including red snapper, sea bass, pollock, wolffish, even catfish.”  I make one other alteration to the recipe:  While I almost never peel potatoes anyway before cooking, I definitely do not when preparing this dish.