This will be the last entry until the middle of the week.  Barry and I are going to be in Philadelphia for two days, so I’m going to get to eat out!

For tonight’s secundi, we shared part of a wild salmon fillet, and a bunch of not-so-wild kale. 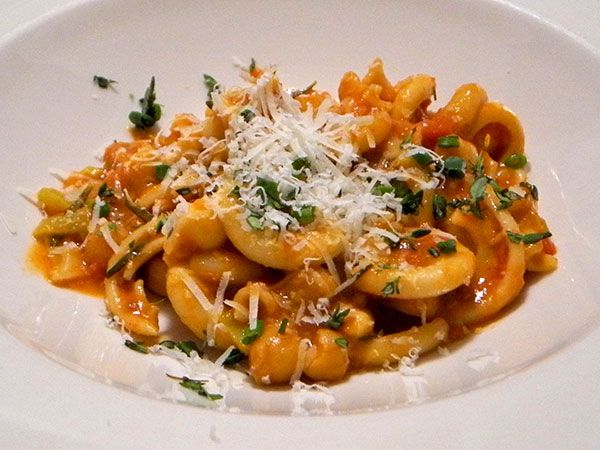 We had started with a primi which was a slight alteration to small amount of the pasta left over from dinner last night.  Surprisingly, it was even more delicious the second time around.