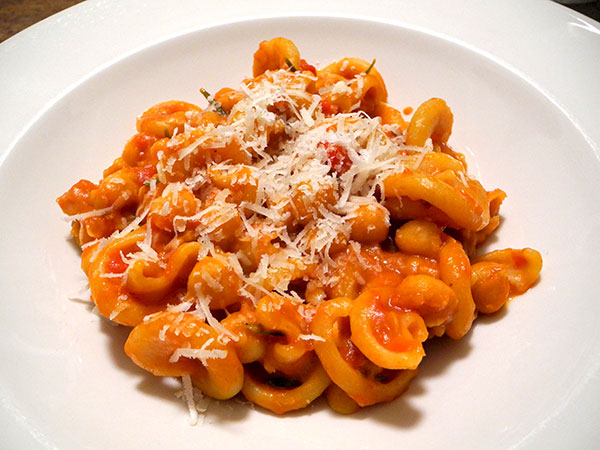 This luscious dish is very Italian, and very simple to prepare, although it’s also rather counterintuitive for those of us who have always thought that pasta had to be cooked in plenty of water.  It happens to produce a delicious primi, or a bowl which could serve as a main course, if one dares to offend Italian convention.

Americans generally don’t suffer from a lack of protein, but I’ll mention anyway that the extremely ancient chickpea is a rich source of that essential dietary component.