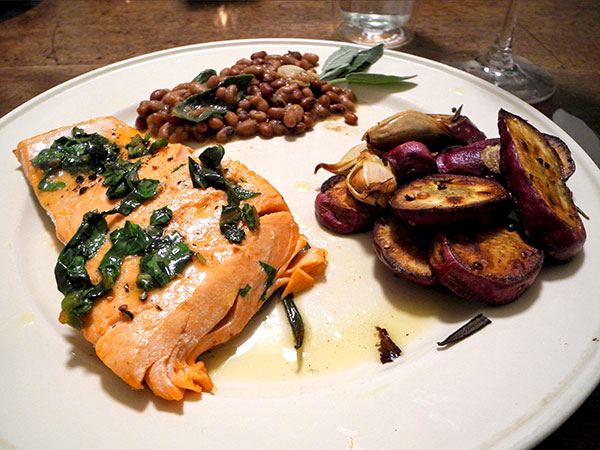 This meal demonstrated the amazing impact fresh herbs can make on three very different food groups, as well as the blessings of a good larder regularly restocked.   Working out the larder part is pretty easy when the kitchen is used regularly.

The herb part is just as easy, but, again, that assumes frequent meals at home.  The Pacific salmon had been frozen before it arrived at Whole Foods, the Italian-grown beans arrived in my kitchen already cooked and sealed in a jar (and in fact they had been opened and half used two weeks earlier), and the sweet potatoes had been dug out of the ground in Kinderhook some time last year.  None of the three had been harvested the day before, and none would have come fully into its own without the help of a fresh herb.